Main Street School gets an upgrade with school bond dollars

“I lived and breathed the work on this building for four years and I think everybody involved with this did a fantastic job,” Laura Hess, executive director of special education for the St. Vrain Valley School District, said. “It’s amazing.”
Sep 6, 2020 11:00 AM By: Monte Whaley 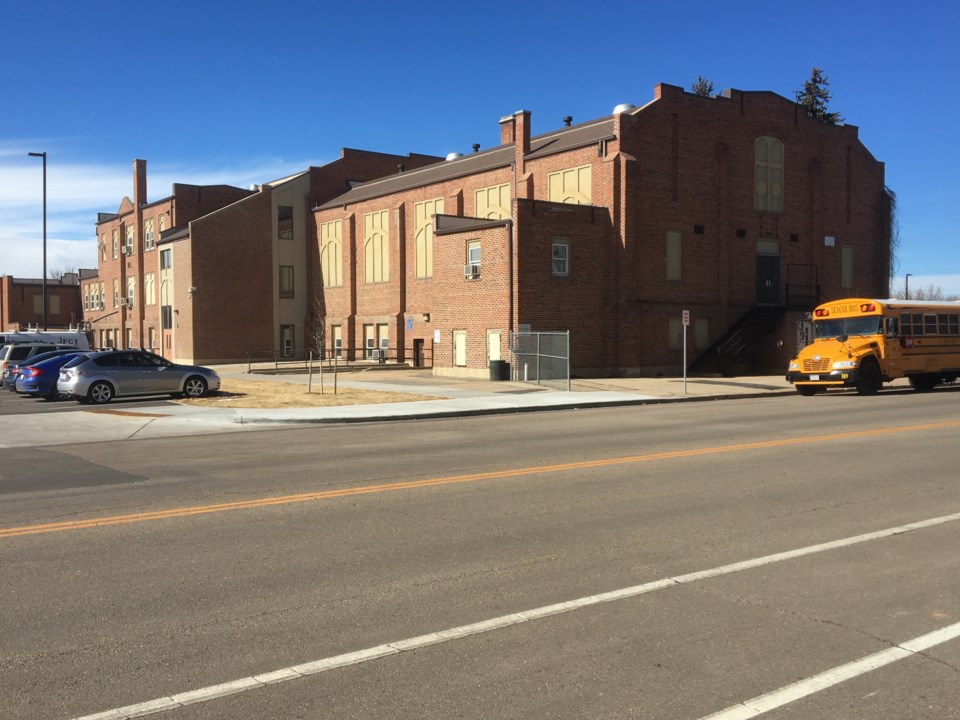 The rehabilitation of Longmont’s Main Street School put a new shine on the century-old structure and produced a welcoming learning environment for the facility’s special needs students, say the school’s leaders.

“I lived and breathed the work on this building for four years and I think everybody involved with this did a fantastic job,” said Laura Hess, executive director of special education for the St. Vrain Valley School District. “It’s amazing.

“We wanted to create a place where students with special needs feel like this is a hub for what we do. And we also wanted to honor this building and what so many people in Longmont remember about it.”

The changes include a wider, more inviting entrance and a cafeteria and commons area where students learn to prepare their own meals and gain the skills to live on their own, said Main Street Principal Kate Green.

Both Hess and Green advised and oversaw the rehabilitation of the building, which was built in 1901 and served as Longmont’s first high school. The school has morphed several times over the years and has served a variety of student populations.

The three-story Main Street School now houses approximately 170 students with individual needs and programs aimed at teaching life skills, according to the district. Some students are 18- to 21-year-olds who need services to transition from high school to adulthood.

Main Street School is one of three major projects finalized this fall as part of the district’s $260.3 million bond issue passed by a wide margin of voters in 2016.

The school includes a “Creation Station”, an outdoor movement plaza, a two-story gym, and many open spaces with flexible seating options, kindergarten teacher Jennifer Stanich said in the release.

“The color-coded pods make the building so colorful, there are lots of wood features throughout the building, and beautiful accent lights in our foyer. Each pod has a breakout space for students to work in with lots of flexible seating,” Stanich said.

St. Vrain Valleys first secondary school, Longmont High School, also was reworked. The south entrance was renovated and now serves as the main entryway, according to the district press release.

Additional improvements include a remodeled and expanded cafeteria and student commons area, new counseling and career center space, improved insulation to older areas of the building, new HVAC units in every classroom, updated locker rooms, new hydration stations around the school, and new windows and siding around the exterior of the building, according to the release.

Main Street School got about $5 million from the 2016 bond issue and another $2.2 million from a state Building Excellent Schools Today, or BEST, grant. Much of the BEST funding went to improve ventilation in the building including new HVAC units.

The new entrance is now wider and brighter and more inviting to students and parents, Green said. “We wanted our students to feel they were walking into a new, traditional school,” she said.

The school now has a bus loop closer to the school building, updated accessibility features, additional open spaces with windows and access to natural lighting.

“We really just wanted to open the building up for our students and make it more inviting to them,” Hess said. “I think we have done that.”

St. Vrain has utilized $226 million of the $260.3 million 2016 bond issue. Upcoming projects under the bond include a new elementary school in the Erie Highlands Subdivision, a new nine-classroom wing at Frederick High School, and a new pool for districtwide use at Silver Creek High School, according to the district.

Calling all stars: SVVSD holding performing arts college info night next week
Sep 17, 2020 9:30 AM
Comments
We welcome your feedback and encourage you to share your thoughts. We ask that you be respectful of others and their points of view, refrain from personal attacks and stay on topic. To learn about our commenting policies and how we moderate, please read our Community Guidelines.