“With the hybrid model we have a series of things to mitigate risk,” Superintendent Don Haddad said. “We know we will never fully mitigate 100% of all risk.”
Jul 23, 2020 1:40 PM By: Monte Whaley 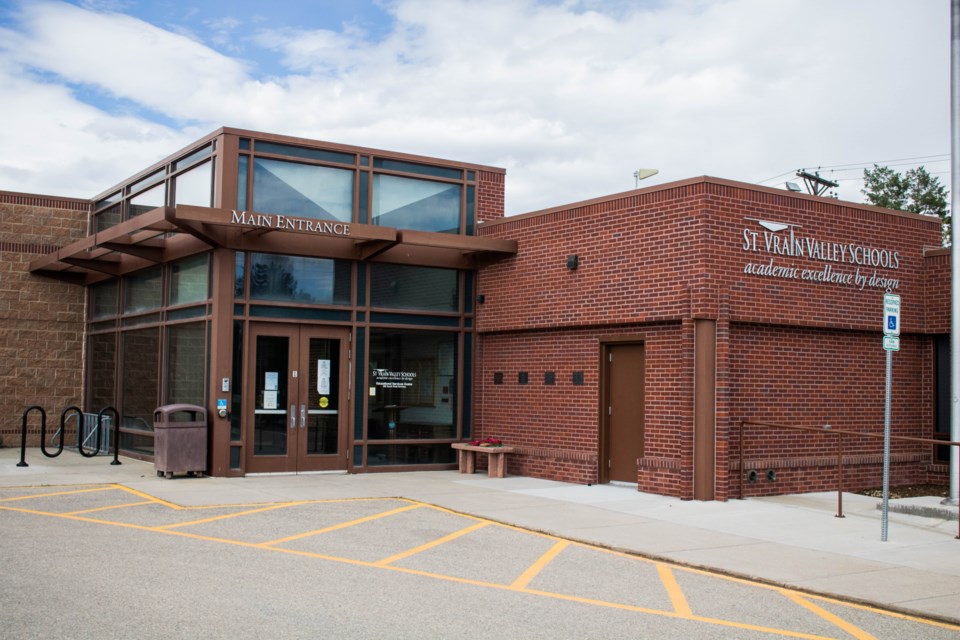 All students also will be allowed to enroll in a fully online learning program if they don’t feel safe in classrooms, Superintendent Don Haddad told school board members Wednesday night in discussing the district’s hybrid model for the coming school year.

The online program was introduced for families who don’t consider in-person learning the best option this fall, Haddad said.

The district hopes to cut class sizes in half with the hybrid approach, Haddad said.

“With the hybrid model we have a series of things to mitigate risk,” he said. “We know we will never fully mitigate 100% of all risk.”

Still, Haddad said, “we have put in a number of protocols that will diminish the risk significantly.”

Jeff Zayach, executive director of the Boulder County Public Health, who attended the school board’s virtual meeting on Wednesday, said the St. Vrain Valley plan does not completely eliminate the danger of a virus outbreak. But it comes close given the rapidly changing COVID-19 environment.

“We are not planning on not having an outbreak,” Zayach told school board members. “We are going to have outbreaks. The plan St. Vrain Valley has put out at this point, meets that reduction of risk.”

The district will spend $3 million for additional staff members to help meet the goal of cutting class sizes in half,  Haddad said.

Zayach said the risk of infection in Boulder County is lower compared to other parts of the state, which makes the St. Vrain Valley bid to reopen classes a safer bet. Children also need to be in the classroom, he said.

Open to all St. Vrain students, the program offers preschool through 12th grade courses taught by St. Vrain teachers and is delivered via Schoology.

The district is asking parents to closely screen their students at home before sending them to school.

Families also are asked to ensure students have at least two face coverings for the start of the school year. One will be kept at the school in a zip-close bag marked with their name in the event they forget their face covering. The other will be worn each day during school hours.

District crews are working this summer to ensure each school’s heating and cooling systems are operating at their highest capacity to improve quality air flow and ventilation. Additional custodial staff have been hired to help disinfect and clean schools each evening, according to the district.

Social distancing will be encouraged through one-directional hallways, staggered recess and movement times through the building.

An epidemiologist and several contact tracers have been assigned to St. Vrain to work closely with district nurses and administrators to help should there be a case of COVID-19 in a classroom or a school environment, Haddad said.

St. Vrain’s updated plan was unveiled just a day after the Colorado Education Association a petition to Gov. Jared Polis and education commissioner Katy Anthes expressing concerns about the return to in-person learning across the state. The union is calling for individual school districts to establish their own protocols, publicly release the data used in reopening decisions and to provide all students with access to remote learning tools such as computers and Wi-Fi.

During a news conference on Tuesday, CEA President Amie Baca-Oehlert presented a survey of nearly 10,000 union members that said nearly eight in 10 teachers would be "willing to join their colleagues in refusing to return to work" if those conditions aren't met, the Associated Press reported.

Elsewhere in Boulder County, Boulder Valley School District on Tuesday announced that it is pushing the fall start date back a week to Aug. 26 and that it will use a “blended” model in which students attend in-person classes and complete home learning.

Correction: The fully online program was included in the district’s initial reopening plan unveiled in June. That information was incorrect in the original posting of this story.

SVVSD high school students pay surprise visit to former teachers to say thanks
May 8, 2021 8:00 AM

Robots help special education and English learners with speech and social skills
May 7, 2021 8:00 AM
Comments