If you look to the north this morning, you'll see the edge of the smoke from the West Coast. In the short term, this is drifting to the east past us.  Some lower level smoke is inching southward.  The model also shows a bit of smoke starting from the Cameron Peak fire moving to the east northeast at first.  We are still in a relatively clear spot, but there is smoke inching in from all directions. I've added black arrows showing the direction different parts of the cloud are moving across the U.S. 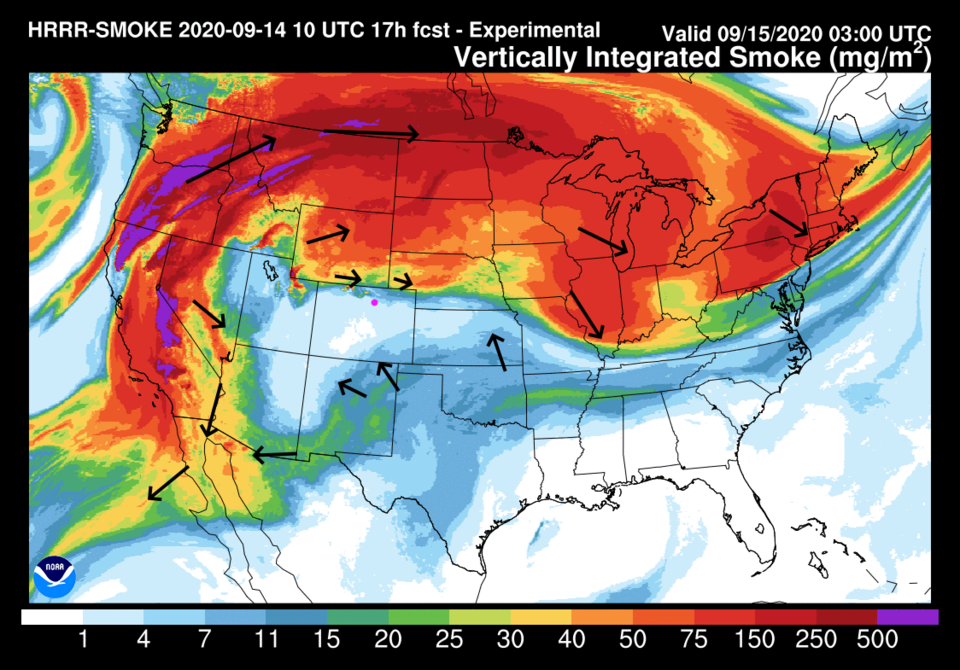 Figure 1 update: the HRRR smoke at all levels forecast for Monday night.

Warm, but not hot, clear, mostly smoke free and dry weather is the rule for the week.

Our giant cold front, early in the week, blew the West Coast smoke out to sea. You can see it from a camera almost a million miles from Earth in this image from the NASA Earth Observatory (Figure 1 below). Simply catastrophic. 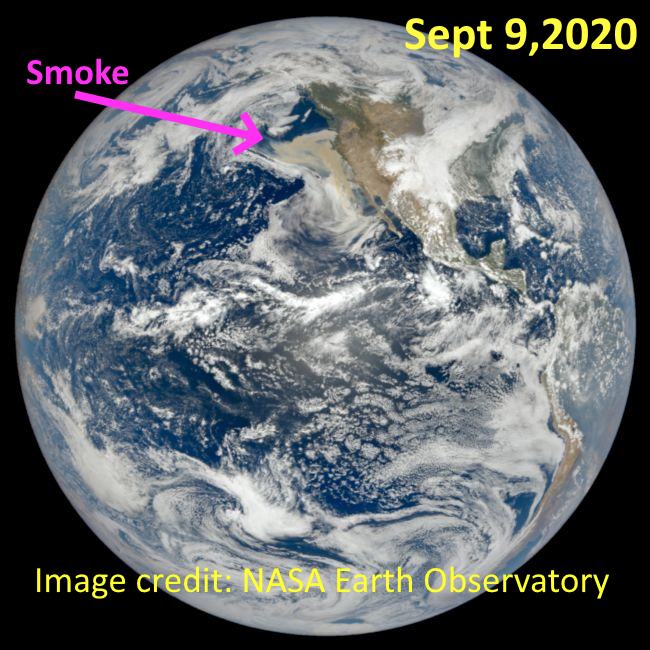 The usual westerlies at our latitude are beginning to push the smoke to the east again. The ridge is now centered to our northwest keeping the smoke north of the state (Figure 2). The current smoke drift arrows are added in black. The smoke will begin to return later this week when the upper air winds shift to bring a trough in at week's end. 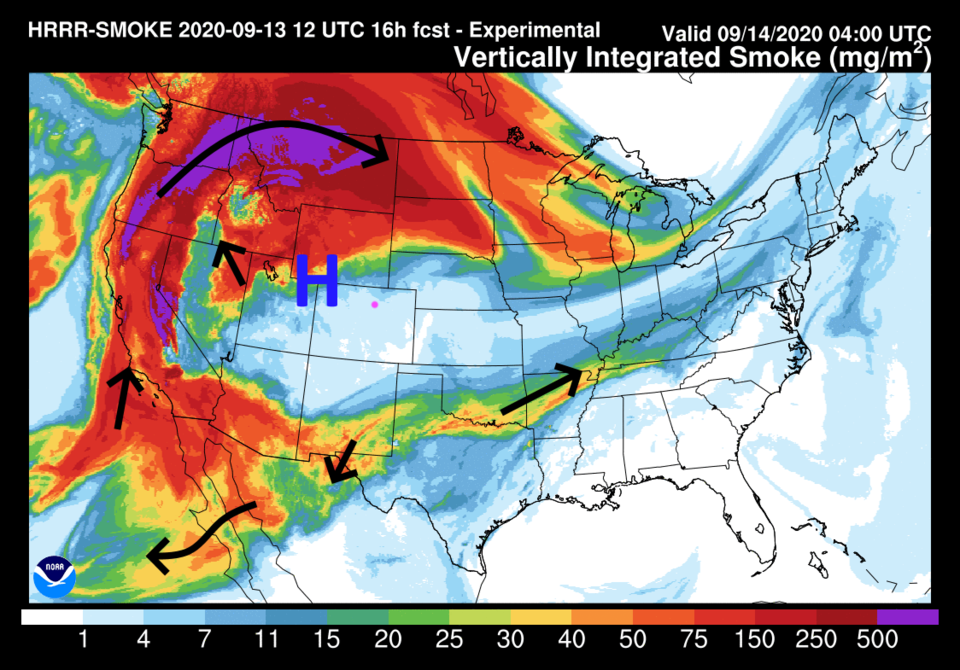 Figure 2: the HRRR smoke at all levels forecast map for early Monday morning from NOAA

You can see the same smoke drift arrows, in Figure 2, in the upper air map of Figure 3 below. 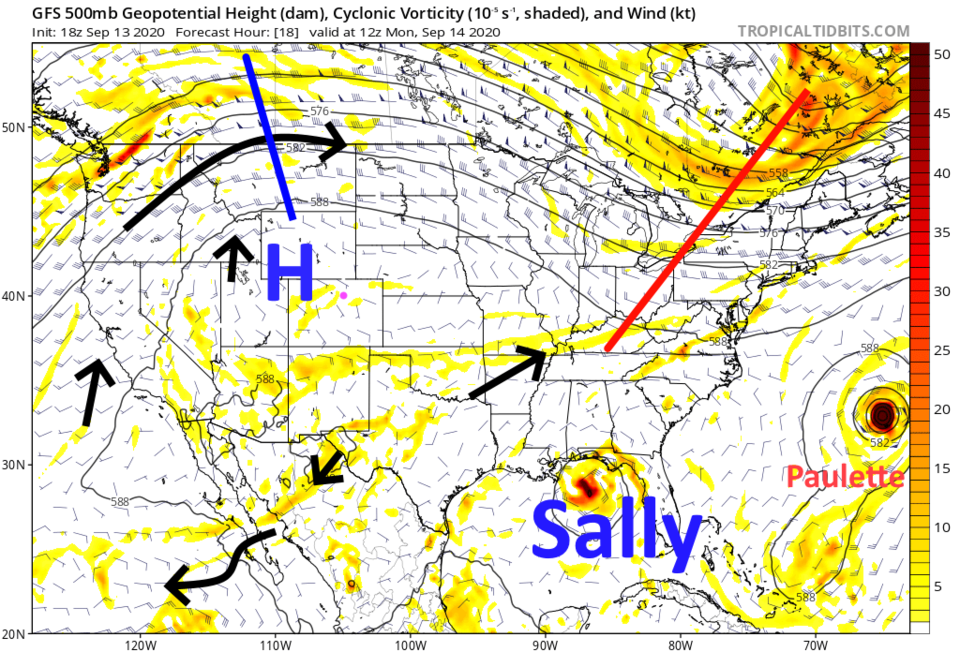 That ridge keeps us with high temperatures just below 90 F, and maybe briefly above 90 F once or twice, through Thursday, Figure 4.

Figure 4: the 10 day graphical forecast for Longmont from weatherunderground.com

The Global Forecast System, GFS, gives us no precipitation at all over the next five days, Figure 5.  There is little over the next ten days as well (not shown). 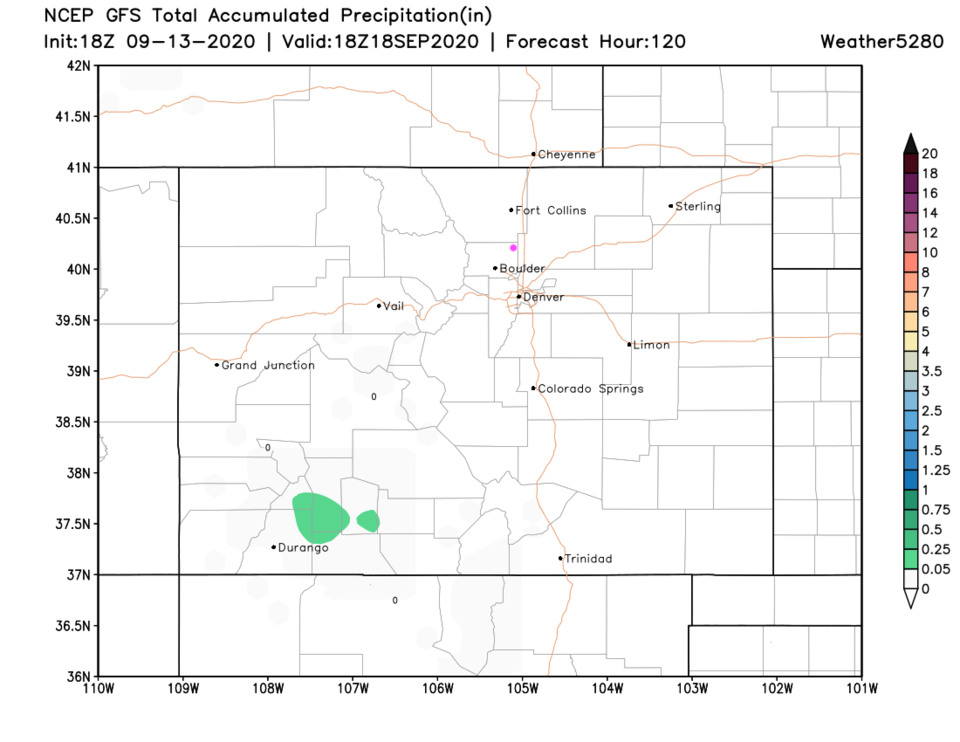 Figure 5: the total precipitation forecast from GFS over the next 5 days from weather5280.com

We will see a cool down begin on Friday, Figure 4. This is due to a trough pushing in from the west that will also push smoke more directly into the middle latitude states (Colorado). The ridge slides over to the Great Lakes by Sunday, Figure 6. We get to cool down further. 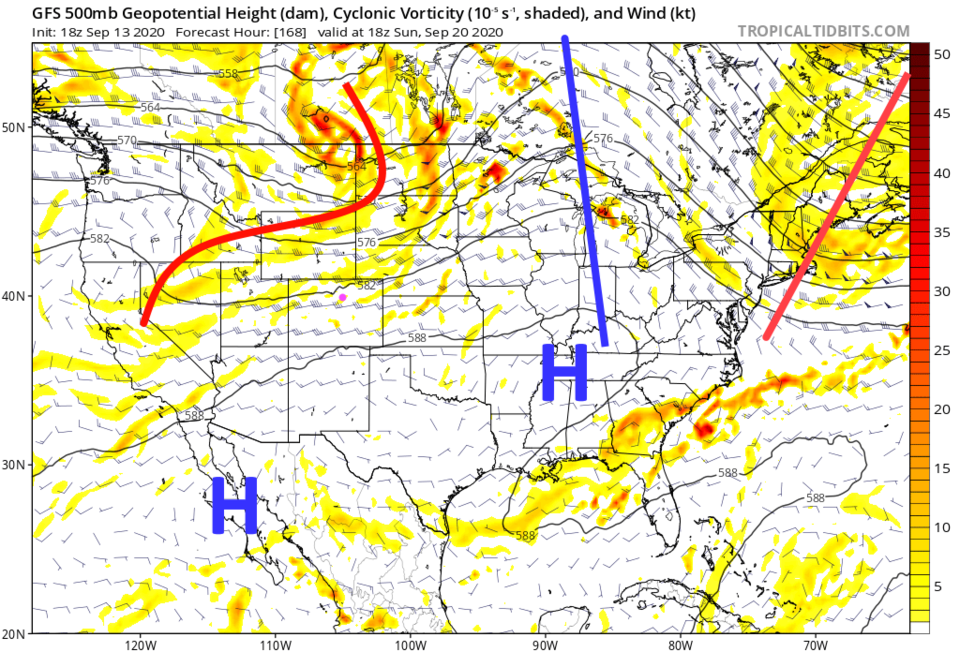 We do have a Tropical Storm Sally developing in the Gulf of Mexico and drifting towards New Orleans. If it slows down too much there will be time for it to reach hurricane strength before landfall. Other models move it more to the east for a landfall near the Mississippi and Alabama coast line. Keep an eye on that if you have relatives in the area. This will be a very dangerous situation for folks along the Louisiana to Alabama coast. 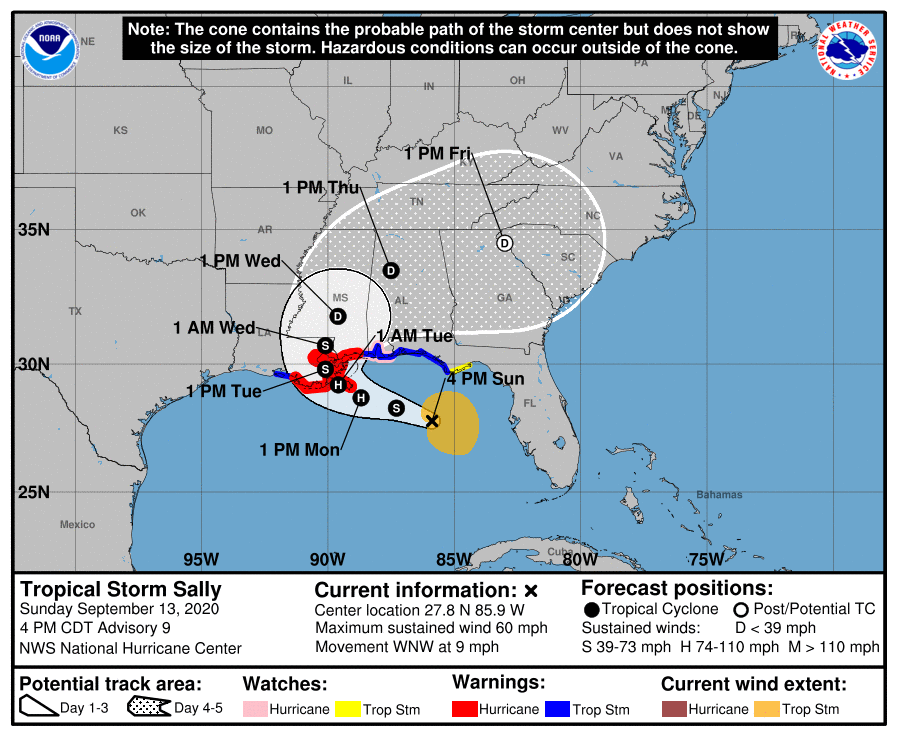 Longmont Weather Forecast: Smoke returns from west coast
Sep 18, 2020 7:32 AM
Comments
We welcome your feedback and encourage you to share your thoughts. We ask that you be respectful of others and their points of view, refrain from personal attacks and stay on topic. To learn about our commenting policies and how we moderate, please read our Community Guidelines.

Clear to partly cloudy and mild

Clear to partly cloudy and mild