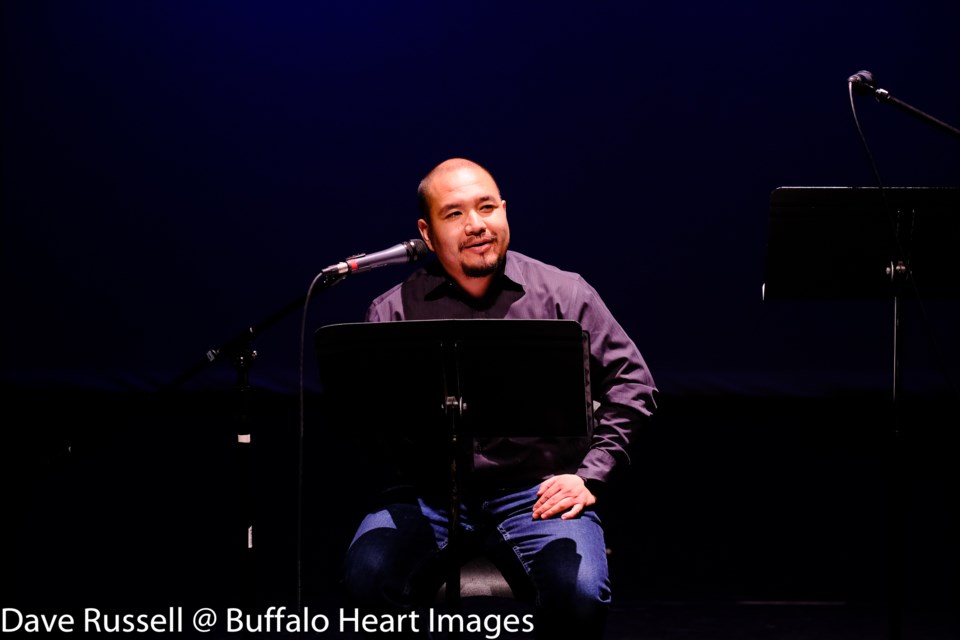 Longmont resident Juan Juarez delivers his monologue, "Not Your DREAMer" from Motus' UndocuAmerica project on stage. The same monologue will be read by Congressmen Joe Neguse and Jason Crow on Jan. 7, 2020.Dave Russell / Courtesy photo

Experiences of undocumented immigrants will be the focus of a Motus Theater virtual event on Jan. 7 as U.S. Reps. Joe Neguse and Jason Crow read the story of Longmont resident Juan Juarez.

In collaboration with Carne y Arena, a virtual reality experience created by award-winning director Alejandro G. Iñarritu that explores the human condition of immigrants and refugees, Motus Theater is presenting “UndocuMonologues: Stories from our Undocumented Neighbors.”

“We create original theater to facilitate dialogue on critical issues, and immigration is a critical issue for our country,” said Tania Chairez, an undocumented immigrant from Mexico and national outreach and education director for Motus Theater.

Three stories will be read during the Jan. 7 performance, one by the congressmen and the other two by the authors.

“We want to bring to light the experiences of undocumented immigrants and help people understand the impact of policy and this is one of the many ways we try to do that,” Chairez said. “During the performance, we will ask the representatives what it was like to read the story aloud, to hold it as a congressional representative, and will ask the same of Juan … we want to spark some discussion.”

The performance is one of a series of similar events during which prominent Americans step into the shoes of undocumented immigrants to help spark connection and action, Chairez said.

“We gathered undocumented (community) leaders to create monologues in 2018 and since then, they have been touring across the state and the nation,” she said. “We’ve had different leaders across the country … step into our shoes by doing the mere act of reading the stories aloud, by carrying weight of story, they can feel a closer connection.”

Longmont resident Juarez arrived in the United States at age 14. Twenty years later, he has become increasingly involved with groups and efforts that advocate for immigrant rights.

“All of us who are telling our stories are undocumented or individuals protected under the Deferred Action for Childhood Arrivals program. What we want is for people to understand, to put themselves in our shoes,” he said. “We have something to say as undocumented people, what we feel in this moment.”

His monologue tells the story of his experience in Washington a couple of years ago, when the Senate failed to advance a bipartisan proposal to create a path to citizenship for nearly 2 million DACA “dreamers,” undocumented immigrants who came to the United States as children.

“We visited with different senators and congressmen, we went to reunions, conferences, and I had the chance to be there when they were going to decide whether to bring in the vote or not, or close down the government, I was witnessing the senators decide my future,” he said. 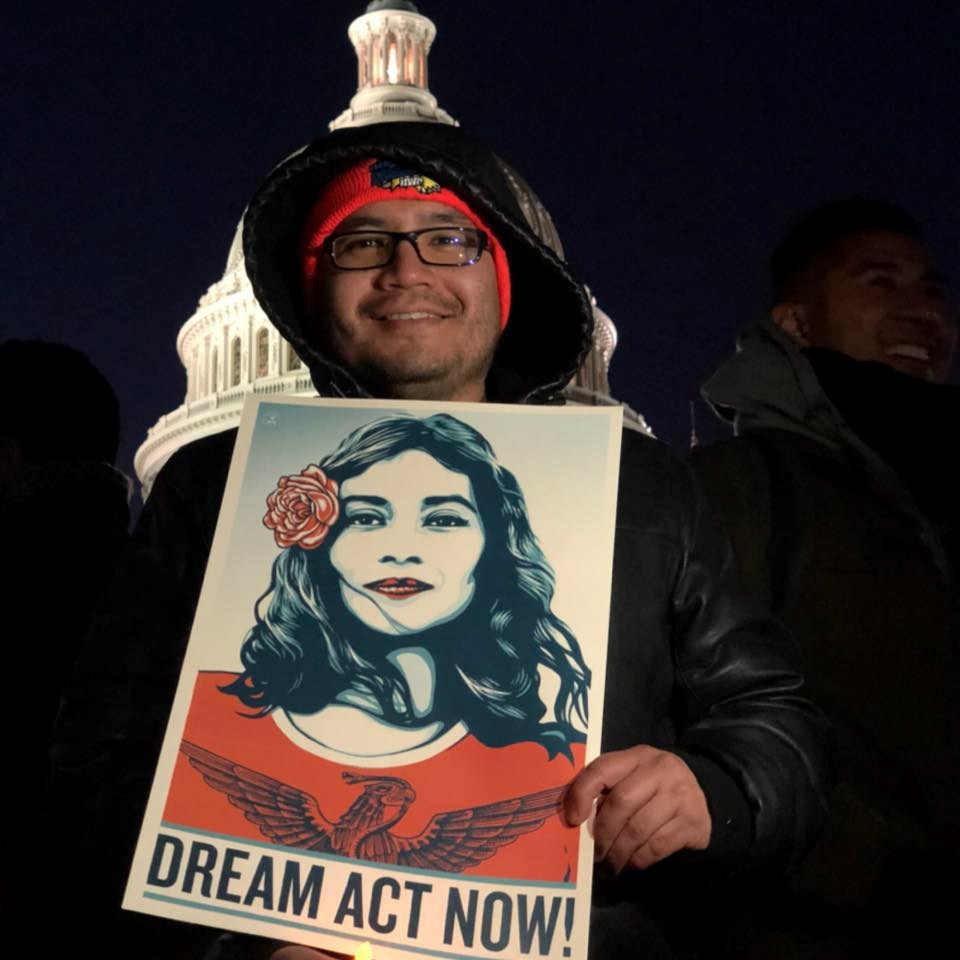 Longmont Juan Juarez during a lobbying trip to Washington, D.C. By Photo courtesy of Juan Juarez
Juarez’s story will touch on his uneasiness in feeling like a means of exchange in a controversial political match.

“I was not OK with that, to be used as a currency,” he said. “The event with the representatives will be about what I want to say, what I experienced in that moment, what I thought, how I lived it, my own point of view.”

Through the Motus event, Juarez said he hopes to raise the awareness and consciousness of the community to stay vigilant as a new presidential administration begins.

“We have to keep on pushing legislators, senators, representatives, even our own local government, so that they are aware that nobody is safe just yet, a change of administration does not mean we are safe, we need to keep pushing and we are not satisfied,” Juarez said.

The free performance will kick off at 6 p.m. and is open to the public. The three stories to be read will be followed by a performance by Uruguayan musician Elisa Garcia and will end with a final question-and-answer section with the Colorado Immigrant Rights Coalition, according to Chairez.

To register for the event, click here. The performance also will be livestreamed via the Motus Theater Facebook page to be accessed without registration.