Frequent Flyers to light up space above stage at Longmont Museum

Frequent Flyers' “Because the Sky is Blue” on Sept. 10 will be the Museum’s only in-person, ticketed performance event for the fall season.
Aug 24, 2020 11:00 AM By: Sheila Conroy 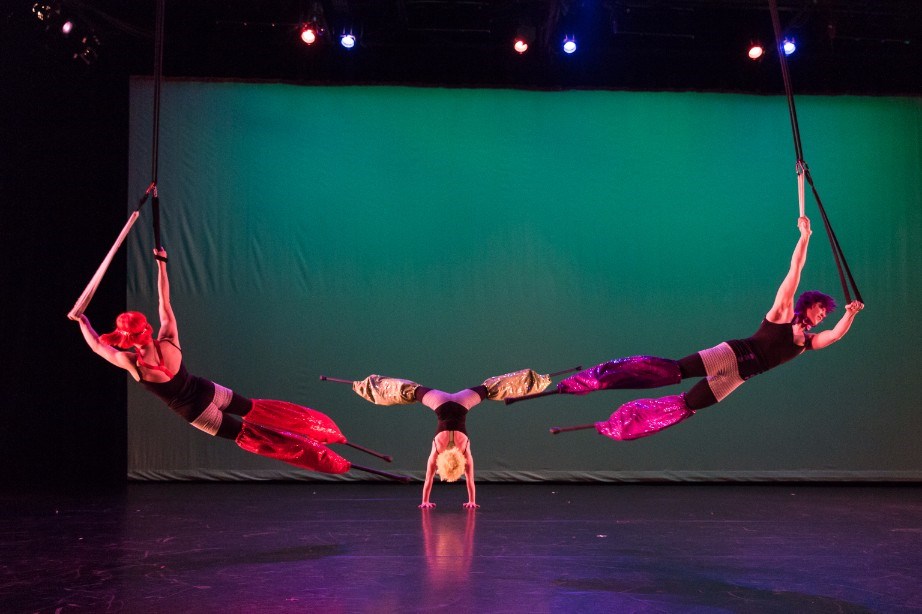 The Frequent Flyers aerial dance troupe will perform at the Longmont Museum on Sept. 10, 2020. (Courtesy photo)

Earlier this month, the Longmont Museum had a few special summer concerts that were not only viewed online but also were available for members to attend in person. The Stewart Auditorium was organized with social distancing seating and audience members were required to wear masks. Now the Museum is planning to kick off its fall programming with an in-person performance by the nationally acclaimed aerial dance company, Frequent Flyers.

“Because the Sky is Blue” on Sept. 10 will be the Museum’s only in-person, ticketed performance event for the fall season. Entry between 7 and 8 p.m. will be timed to accommodate social distancing, and the number of tickets will be limited and only will be sold in advance.

Frequent Flyers has tailored is performance especially for the Museum and draws inspiration from Terry Maker’s “Because the World is Round” exhibition, which is on display through Sept. 13. Ticket prices include admission to the exhibit. Small groups of audience members will be led through the Museum, with performances in the atrium, classrooms and courtyard. Featuring dancers suspended in midair, the event is designed to help attendees see the world from a new perspective.

All audience members, staff and performers will be required to wear masks.

Frequent Flyers Aerial Dance is a Boulder-based nonprofit founded in 1988 by Artistic Director Nancy Smith. Frequent Flyers’ mission is to create and promote the magic of aerial dance through performance and education. Its vision is to help all people to see the world from a new perspective through experiencing the upside-down realm of aerial dance. The philosophy of the troupe is that such an expanded consciousness helps people maximize their creative potential, in turn providing fertile ground to address issues, create opportunities and solve problems.

Frequent Flyers has an extensive education program, a student company with over 40 members, and outreach programming for at-risk youth and pre-professional training for teens and adults. It has taught aerial dancing to more than 21,000 students.  The professional performing company has won many awards and accolades, and more than 200,000 audience members have experienced its performances. Frequent Flyers also created the international Aerial Dance Festival, which celebrated its 22nd year with a sold-out a virtual lineup earlier this month.

Dios de los Muertos mural honors 20 years of celebrations
Sep 20, 2020 9:57 AM
Comments
We welcome your feedback and encourage you to share your thoughts. We ask that you be respectful of others and their points of view, refrain from personal attacks and stay on topic. To learn about our commenting policies and how we moderate, please read our Community Guidelines.