Kay Lloyd leaving after years with orchestra; Catherine Beeson steps into the role.
Heather A. Davis Jan 21, 2021 10:00 AM

The Longmont Symphony Orchestra is bidding farewell to Kay Lloyd — for the second time — in her role as interim executive director. The announcement came earlier this month in a news release from the symphony.

Lloyd began her journey at LSO in 1990. When she auditioned, she was hired to play principal flute. She had been there for several years when the position of executive director opened up.

In addition to working as the executive director at LSO, Lloyd has also worked as the music director at Longs Peak United Methodist Church for 25 years, along with giving music lessons.According to Catherine Beeson, the new executive director of the symphony, Lloyd will still be involved, continuing her position as principal flutist and librarian.

“I think the hardest thing with the pandemic is that I haven’t been able to play together in an orchestra or play with other musicians,” Lloyd said. “It’s hard because music feeds my soul; it makes me happy.”

During her time as executive director, Lloyd said she enjoyed working with the people on the board, the conductor, the musicians and leaders in the community.

She said it feels like right time for her to be passing on her role as executive director, and she believes Beeson is the right person for the job.

“She is the right person at the right time to lead this organization further into the future,” Lloyd said. “She’s a musician like I am, she has a great knowledge of how an orchestra actually runs and she has a lot of leadership experience, which I think will be very good for the orchestra as well.” 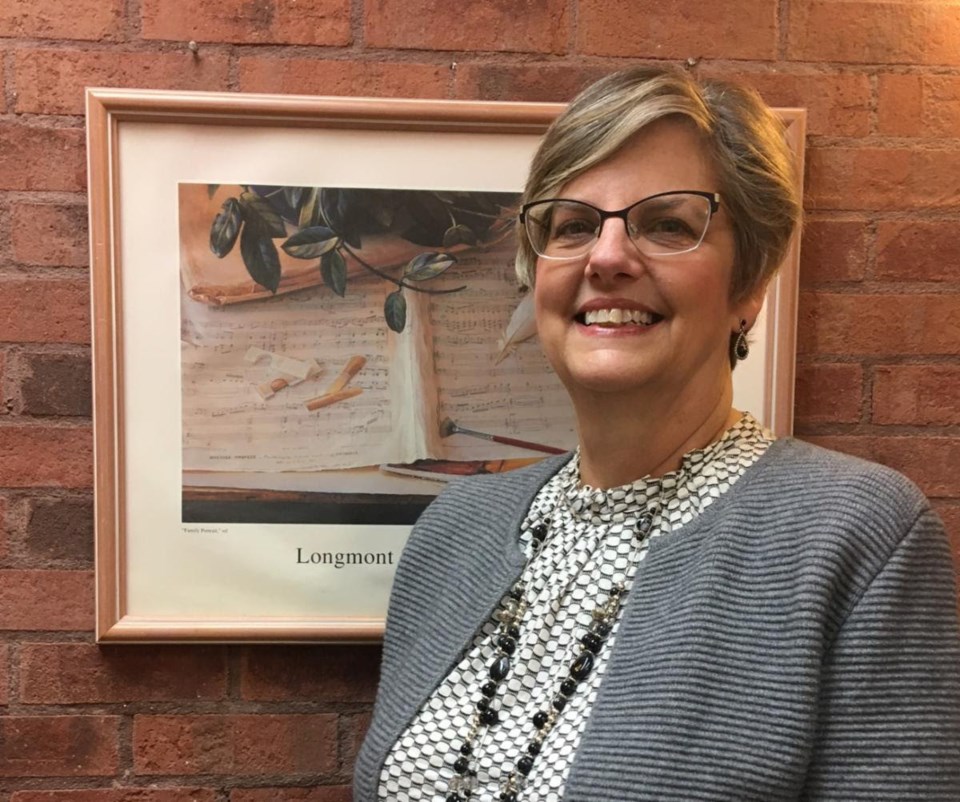 Kay Lloyd is leaving her role as Longmont Symphony executive director but she will continue as principal flutist and librarian. Courtesy photo
Lloyd said her husband has been waiting on her to retire so they can travel — once the pandemic is over  — and spend more time with their 1-year-old granddaughter.

“I’ve really had the privilege of being in this position for the past 14 years, but I just wanted to say that it’s about more than just one person,” Lloyd said. “We’ve had a really supportive hardworking board, and we have a forward-thinking music director right now that’s really bringing the orchestra to musical heights and finding ways to stay connected with our community even during this pandemic. We also have the support of our donors and this community for what we are doing.”

Beeson on Jan. 4 officially joined the team at LSO, bringing experience, determination and excitement. She has been working closely with her predecessor in her final days to learn the role.

Beeson is originally from Texas. She grew up in Austin with love for the 4H program.

During her time in 4H, she learned to care for sheep, and eventually, when she was approximately 10 years old, she began caring for Stanley the pig.

“Stanley is a symbol of my childhood,” Beeson said. “Pigs are like dogs, you can bond with them in a different kind of way. They get into trouble, they follow you around, you can teach them commands, but it was with Stanley that I first understood what happened to the animals after we showed them.”

She managed to avoid having to slaughter her sheep and Stanley, and although she said she enjoyed 4H, she found her passion in music. 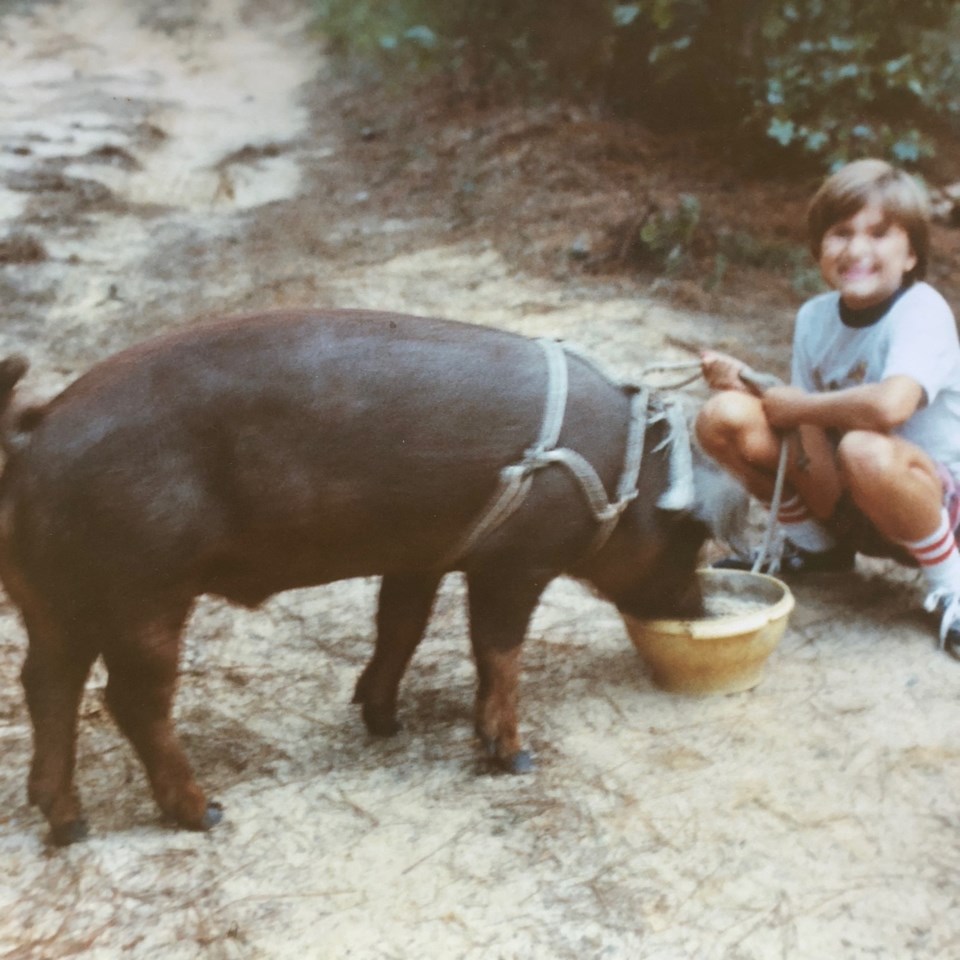 A young Catherine Beeson with Stanley the pig. Courtesy photo
“I was instantly good at it, and so this music pathway just seemed to unfold before me,” Beeson said, “It showed itself to me, and I just kept walking on it.”

Beeson comes from a family of educators, and after receiving her master’s degree, she found a job teaching at the New York Philharmonic.

“I just love it so much, I love every single thing about music and music-making,” she said.

After the New York Philharmonic, Beeson started a summer music series with friends in New York called Loon Lake Live. There she learned what being a musician meant to her.

“Whether I was doing education work as a teaching artist for the New York Phil or planning concerts, (working) in that administrative role or preforming concerts that somebody else had planned, those three things just kind of all fused, so my idea of being a musician was to wear all those hats,” she said.

Even though her home is in Colorado, she still drives back every year to perform with Loon Lake Live during its summer concert series. According to Beeson, this will be the 25th year.

In 1999, she got the job as the assistant principal viola at the Colorado Symphony, and in 2014 she became the education director, where she learned of her ability to create culture through shared experiences.

One of the details that drew Beeson to LSO was the Gentle Nutcracker concert, created for a neuro-diverse audience. She also enjoys the connection LSO has with St. Vrain Valley School District and plans to continue both while furthering the symphony’s relationship with the community.

As of right now, Beeson and her team are analyzing the strategies they have used over the last year during the pandemic to stay connected to audiences. By reviewing these strategies, they plan to continue to reach audiences who may not be able to attend the symphony in-person once live concerts are in full swing.

Beeson said she is excited to be with LSO as a steward not only for the symphony, but also the community it serves.

“I feel very lucky that I have gained the trust and the respect of the mentors in my field, and I feel grateful that I can be that kind of mentor for others,” Beeson said. “It’s a dream situation.”