To help bring music back into the lives of many across the Front Range, conductor Elliot Moore has organized a series of concerts that include world-renowned artists and the Longmont Symphony.
Jan 3, 2021 10:05 AM By: Macie May 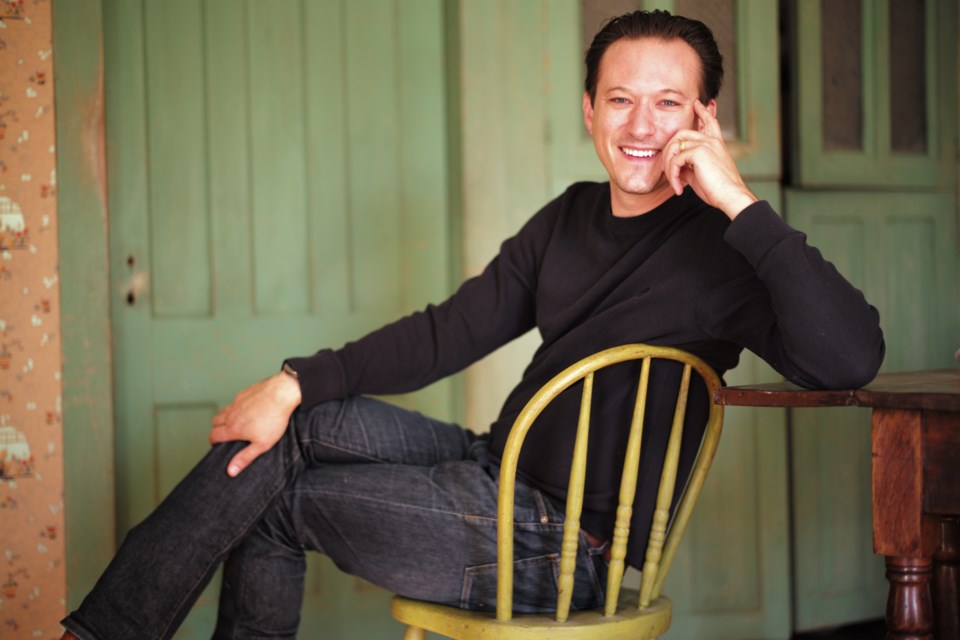 “Reimagined” is the name of Longmont Symphony’s spring/summer season as well as the definition of the approach the orchestra is taking to define its role in the community during the pandemic.

COVID-19 has prevented the musicians and audience from enjoying the Longmont Symphony in person since February.

Elliot Moore, Longmont Symphony conductor, has spent the better part of the pandemic seeking out new ways to engage the community.

“For the community, what’s important is that there be musical performances of exceptional artistic standards during this time when we are all removed from one another, when we can’t be together in a social setting. People are looking for ways to stay connected and things to do. I think during a time when social distancing is the way that we are all living our lives, feeling inspired or being presented with something that makes you feel inspired or that connects you to something is a really critical component right now in our lives,” Moore said.

To help bring music back into the lives of many across the Front Range, Moore has organized a series of concerts that include world-renowned artists and the Longmont Symphony.

The series will be virtual and broadcast through Longmont Public Media as a live and interactive show. The music portions have all been designed for the Longmont audience and will be pre-recorded with Moore hosting a live introduction. Following each performance, the audience will be able to interact with the musicians for a live Q&A.

“Creating these virtual performances, where our audiences can call in and still have access to music which is curated for them ... I think is really important,” Moore said.

Moore spends a great deal of time curating each symphony season. This year is unusually organized, even for Moore.

“The organization is really around following the science of how we think people are going to be able to gather in larger groups. To that end, I have a very small orchestra in February, then in April I have a larger orchestra and then in June, I have a very large orchestra,” Moore said.

The large orchestra in June will allow the musicians to spread out outdoors to maintain social distancing, if necessary, Moore said.

One benefit to a virtual season is the ability of the Longmont Symphony to present world-renowned artists. In the case of the March 20 concert featuring Yuki and Tomoko Mack as duo pianists, Longmont does not currently have two large grand pianos to support the performance.

Moore is excited to start the new season but said he is particularly looking forward to the Clancy Newman performance on Aug. 7 and “simply being together with members of our orchestra and performing Mozart’s 25th Symphony, performing Borodin’s “Polovtsian Dances” and Mendelssohn’s 5th Symphony. These are all things that mean a tremendous amount to me but I also know that it means so much to each and every musician who is in the Longmont Symphony,” Moore said.

“Clancy Newman is truly, I think, one of the greatest cellists in the entire world. I’ve known Clancy for a long time and as a freshman in college he won the Juilliard cellist competition. … He is just a powerhouse of a cellist and is exceptionally creative,” Moore said.

Janelle Flaige and her father, George Flaige, have been patrons of the Longmont Symphony since 1982 and season ticket holders since the option became available, Janelle Flaige said.

The Flaiges enjoy the variety of classical music offered by the symphony.

“The selections have always been interesting and things I may not know of or be as familiar with, I get exposure to,” she said.

When COVID-19 canceled all the symphony’s concerts in March, the Flaiges were “sad the season had to be canceled due to COVID but the alternative of being able to watch it at home, in the comfort of what turned out to be Dad’s living room was very nice,” Janelle Flaige said.

Going to virtual concerts allowed George Flaige, a 94-year-old symphony fan who had difficulty getting around, to enjoy concerts right up to his passing in December, she said.

Janelle Flaige already has her tickets for the upcoming “Reimagined” season. She said she is looking forward to the Feb. 27 performance of Vivaldi’s Four Seasons, where she hopes to be able to hear the composition in its entirety instead of the pieces she has heard in various places.

“We have always enjoyed it (the symphony) and look forward to whatever is going to come next and someday everybody being in the same concert venue,” she said.

Another new feature of the upcoming season is the April 17 performance titled “A Portrait of Mozart.” In this performance, Moore for the first time is exploring the music of only one composer.

“That particular performance has an overture to an opera that (Mozart) wrote when he was 12 years old. It has his 25th Symphony, which is a work that he wrote in the middle of his output and then concerto for clarinet and orchestra was written just two months before he died. It’s a portrait of him as a composer,” Moore said.

Although not in-person, Moore hopes the audience will feel inspired and connected to other symphony fans. When the Longmont Symphony recorded its first virtual concert in August, Moore said several patrons reached out to say they felt more connected and that it inspired feelings of hope for the future, he said. Those thoughts and comments challenged Moore to find a way to bring those feelings back to the audience during a time when no one could come together physically.

Moore was unsure of the audience's response when the Longmont Symphony first went virtual. “We are all just grateful for how the people in Longmont and along the Front Range … responded to this new way of doing things. It’s been incredible,” he said.

The spring/summer “Reimagined” virtual concert series will begin on Jan. 16 with a solo concert by Cameron Leach. Tickets are $35 per performance and season tickets can be purchased for $149.