“I am filled with sadness that we have had to pause the exceptional growth that we have enjoyed,” Music Director Elliot Moore said in an email. “That said, we are committed to lifting up our community through music, and are finding new and creative ways to do this.”
Jul 31, 2020 7:10 AM By: Matt Hagerman 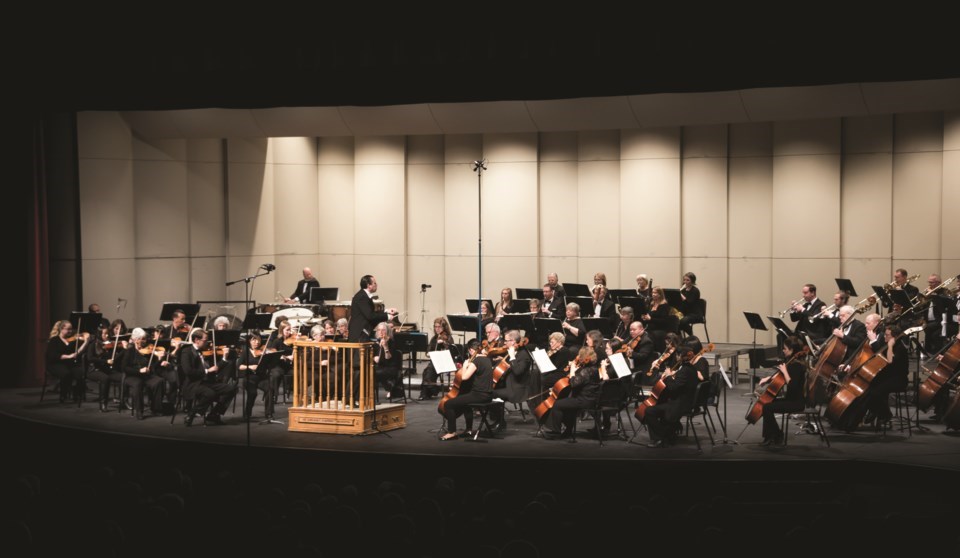 On March 1 the Longmont Symphony Chamber Orchestra played a sold-out show at the Stewart Auditorium at the city museum. Under the direction of Elliot Moore, it completed Schubert’s Symphony No. 5 and Beethoven's Symphony No. 4 not knowing it would be the last performance for some time.

“It was so abrupt,” pianist Susan Olenwine recalled via email. “At that time we had no idea how long this absence of music making would last, but as each concert was cancelled — all the way into the fall — it became jarringly clear that it would be a long time.”

The novel coronavirus pandemic and ensuing restrictions on large gatherings stopped the music, canceling a number of performances, including the annual July 4 concert at Thompson Park.

“A part of my soul is missing, unable to make music with others,” Maddie Levinson, the symphony’s principal French horn player, said via email last week. “Playing for Elliot is such a collaborative process, I miss Longmont rehearsals terribly.”

Moore, too, is missing the rehearsals and lamenting the stalled momentum caused by COVID-19.

“I am filled with sadness that we have had to pause the exceptional growth that we have enjoyed,” Moore said in an email. “That said, we are committed to lifting up our community through music, and are finding new and creative ways to do this.”

One of those ways is #MusicToLiftOurSpirts, which features videos of past performances to keep connecting with the community, even if it can’t be done in person. Moore also has shared a Spotify playlist of pieces to ease the pain of social distancing for listeners. New videos of members performing at home also can be seen on the LSO YouTube channel.

The Longmont Youth Symphony Orchestra also saw its season grind to a halt in March, and it, too, has turned to technology to keep making new connections. Potential new members have had to submit their auditions online over the past few months. Meanwhile, The Longmont Concert Band, under the direction of Gary Lloyd, has yet to announce when the group of amateur volunteers will return. Both groups put on at least four concerts each year.

For more than 50 years the Longmont Symphony Orchestra has been a centerpiece of the Longmont arts. In 2017 Moore, an accomplished cellist and conductor, took over for the retiring Robert Olson, who had overseen the local institution since 1983. Moore has since put together collaborative performances with the Boulder Ballet, sought out scores to perform written by living women composers, and presented world premieres of multiple works. Attendance and subscriptions have increased significantly during his three-year tenure.

“The level of achievement that the LSO has achieved in the past few seasons has been nothing short of remarkable,” Moore said.

Between the chamber orchestra and full orchestra, a schedule of up to 20 concerts each year has been put on hold. Several members are available for private lessons in person or online. In the meantime, one tradition hasn’t been cancelled.

Voting in the annual Super Conductor Contest continues through Friday. Donors can cast votes for one of three Longmont music enthusiasts via contributions. One dollar equals one vote. The winner will get to conduct the orchestra during a future performance, whenever that may be. This year the nominees are real estate agent Denise Kloster, Longmont police officer Craig Mansanares and attorney Tim O’Neill.

“Right now, support is critically important to the survival of all orchestras and it should be encouraged,” pianist Olenwine said. “Many orchestras are replacing their major fundraising galas with virtual experiences, and the creativity is remarkable.”

Another fundraising goal of $90,000 in 90 days also is in the works to offset past and future ticket sale losses. Moore has a complete 2020-21 season program in mind, but the LSO is awaiting more guidance from St. Vrain Valley School District since its primary performance space is at Skyline High School 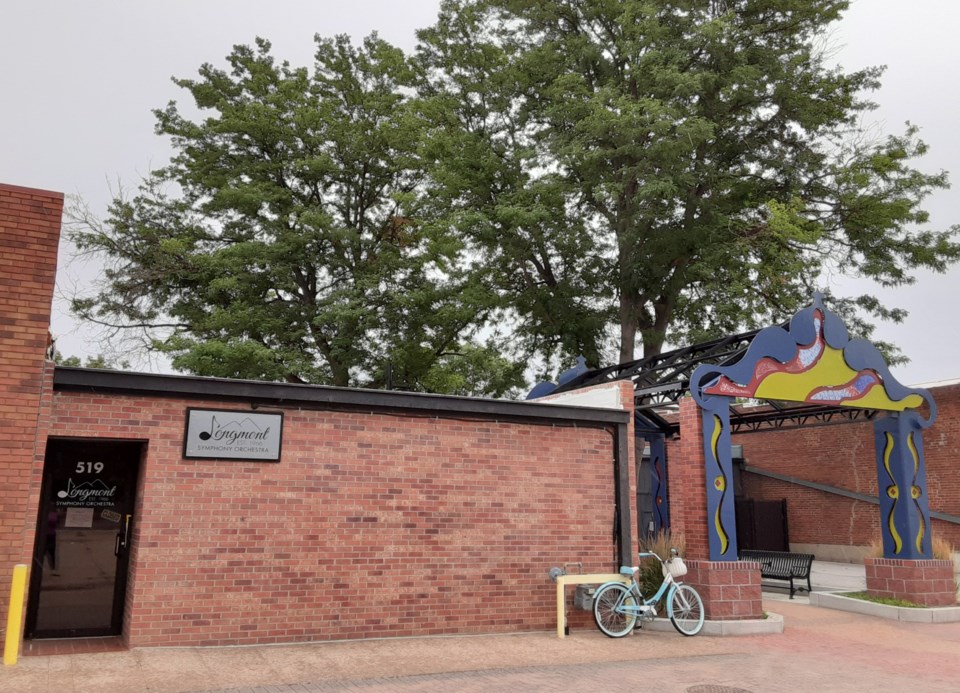 Photo by Matt Hagerman
Some LSO members have moved away since March. Others, like horn player Haley Funkhouser, have had to take a leave of absence because they can’t make a commitment to the orchestra and also pay their bills.

“I can no longer afford the commute, even if or when performances resume this coming season,” Funkhouser said via email. “When COVID-19 is finally under control, I hope that this pandemic only contributes to the passion and love and happiness that saturates this orchestra and this community. I love everything about this orchestra and have only had good experiences with it.”

Moore said the goal of keeping those good experiences going is unchanged by the pandemic.

“The role of the 21st-century orchestra is to inspire, connect with, and perform for people both inside and outside our concert hall, to give access to the art form and to the artists who are making music relevant to our citizens' lives,” he said. “My commitment to the LSO's mission to enrich, inspire and serve our extended community as a symphony orchestra recognized for its artistic excellence, is unwavering; our community's greatness deserves nothing less.”

French horn player Levinson said, “As long as we can rehearse again we will be fine. It’s such a warm group of people and community involved, I do not see a future of Longmont without its symphony.”

Correction: Pianist Susan Olenwine's name was misspelled in the original posting of this story, as was Schubert and Beethoven.

Firehouse Art Center puts out call for Summer on the Streets volunteers
Aug 4, 2020 7:00 AM

One 19th-century artist's effort to grapple with tuberculosis resonates during COVID-19
Aug 3, 2020 12:00 PM
Comments
We welcome your feedback and encourage you to share your thoughts. We ask that you be respectful of others and their points of view, refrain from personal attacks and stay on topic. To learn about our commenting policies and how we moderate, please read our Community Guidelines.