See It Before It's Gone

By: Brandy Coons The Firehouse Art Center in Longmont is currently hosting an exhibition by Denver artist Jessica Forrestal, who has occupied the South Gallery as an Artist-In-Residence since May 26th.
0
Aug 16, 2017 5:00 PM By: Longmont Observer 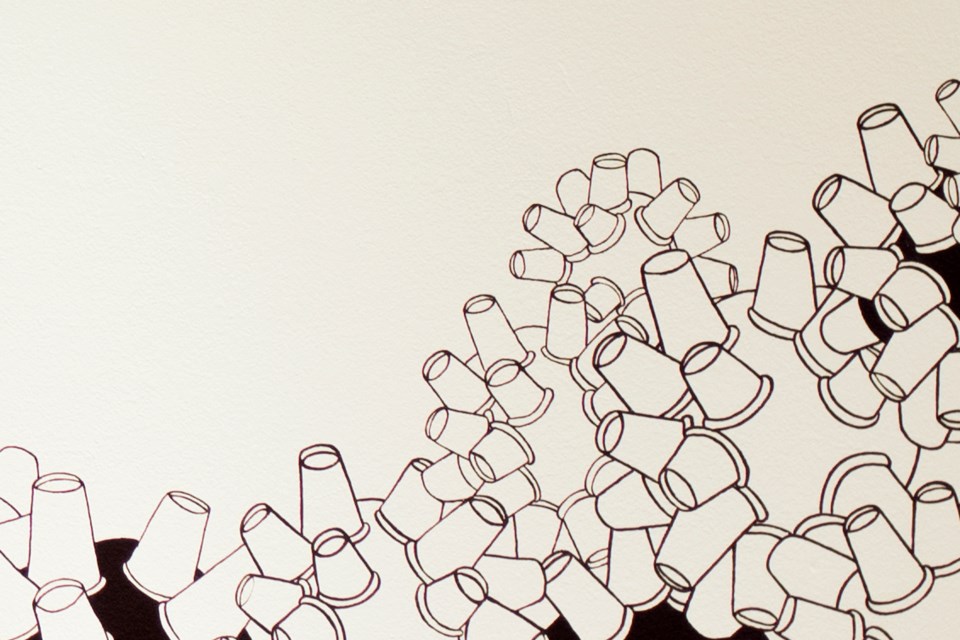 The Firehouse Art Center in Longmont is currently hosting an exhibition by Denver artist Jessica Forrestal, who has occupied the South Gallery as an Artist-In-Residence since May 26th.

Forrestal is a Colorado native who recently completed her MFA at the Pratt Institute in New York, and the Firehouse exhibition is her first since returning to live in Denver. While her work involves no familiar front range landscape, her artist talk on Wednesday evening revealed her perspective and motivations as those we can recognize as a Colorado-bred preservationist. Her work deals with themes of mass-production, consumerism and its effects, and human relationships to the objects we produce, live with and discard.

It’s not a new idea that mass-produced products are cheaper and cheaper, of ever-lessening quality and useful lifespan, and Forrestal tackles that theme in her work from a perspective that argues that a culture of materialism, or the accumulation of things, is ultimately behind the devaluation of those things. As we buy more and more, each individual object holds less and less value. The visual style of her work reminds us of impersonal product packaging, and the graphics-based shorthand of assembly instructions, but the installation itself uses transience and a nonsensical series of objects and biological imagery to question the value we place on collected objects in daily life by rendering them as larger-than-life works of capital-A Art. Unlike the IKEA products whose parts she’s illustrated, the installation was created painstakingly by hand, and unlike our material objects, is intended to have no waste product. This is an art that cannot be bought or sold, and becomes a thing of value because it’s an experience that, when understood, prompts us to ask ourselves larger questions about intent, and you may find yourself remembering it the next time you use a styrofoam cup or count the screws you’ve just opened.

Forrestal will be in the South Gallery at the Firehouse from Thursday through Saturday, 9 am to 5 pm, until August 25th. When discussing her current residency, she’s noted the willingness of Longmont visitors to talk with her and ask questions about her work and has even incorporated visuals of objects suggested by those conversations into the current installation. Admission is free.