An opening reception for the show, which as the name implies features works that can fit in a 12-by-12-inch space, is from 4 to 8 p.m. today at the gallery, which last year took up residence in the Longmont Downtown Development Authority’s offices at 320 Main St.

Downtown Longmont’s newest art space is moving forward with its big ambitions with a show of some small works.

The Square Foot art show, which as the name implies features works that can fit in a 12-by-12-inch space, launches with an opening reception from 4 to 8 p.m. today at Inspiration Gallery. Sixteen local artists and more than 30 works ranging from portraits to abstracts will line the walls at the gallery, which last year took up residence in the Longmont Downtown Development Authority’s offices at 320 Main St.

Square Foot will be the second show at the gallery, which took its name from director Cynthia Barnes’ Inspiration Art Academy, and comes on the heels of a successful holiday show that resulted in $5,000 in sales that went directly to artists.

Barnes’ closed her academy in April as the coronavirus pandemic was just starting its yearlong grip on the country, state and city. Revenues were declining and her lease was up, which led her to shut down the art school but not her artistic passion. She became the artist in residence at the LDDA, painting and showcasing her pet portraits and other works. That move into the LDDA served as a precursor to the gallery.

The goal, Barnes said, is “to support local artists to make a living with their craft.”

“In what other vocation do you have to have another vocation to support your vocation?” she asked in reference to how artists often have day jobs or side gigs to pay the bills. “That’s crazy.”

It’s craziness she and fellow artists Gili Wolf, curator for the gallery, and Chad Straka, project manager for the Square Foot show, aim to change. 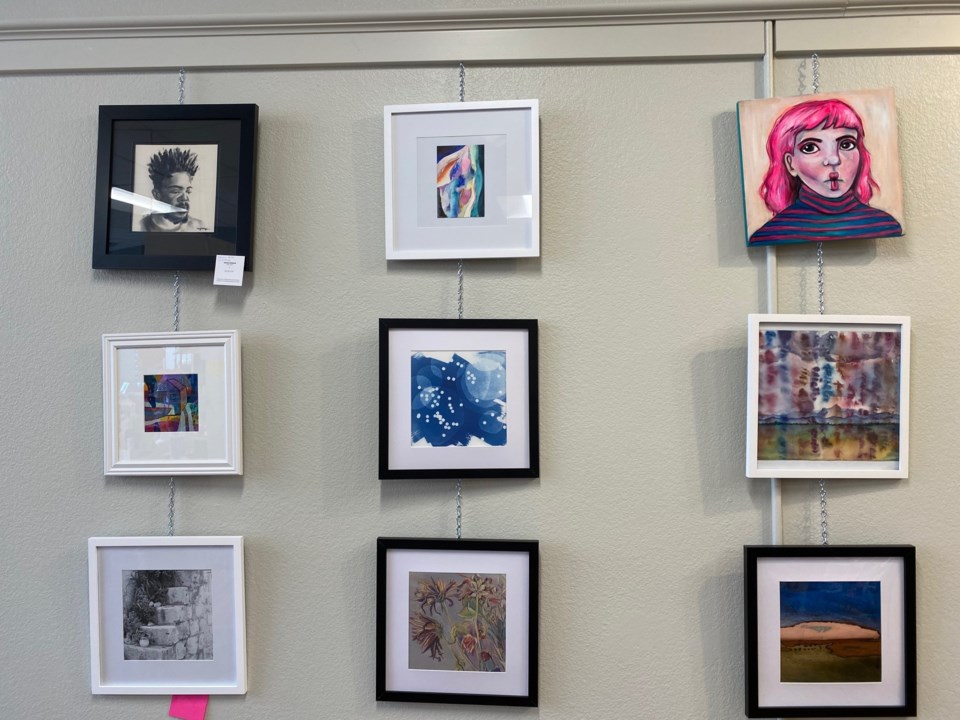 Works included in the Square Foot art show which opens Friday, Feb. 26, at Inspiration Gallery, 320 Main St. By Julie Baxter
Not a nonprofit and not a traditional gallery since it doesn’t charge artists to display or take a percentage of their sales, Inspiration is using the nominal entry fees for its shows to pay for things to spruce up the space and plans to keep squirreling them away to allow it to subscribe to a web-based service that will manage show submissions.

Among the improvements entry fees to the holiday show paid for was the construction of two greeting card racks built by Straka. Each rack holds 32 rows filled with cards made from local artists’ work. Barnes said she envisions the gallery being “the” spot for cards because there are so many from which to choose. Those cards feature a variety of subject matter, some of it distinctly Longmont, such as Straka’s painting of the Great Western Sugar mill.

The entry fees for the Square Foot show, which were $15 per three works, will buy a used iPad. The racks and the iPad are just a few of the baby steps the trio of Barnes, Straka and Wolf are taking that they hope will turn to big strides in showcasing local art and artists, all with the support of the LDDA and the Longmont Creative District, which has been crucial to Inspiration Gallery’s early success, Barnes said.

Straka said, “I can’t believe how many people at the drop of a hat were willing to be a part of this. There are so many artists here.”

Among those many artists is Joyanna Rose Gittings, who has three pieces in the Square Foot show and whose Obra Arts studio is just a few steps away in the Old Town Marketplace.

Referencing a quote from Friedrich Nietzsche —  “We have art so that we shall not die of reality” — Gittings said having local artists and spaces where locals can see their work is important in any community. 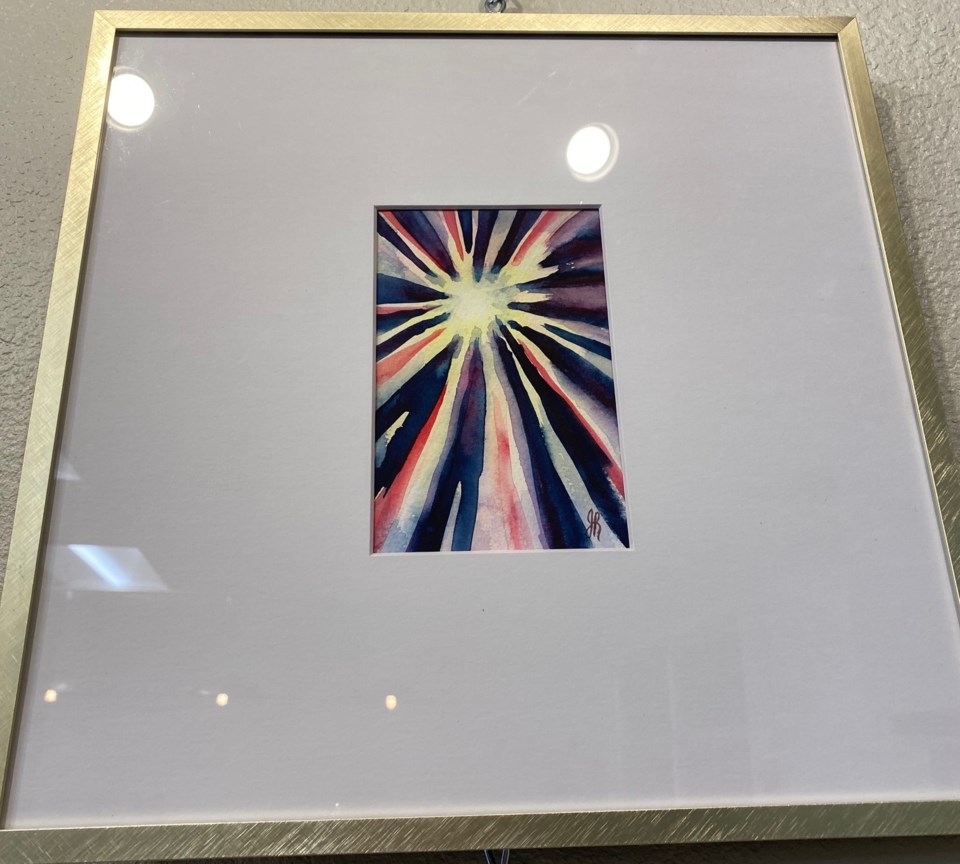 "Sol" by Joyanna Rose Gittings is one of her works in the Square Foot art show at Inspiration Gallery. By Julie Baxter
“I think it's vital to experience some kind of connection through art to another human, to hear or see or feel that you are not alone, either by doing the creating yourself or taking in someone else's creation,” she said. “... Specifically speaking to Longmont, and the kind of town we are and the kind of growth we’ve seen, I think it’s important to people that art reflect what we’re experiencing, being able to walk around in your own town and see things that reflect your own personal experience.”

A show in the works at Inspiration Gallery will do just that, Barnes said. Named “And the People” for the sign that stands sentry at the corner of Main Street and Third Avenue, the show, for which a date has not yet been set, will feature works of local artists “responding to our times,” she said.

Barnes shared a little backstory on that sign, which reportedly once read “technical books for the trades and the people.” According to the story she heard, a man was removing the letters and was called away to an emergency, leaving “and the people” in place. And there it remains.

Also in the works are a show featuring animals, as well as one showcasing strong, bold and heroic women. 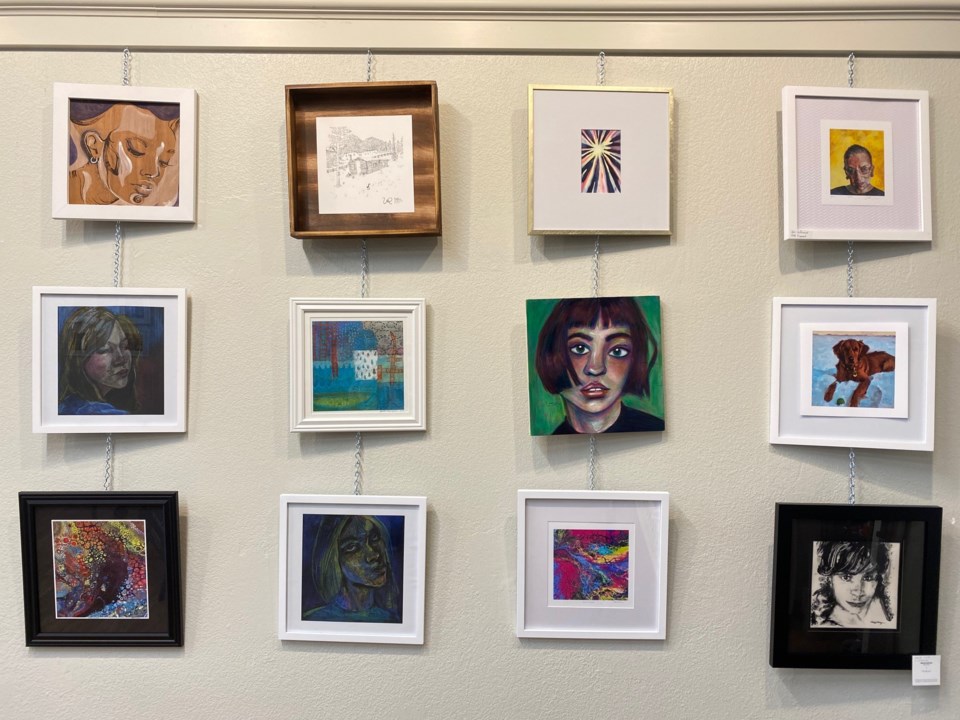 Works included in the Square Foot art show which opens Friday, Feb. 26, at Inspiration Gallery, 320 Main St. By Julie Baxter
Barnes, Straka and Wolf also have visions of offering educational opportunities for artists on the business side of art, networking, classes for the public and more. But first up is the Square Foot show, which will be in place until April 15 and can be viewed during the gallery hours of noon to 5 p.m. Monday through Saturday.

The show of small works is just another small move toward shining the spotlight on local artists and providing a venue in which they can sell their works.

The gallery is in the building stage but word is getting around, Straka said, adding he has high hopes for its future.

“Inspiration Gallery is going to be a hub, a lightning rod — there are so many words to describe its potential,” he said.

Barnes added, “The more we do it, the more we realize we’re filling a need.” 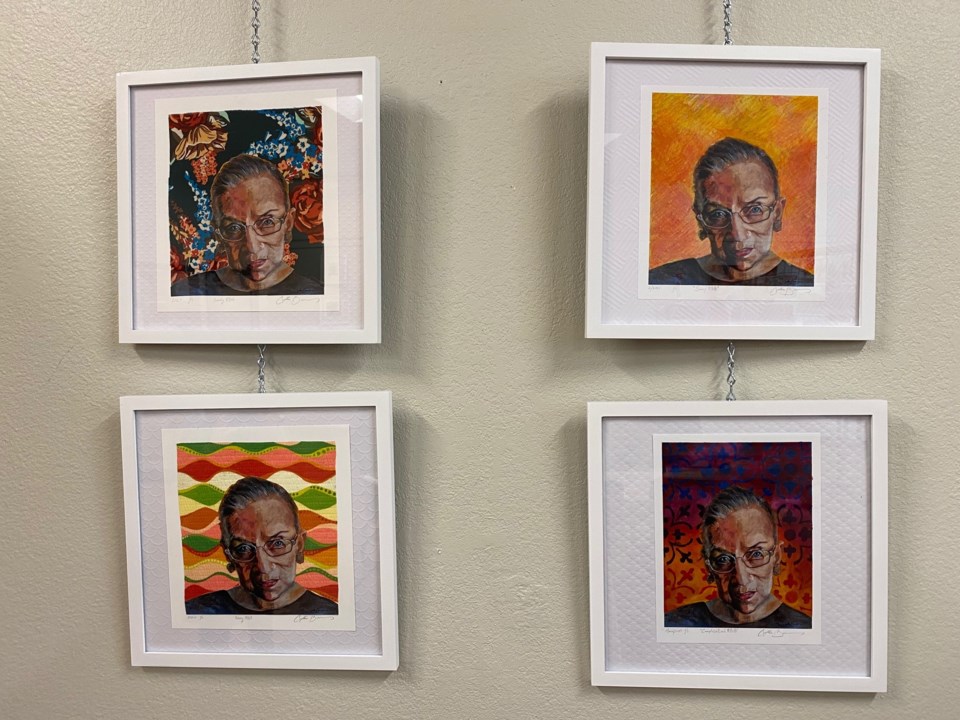