‘We can escape for a bit:’ Performance, entertainment venues begin reopening as COVID restrictions loosen 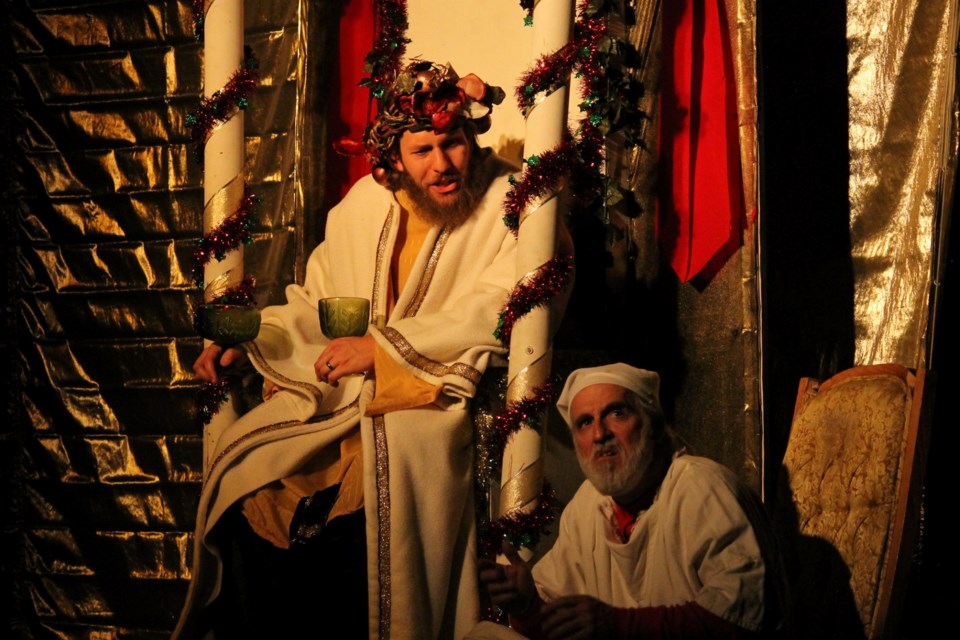 With COVID restrictions loosening up as a result of Boulder County moving to orange status on the state's COVID-19 dial dashboard, local indoor entertainment and event venues have begun plans for reopening.

Jesters Theater — a local dinner theater offering shows and classes in Longmont since 1999 —  reopened its doors Thursday with a  late presentation of its usual annual holiday production of “Scrooge: Bah Humbug.” The theater temporarily shut down in November,

Through March 14, the dinner theater will be welcoming 15 to 25 audience members for each of its four weekend performances — Friday evenings, Saturday afternoons and evenings and Sunday afternoons — setting up a maximum of eight tables and only seating one party of up to six people at each table, said owner Scott Moore.

“We are certainly happy to be open, the actors are happy we're open, and there's been a good number of tickets sold, so I think there are plenty of patrons right now who feel safe and excited about going out,” he said. “It's definitely a different feel, though, with 25% capacity.”

All customers need to wear masks when not at their tables and the staff is required to wear masks all the time, he said, adding performers are not masked but remain away from the audience throughout the show.

Earlier this year, the theater announced its reopening would launch with the production of “Forever Plaid” but due to a “licensing glitch,” the show has been put on hold until March 19, Moore said.

“I'm curious to see how a small crowd during a non-holiday time will react to the Scrooge show.  Maybe it's just what we all need right now,” he said.

The theater and its staff and cast have had to adjust to the ever-changing landscape and restrictions COVID has presented to indoor and entertainment spaces.

In March, as it was running “Seven Brides for Seven Brothers,” Jesters had to shut down to be reopened for a few weeks at the beginning of October to attempt to complete the run for which royalties had been paid, before shutting down again the following month, Moore said.

In October, it also held some children's classes and did a youth production of “The Foreigner,” he said.

“I'm just excited to get back into our routine,” Moore said. “I think sometimes we don't realize how important live performances are until they're not available. Going to a live theater or a concert or a stand-up comedy show provides relief from the stress of our daily lives. We can escape for a bit.”

Performing also provides a release for the actors, he said, an opportunity to “come out of themselves a bit.”

Tickets for Scrooge are available on the website, where people also can find more details for the “Forever Plaid” production in March and a student production of “Little Women” starting Feb. 21.

“I think people right now are looking for ways to say or prove that COVID will not keep them from living their lives,” Moore said. “So having this kind of outlet is significant.”

Dickens Opera House, a local live music and event venue, has begun planning  for the reintroduction of live performances in March and public events as early as February, said owner Noella Colandreo.

“We are technically open … if someone wanted to have a private event that was allowed within the capacity limits, we could accommodate that,” she said. “Since we did renovations (on the second floor in 2020) to make it more of a private event venue, we can now do weddings and other similar events.”

At the end of February, the Dickens team has plans to host an interactive and socially distanced wedding expo, Colandreo said.

Like Jesters, the opera house had to temporarily shut down in March due to COVID restrictions impacting indoor and entertainment spaces. Since then, the venue opened briefly over the summer to host four concerts at 25% capacity.

“Our public events would begin in March and would be similar to how we did it before, when we opened (in the summer), with up to 50 people upstairs,” Colandreo said, adding she hopes to soon hear more about Boulder County’s possible eligibility for the state’s COVID-19 5 Star Certification Program, which would allow certified businesses to operate one level below the county’s current dial level. 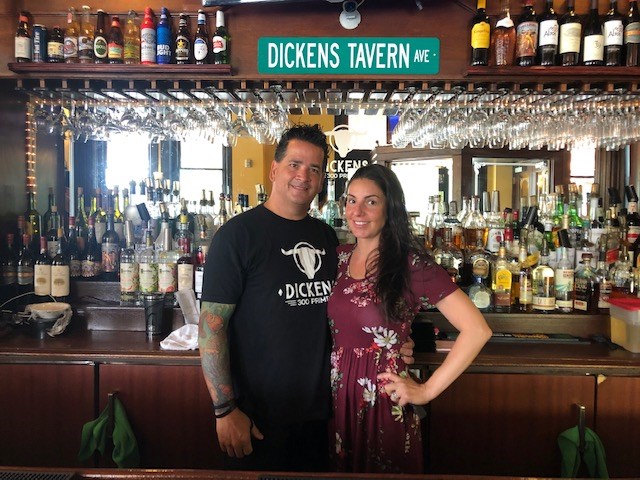 Owners Anthony Sanschagrin, left, and Noella Colandreo at Dickens Opera House.(Photo by Deborah Cameron)
The orange level allows indoor seated and unseated events and entertainment, as well as indoor dining at restaurants at 25% capacity or 50 people. At the level yellow, these spaces are allowed to operate at 50% capacity or up to 100 people.

“Under the program, we could do up to 100 people,” she said. “We are waiting to get more news about that. The possibility of doing a larger group upstairs is hopeful for a March reopening date.”

Colandreo said the ongoing rollout of vaccines also makes her hopeful Dickens will be able to remain open once it is back to offering live events, something she and her husband, Anthony Sanschagrin, have not been able to do since they acquired ownership of the business in March.

“With the distribution of the vaccine it begins to feel like we can stay open versus always in fear to be shut down,” she said. “We can get more creative with public events and get more in the books when we know we can have them.”