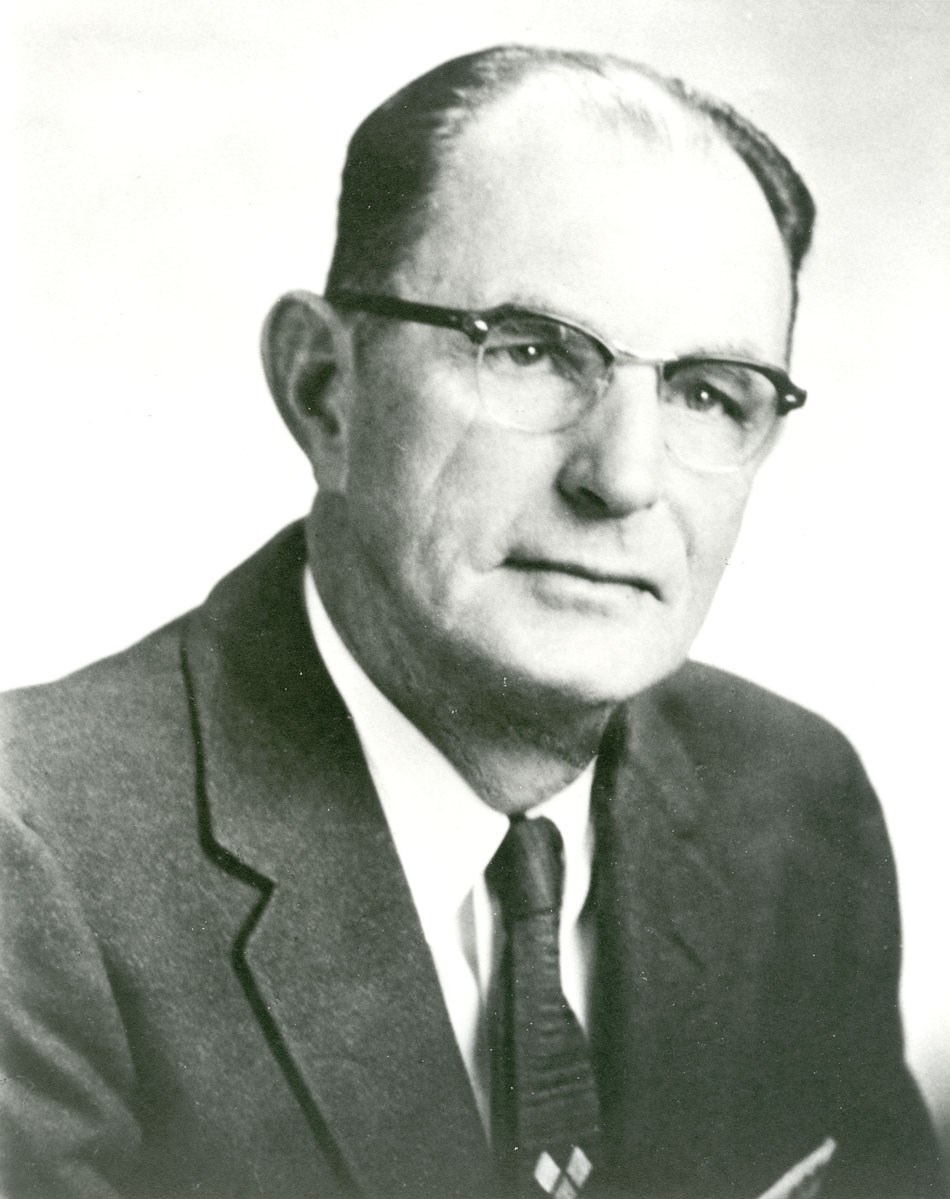 Ralph Price, Longmont's mayor from 1961 to 1969courtesy of Longmont Museum

Longmont residents might be familiar with Ralph Price because the reservoir at Button Rock Dam was named in his honor. But longer-term residents may remember him from his service to the city. Some may even have lived through his terms in office on both city council starting in 1956 and as mayor from 1961 to 1969.¹

Born in 1904, Price was the third generation of his family to live in the area.²  His grandparents came by wagon from Iowa to settle in Erie, he was born in Eaton and then, at age three, moved to Longmont with his parents.

As an adult, Price worked for the Great Western Sugar Company for 27 years, which enhanced his understanding of and passion for agriculture.³ In 1931, he married Dorothy Tevebaugh and together they raised five children. He was also active in town as the secretary for the Independent Order of Oddfellows, or IOOF, Lodge, a board member for Longs Peak Osteopathic Hospital, past president of District 7 of the Colorado Municipal League and a charter member of the Home Rule Committee of 1961.

St. Vrain Historical Society Records, published in 1971, give some insight into his personality. In an entry made by his wife, she recounted that “when asked what his main interests were, Price said ‘reading, writing and people.’ He was concerned with the community, with farmers and their problems and was vitally interested in water in the area.”

According to Erik Mason, curator of research at the Longmont Museum, Price made a strong impact. “I would say Ralph Price was one of the most significant mayors in the mid-20th Century in Longmont,” Mason said. ”Not only was he involved in a number of reform efforts that led to the new city charter and the professionalism of the city government, but it was his vision on water that really led to Longmont having such excellent water supplies today.”

Mason continued, “He had a vision and was certainly very outspoken at times. There’s clearly some differences of opinion on council and he seemed to be leading a faction that was holding Longmont to a higher standard than some were accustomed to.”

Longmont city manager at the time, Kenneth Tharp, outlined some of the challenges administrators faced, “We have certain long range needs in Longmont. We need a new library, one fire station now and another within five years, improvement to our water distribution and supply systems, and storm drainage — all within the next 10 years. This is going to cost money.”⁴

In response, newspaper clippings show Price was persistent and creative in his actions. He regularly communicated about public projects through the newspaper, at times even managing his own regular column. He also advocated for a modernized public works department, holding a Public Works Open House in 1963,  announcing “Public Works Week” from September 28th to October 4th, 1964 and generally advocating for stability in various staff positions in the public works department.

During his last year in office, Price started a community-wide plan to respond to Longmont’s enormous needs. According to Mason in his book, Longmont the first 150 Years, the effort built the Civic Center, and many other city amenities residents enjoy today.

Even with all of this activity, one of the most notable features of his term was the completion of the Button Rock Dam and associated reservoir. According to a Times-Call report on the preserve,⁵ in 1964, the need was so urgent that the city’s water engineer told the council that the population could exhaust its water supply in four years. The project provided 16,000 acre feet of storage and provided the city with stability in its water supply for the long term.

Almost immediately, in May of that year, it saved the city thousands of dollars in damages by collecting enormous amounts of rainfall that fell between May 4-7. The dam and reservoir also mitigated the effects of the 2013 flood and is credited for preserving certain populations of fish species.

In the later years of his term, Price’s health declined. Newspaper reports showed he suffered a heart attack in February of 1964 where he was hospitalized just after a public hearing on the water plant. ⁶  He passed away in August 1969 after an illness and surgery in Denver.In announcing his death, the newspaper memorialized him with the sentiment that he was a“friend of the common man.” More than fifty years later, that sentiment remains true. Price’s work is still benefiting those who live here.