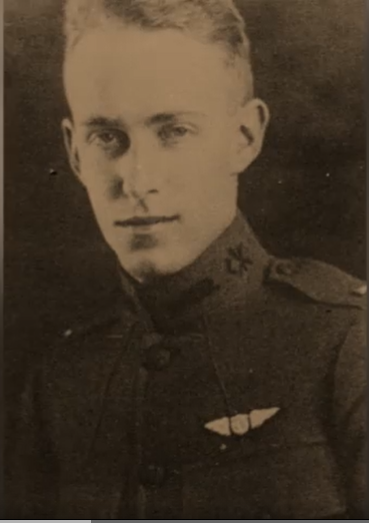 Memorial Day is more than just a long weekend. For many, it is a time when we look back with gratitude at those who served our country’s military. While many of these heroes have come from Longmont, one of the best known is World War I pilot, John H. Buckley.

Buckley was so esteemed that The Longmont American Legion Post was named for him in 1920, while memories of WWI were fresh in the community’s collective memory. A little more than two decades later, Buckley Air Force Base in Aurora also was named for him.

Buckley was born on July 8th, 1895, and was raised in Longmont, He played both basketball and track while in high school, according to a video posted on Facebook by Buckley Air Force Base. Following commencement, he attended the University of Colorado-Boulder and was a part of the track team there. He received recognition for his athleticism in 1915, according to the campus newspaper, the Silver and Gold, which was mentioned in the Longmont the first 150 Years, by the Curator of History at the Longmont Museum, Erik Mason.

Buckley enlisted as a pilot in the Air Force a month before his college graduation. He was one of 79 Longmont residents to serve overseas and 430 to serve both at home and abroad, out of a town population of 5,500, according to the Silver and Gold newspaper. He served in the 28th Aero Squadron in France as a first Lieutenant flying reconnaissance airplanes over Germany. He enlisted with his best friend and fellow Longmont resident Albert ‘Dick’ Smith.

As part of a publicity tour for a centennial WWI commemoration exhibit, held in 2018 at the Longmont Museum, a descendant of Smith’s, talked about Buckley. She recalled during service, the pair of friends shot down eight planes between them, according to Denver7.

Buckley was killed in the air over France on September 18th, 1918. According to the American Legion Post history, “he and a fellow pilot, Kenneth Bell, were forming up in a patrol to cross enemy lines on a combat mission in low clouds …  visibility was poor … both planes were seen to dive with one making a turn to avoid the other. This resulted in a collision where the left wings of each plane were torn off,” according to a post from the American Legion. The report indicated that each plane went into a death spiral until they struck ground.

At the time of his death, Buckley was 23 years old. He was buried in the Meuse-Argonne American Military Cemetery in France near the crash site, according to Honorstates.org.

Smith took on the task of writing the letters that notified people in Longmont of what happened. As part of his correspondence, he noted, “I started to fix up his effects myself, but couldn’t do it, and the adjutant has fixed up his things to be sent home [instead],” according to an article in the Boulder Daily Camera.

Buckley’s death was reported in newspapers statewide and his service to the country was long remembered. In addition to naming commemorations, he was posthumously awarded a purple heart and a WWI Victory Medal in 2003.

Some of Buckley’s effects are still kept as historical artifacts as property of the Longmont Museum.