Love and COVID: Dating isn't the same but it hasn't stopped during the pandemic

The pandemic has limited social gatherings, as well as the chance to mingle at restaurants, bars, clubs and venues. Like school, work and family visits, singles are looking to find their match online.
Ali Mai Feb 14, 2021 12:00 PM

Longmont resident Raegan Lacometti is looking for love and to build a family. But between her busy schedule and the challenges of meeting someone during the COVID-19 pandemic, her plans are on hold.

“I would, I'd like to be actively looking. I grew up with the idea that like, ‘Oh, I want to have kids, like, by the time I'm 25 and I don't really want to have kids before I get married.’ And you can't really get married before you start dating people,” Lacometti said. “I'm almost 23 and I'm like, well, I don't know if that's a real realistic goal anymore.”

The 22-year-old has gone on one date since the pandemic began; it was a double date set up by a friend. They went to an escape room and Lacometti felt the date went well. However, a second date never happened because of conflicting schedules.

Lacometti said dating apps are a bust and she doesn’t bother with them anymore.

“Meeting people off the internet, I just don't always feel is necessarily the most safe. But I mean I still have one (dating app) on my phone, but it's like I don't even open the app anymore. It's not really something that I've found to be very successful,” she said.

The pandemic has limited social gatherings, as well as the chance to mingle at restaurants, bars, clubs and venues. Like school, work and family visits, singles are looking to find their match online.

Macy Matarazzo, a Longmont-based dating and relationship expert at Big Happy Love Coaching for Single Women, thinks there’s an advantage to the pandemic for singles. With online dating remaining one of the few channels to meet someone, there’s a larger pool of eligible candidates.

“Really what I'm seeing in the pandemic that's really amazing is that so many new people are moving online with the purpose of meeting a person,” Matarazzo said, adding that a stigma surrounding remote dating is fading. “I mean this is the new normal and I think that's great because … meeting people online when you know how to do it. And when you have the emotional well-being to do it. And you have some skills to navigate it without burning out, is a very good way.”

Matarazzo said she used online dating as a tool with her clients long before the pandemic. The majority of clients that seek her out are straight single women in the 40s and 50s looking for monogamous relationships. She said the majority of her clients have met a partner through a dating site or app.

She said those ready to try online dating should look inward first to ensure they are emotionally prepared and know what they want out of a relationship.

“Online dating is just software. It's not the strawman that some people make it out to be,” Matarazzo said.

But not all dating sites and apps are built the same. Match.com, a long-running site since 1995, is still a top pick of hers for its in-depth profiles and customizable search features. She compared it to Tinder, which has a limited amount of space for a description and is photo-based. Matarazzo added that singles also are turning to Clubhouse, an invitation-only chat app that launched last year, though it’s not made to be a dating app. 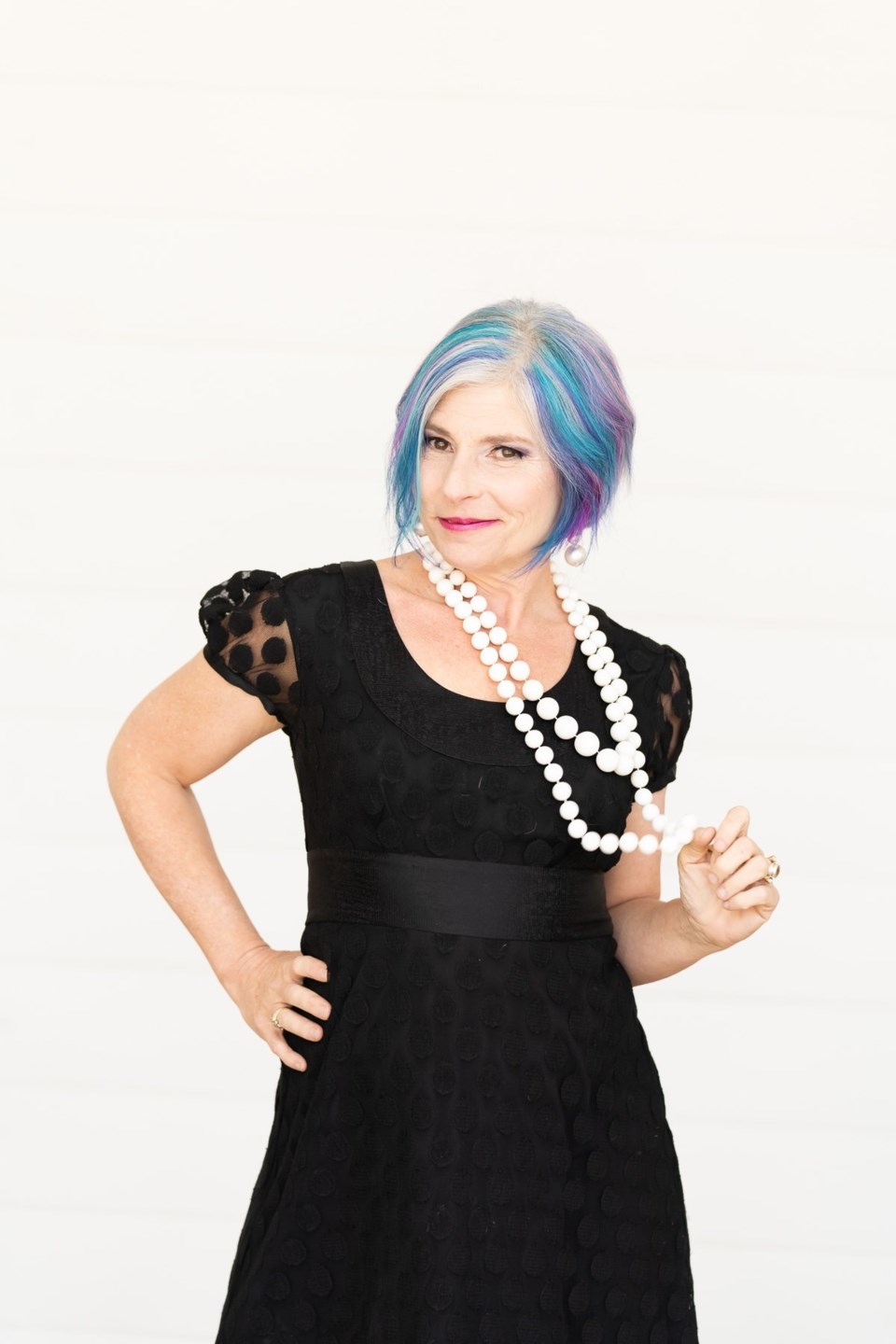 Macy Matarazzo, love and relationship expert at Longmont-based Big Happy Love Coaching for Single Women, has helped locals find love during the pandemic through dating platforms. By Jennifer MacNiven / Courtesy photo
Matarazzo said she has seen more clients coming to her during the pandemic than before with intentions for a serious relationship. She sees the pandemic as an opportunity for singles to slowly build their budding romances. Rather than meeting for the first time in person, Matarazzo’s clients are going on first dates over the phone or video chat.

While remote dating, singles talk about their stances on COVID-19 safety measures before meeting up, Matarazzo said.

“Being able to ask someone like, ‘What have you been doing to keep yourself safe?’ Like, ‘Where do you stand on this on this topic? Because here's where I am.’ To me, it's great because this is a relationship,” she said. “Relationships are talking about things like the elephant in the room. Talk about it, and work together to find a way that's going to work for you.”

The pandemic is forcing singles to get creative with their date nights. Matarazzo’s clients have gone on socially distanced walks, shared candlelit Zoom dinners and messaged haikus to each other.

The sci-fi themed brewpub Outworld Brewing in Longmont is hosting its third “Sci-fi Speed Dating” event during pandemic-times on Valentine’s Day. Though it's meant for self-proclaimed geeks, it’s still open to other singles.

The speed dating host Ryan Glitch, who has hosted the event at several comic conventions and locations — often dressed as a Star Wars jedi — said past gatherings went well at Outworld. The major difference was participants were masked and spread out.

Like online dating, speed dating is an efficient way to find a match. No matter how big the turnout is, the group is split in half and participants have 3 minutes to interview their dates. Glitch said it takes the “tedious” part out of finding a match.

“Dating can be kind of a tedious pain in the butt and I think this is kind of a way to do it in bulk. You can sort through 20, 30 people really quick and eliminate a lot of non-suitors. And maybe focus on one or two people you're interested in and then see where it goes from there,” Glitch said. “I think it just lets you get through the crap faster so you can get to the meat and potatoes.”

Outworld Brewing offers “isolation pods,” making dinner dates possible while staying distanced from other guests, said Brenda Fuller, who is chief administrative officer of the brewpub and co-owns it with her husband, Brian. The isolation pods are large structures with private booths with overhead lighting. Two singles that were a part of Rooster Magazine’s ongoing “Blind Date” segment, had their date in October at Outworld Brewing and are still together.

Schools could get extra time to spend COVID relief on building fixes
May 17, 2022 11:00 AM
Comments