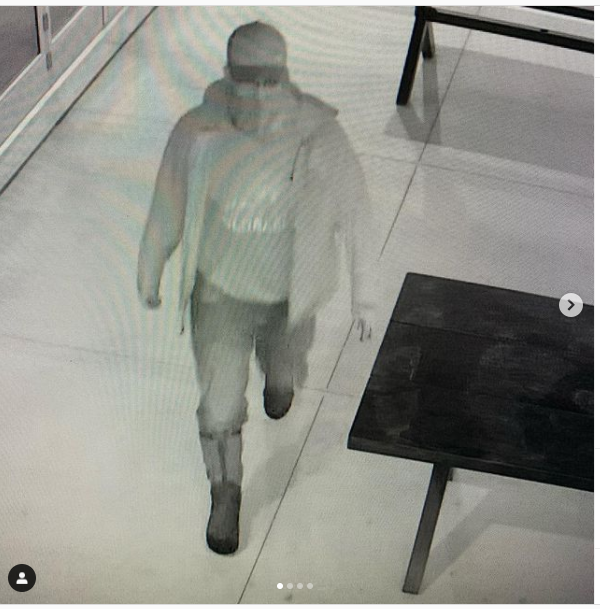 The Blythe family owns Collision Brewing, which opened in November 2018.

As a birthday gift for co-owner Jason Blythe, his family made him a small keg fire pit with the family’s name cut into it, his brother and co-owner Eric Blythe said.

The fire pit was stolen around 6:45 a.m. Friday and the suspects were caught on security cameras around the property.

“They were looking under cars for about 30 minutes, likely looking for parts,” Eric Blythe said.

The brewery is designed like a retro filling station and has a classic car theme. In the back of the brewery, the family keeps a shop to work on classic cars, Eric Blythe said.

He said he believes it is likely the suspects will return later to try to get parts from some of the cars parked in the back lot.

The man and woman were driving a newer-style Chevy truck that was lifted from the ground, Eric Blythe said. Security cameras did not capture a license plate number.

“These people are hitting restaurants who have already been hit hard,” Eric Blythe said.

The family has already made plans to build a fence, complete with a locked gate, to protect the property, Eric Blythe said.