The 2-year-old victim's injuries included “compression fractures of her spine, two skull fractures, subdural hemorrhages and retinal hemorrhages,” according to the Boulder County District Attorney's Office. Thanks to medical care "she continues her recovery as a happy, energetic" 4-year-old.
Mar 9, 2021 12:59 PM By: Julie Baxter 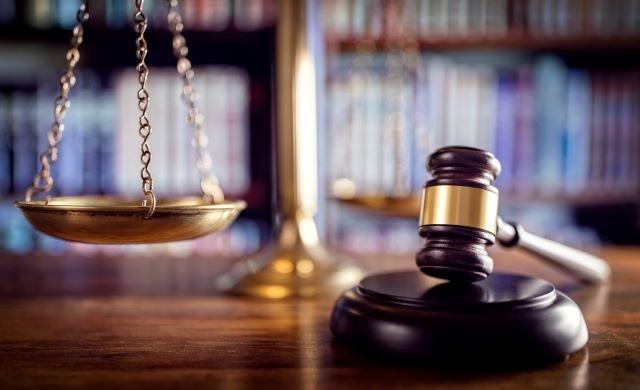 The 32-year-old man charged for September 2019 abuse at the Lamplighter Motel that seriously injured a 2-year-old girl was sentenced Tuesday to 42 years in prison.

Cristian Hernandez pleaded guilty to a number of charges including first-degree assault/extreme indifference and second-degree assault/bodily injury with a deadly weapon, according to a news release from the Boulder County District Attorney’s Office.

Hernandez on Sept. 3, 2019, ran out of a room at the Lamplighter Motel carrying the limp body of the victim, the 2-year-old daughter of his girlfriend, according to the DA’s Office. Investigation revealed the girl had suffered severe, life-threatening injuries at the hands of Hernandez, including “compression fractures of her spine, two skull fractures, subdural hemorrhages and retinal hemorrhages,” according to the release.

Hernandez claimed the 2-year-old fell off the bed when he was in the bathroom while the two were alone in the hotel room, and that he found her non-responsive on the floor, according to the DA’s Office. Several doctors refuted the assertion the injuries girl’s injuries could have occurred after a fall from a bed, with one neurosurgeon stating the force used to cause the brain injury “would occur with a fall from a two-story building or after being hit in the head with a baseball bat swung at full speed,” according to the release.

Bruising associated with extensive physical abuse was found all over the girl’s body during the medical examination, and an interview with Hernandez’s girlfriend confirmed he had been abusing her and her 2-year-old daughter in the weeks before Sept. 3, according to the DA’s Office.

Hernandez also pleaded guilty to domestic violence assault/injury to a pregnant victim, according to the release.

“Today, despite making the decision to avoid trial by pleading guilty and stipulating to a 42-year prison sentence, Mr. Hernandez took no responsibility for his crimes and blamed others for his actions,” Chief Trial Deputy District Attorney Adam Kendall and Deputy District Attorney Breck Roesch stated in the release. “But, justice was done in the courtroom today. The 42-year prison sentence to be served by Mr. Hernandez is the appropriate punishment for him considering the heinous crimes he committed and the life-threatening injuries he inflicted on a toddler.”

Kendall and  Roesch also expressed gratitude to the medical professionals who treated the girl and stated their work saved her life, adding she continues her recovery as a "happy, energetic" 4-year-old.

District Attorney Michael Dougherty in the release stated, “This prison sentence is the right outcome because of the incredibly serious injuries that the defendant inflicted on this young child. Due to the outstanding work of the Longmont Police Department and the medical professionals, we were able to prove that the defendant’s initial story was completely false. With today’s sentence, this man is being held fully responsible for the injuries and the trauma that he inflicted on the victim. This sentence reflects the horrific nature of his conduct. I am grateful to the prosecution team for their tireless efforts and advocacy in this difficult case.”