Johnston joined the family business just months after his graduation from Logan Chiropractic College in St. Louis, where he learned the camaraderie between doctor and patient is important to maintain trust. He credits his father in teaching him how to care for people and help them understand their situations.
Jul 13, 2020 11:00 AM By: Jack Carlough 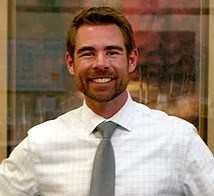 Johnston Chiropractic has been a staple in Longmont at the corner of Mountain View Avenue and Hover Street since 1977, founded by Donald (Don) Johnston. His son, Derek, took over the practice in 2013 and is now celebrating his 20th anniversary.

Derek Johnston has kept his family’s practice going strong since taking over after his father’s retirement and continued to provide natural healing options through chiropractic, acupuncture, spinal decompression and other methods of treatment.

“I'm really glad to be part of the community here in Longmont, and I appreciate the community as far as their interest and their support over the years,” Johnston said. “We're glad to be here and we're always looking into what we can do to improve people's lives and keep them healthy.”

Johnston joined the family business just months after his graduation from Logan Chiropractic College in St. Louis, where he learned the camaraderie between doctor and patient is important to maintain trust. He credits his father in teaching him how to care for people and help them understand their situations.

“I learned a lot,” Johnston said about his father. “Just taking care of people and how to work with people and help them understand what they're dealing with and good quality treatment (for) patients.”

His father entered the chiropractic field in the 1960s and initially struggled to gain respect with the traditional medicinal industry dominating health care. Johnston said chiropractors and medical doctors locked horns throughout the 1980s and it wasn’t until he entered the field in the 1990s that acceptance of the industry grew.

Johnston has grown the rehab department, increased acupuncture options and added vitamin B-12 injections for patients.

Gaining the loyalty of his patients was critical in Johnston’s journey and has served him well the past 20 years. The practice even has a few patients stretching back to his father’s days.

“When you're young and coming out, they (patients) give you that look like, 'What are you going to do? How are you going to help me?'” Johnston said. “It took a couple years to fully understand how to make people see that you can actually help them even though you don't have 15 years under your belt.”

Marilyn Ackerman has been going to Johnston Chiropractic since 2011 for back pain due to a bulging disc. Her pain made it difficult for her to drive and even socialize: “My quality of life was really low,” she said.

“They stuck with me through it and they believed I could get better,” Ackerman said. “That was really powerful for me because I could borrow their confidence and know I would eventually feel my back, and I did.”

“Our customers are great,” Johnston said.” We love them and we try to do everything we can to make them happy and keep them around.”

Johnston hopes to hold an open house on Sept. 19, pending pandemic consideration, to celebrate the 20 years he has worked in Longmont with family, friends and the community.

What has worked? What hasn't? A Longmont business survey on COVID-related changes
Aug 7, 2020 8:00 AM

Small businesses can apply for Energize Colorado Gap Fund loans, grants
Aug 5, 2020 2:57 PM
Comments
We welcome your feedback and encourage you to share your thoughts. We ask that you be respectful of others and their points of view, refrain from personal attacks and stay on topic. To learn about our commenting policies and how we moderate, please read our Community Guidelines.