“We will get through this … It is going to feel oh so much better by the middle of the year. We are going to be able to get out and about, to get out there to see some of our businesses opening up again and once more, growing within our region.”
Feb 26, 2021 11:02 AM By: Macie May 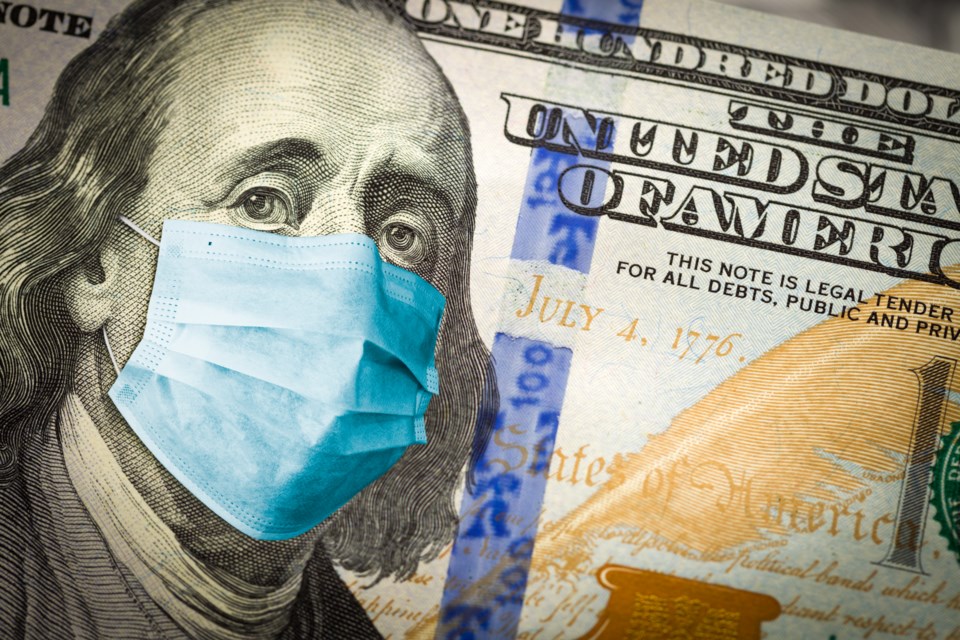 The COVID-19 pandemic has impacted economies across the world, however, local economist Patricia Silverstein, president of Development Research Partners, sees things looking up this year in Longmont and across the Denver metro area.

With the roll out of vaccines, Silverstein said she predicts the third and fourth quarters of 2021 will see some economic improvement. This is not just a local prediction: the International Monetary Fund also “expects that the world (gross domestic product) will increase about 5.5% in 2021,” she said Thursday in her keynote address on the first day of the Longmont Economic Development Partnership’s Advance Longmont Summit.

Trying to help Americans through the pandemic, the Federal Reserve has kept interest rates low and the U.S. government has given out nearly $6 trillion — equivalent to 27% of the nation’s GDP — in relief funds, which  Silverstein said “has come at a cost,”.

The federal budget deficit “increased from $1 trillion in 2019 to $3.1 trillion in in 2020,” she said. While Silverstein and other experts expect the deficit to decline to $2.3 trillion in 2021, the nation’s total debt now exceeds $27 trillion, she said.

While there is a steep decline in the GDP during the pandemic, a strong rebound of 4% is expected in 2021, Silverstein said.

The state also is making strides to recover jobs lost since the onset of the pandemic, she said.

Those job losses impacted low-wage workers more deeply than those in higher impact brackets, Silverstein said. Fifty-three percent of Coloradans who were left unemployed when shutdowns hit in March were low-wage workers, she said.

“It is much more challenging for low-wage workers than perhaps those high-wage workers who were able to switch very quickly, very easily to remote work,” Silverstein said.

Colorado ranks 26th in bringing employment back, she said. The ranking fluctuates, month to month, depending on pandemic-related business restrictions.

The good news is that of the 343,000 jobs lost during a three-month span at the beginning of the pandemic, 63% were recovered by October, with another dip during November and December, Silverstein said. The state has recouped around 56% of jobs lost, she said, and employment is expected to make a full recovery by April 2023. People should start to feel some relief as early as mid-2021, with a return of 48,000 jobs, she said.

Those jobs might not be returning to offices, though, continuing a trend of companies leaving their spaces as more employees worked from home or only came to work a few days a week, she said. That means more office buildings might be vacant than in years past.

However, demand has been on the rise for industrial space as businesses look for more space to spread out, she said.

While most of the economic numbers through the region paint a grim picture, the shining light has been residential real estate.

“This has been the market that has been doing really well all throughout this and surprisingly so,” Silverstein said of the trend that is defying predictions that the housing market would suffer as unemployment climbed.

Boulder ranks seventh in terms of the highest median home prices in the country, with the metro-Denver area ranking 14th, Silverstein said. The good news is national median home prices are increasing at a faster rate than those locally, she said.

“Although we continue to see some home appreciation, our appreciation did start to temper a bit,” she said, adding she expects the trend to continue into 2021.

Apartment lease prices in the region also started to level out, with metro-Denver rents increasing about a half a percent. In Longmont, the increases were 2% to 3%, Silverstein said.

She attributed the tempering in housing prices to “catching up” with construction activity, adding building is on pace to keep up with population growth, which for the Denver-metro region is the lowest it's been since the early 2000s.

The region has experienced fewer births and fewer people moving into the area, likely due to concerns about employment and people wanting to stay in place, a trend seen across the nation, Silverstein said.

Baby boomers make up the second largest population group in Boulder County, with Gen Z being the largest with nearly 10,000 more people. This is good for the local economy, Silverstein said, because the baby boomer generation holds the most assets and likely will spend the most money. The Gen Z group is primarily college-age adults without much current spending power, she said.

Spending at Colorado restaurants and hotels is down 28.8% versus 17.5% nationally, and state spending on entertainment and recreation fell by 68.7% beating national averages by 13 percentage points, Silverstein said.

Transportation spending in the state is down 52.7% compared to 42% nationally.

Health care spending is down 12.4% in Colorado and 7% nationwide, which Silverstein partially attributed to a decrease in elective surgeries

“Colorado spending has not been quite as robust as what we have seen at the national level,” Silverstein said.

However, she said she sees cause for optimism.

“We will get through this … It is going to feel oh so much better by the middle of the year. We are going to be able to get out and about, to get out there to see some of our businesses opening up again and once more, growing within our region,” Silverstein said.