The company last week announced it broke ground on a 240,000-square-foot addition to the Longmont plant in May. It will be operational by fall 2022. At least 200 new jobs will be added to the existing 250-person workforce during the expansion.
Jun 28, 2020 10:00 AM By: Monte Whaley 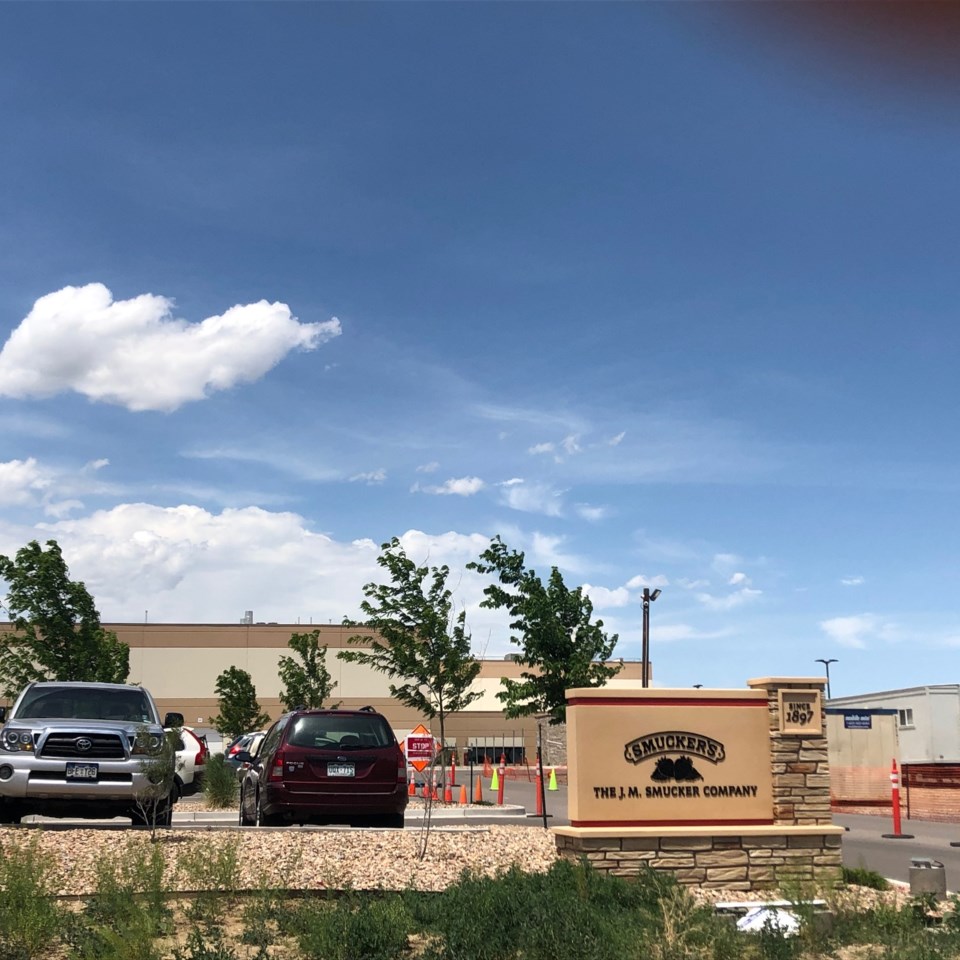 The announcement last week that the J.M. Smucker Co. manufacturing plant in Longmont is expanding and adding 200 jobs is not surprising, given the facility produces the family friendly  Uncrustable sandwich, Longmont Mayor Brian Bagley said.

The premade frozen peanut butter and jelly sandwiches, which come in other flavors, are fueling unprecedented sales at Smucker and are a fixture in many bustling kitchens in the United States.

“I’ve got kids and I know how Smucker’s is a staple in my home and in a lot of other homes,” Bagley said. “It doesn’t shock me at all they are doing well with Uncrustables. It is just a good old peanut butter and jelly sandwich. It’s not complicated. It is a good business model.”

The company last week announced it broke ground on a 240,000-square-foot addition to the Longmont plant in May. It will be operational by fall 2022.

At least 200 new jobs will be added to the existing 250-person workforce during the expansion, which is prompted by sales of Uncrustables.

The sandwich delivered double-digit growth each quarter in fiscal year 2020, building off a legacy of growth, Smucker spokesman Frank Cirillo said. Full-year sales for Uncrustables increased 26% and accelerated to a 50% increase in the fourth quarter.

Uncrustables has grown from $10 million in annual sales to delivering more than $250 million in sales in fiscal year 2019.

Uncrustables are the leading brand in the frozen handheld food category and one of the most popular brands at Smucker, Cirillo said. Uncrustables were only being produced by one manufacturing plant in Scottsville, Kentucky, until the Longmont facility opened in July 2019.

“Demand required additional capacity,” Cirillo said. “With the Longmont facility, we are now better positioned to meet the continued demand for this popular product.”

The existing $340 million plant is reportedly the largest capital investment in Smucker history and rests on land purchased by the company in 2017 for $4.6 million, according to the Greeley Tribune.

The company's move to Longmont was aided by nearly $10 million in incentives from the city of Longmont and Weld County, according to the Tribune.

Bagley said any incentives offered to Smucker were not offered as part of a blank check. Companies must meet a set of requirements before they are given financial compensation.

Among the requirements lined out by Longmont City Council in its February 2017 approval of an incentive package for the company, was that it pay an average annual wage of $48,977.

“We always look at the impact on property and sales taxes and the local environment,” Bagley said. “It’s not corporate welfare. But we ask if this will increase commerce to the city and if it will provide tangible benefits like steady work for our local families.”

Boulder County, area chambers holding virtual COVID info session for commerical landlords
Dec 3, 2020 1:40 PM
Comments
We welcome your feedback and encourage you to share your thoughts. We ask that you be respectful of others and their points of view, refrain from personal attacks and stay on topic. To learn about our commenting policies and how we moderate, please read our Community Guidelines.