The hotel hit a few bumps in the road on the way to opening, which was originally planned for late September or early October, but is open now in Harvest Junction.
Nov 21, 2020 10:00 AM By: Deborah B.G. Kelly 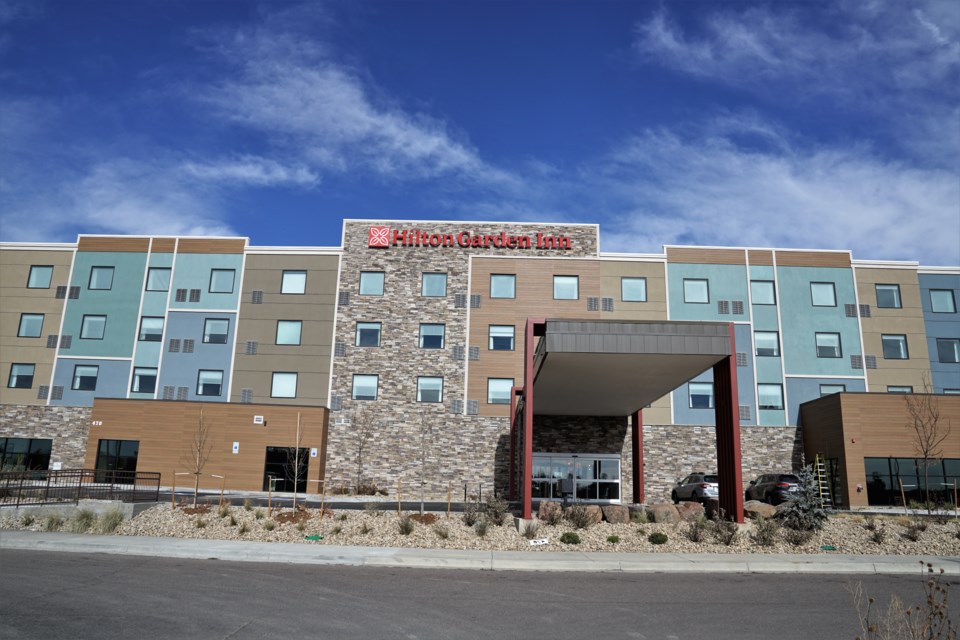 “Once you're a part of the Longmont community, you understand why everybody's so passionate about it,” said Adam Sahagun, general manager of the Hilton Garden Inn-Longmont, which opened earlier this month.

The passion Longmont residents have for their community has driven the way the Hilton Garden Inn has approached its opening and its marketing strategies, according to its owners.

Rohit Dand, president of Cimarron Hospitality who owns Hilton Garden Inn with Harish Dand, said even though he doesn’t live in Longmont, he feels like a local with the amount of time he’s spent here and the connections he’s made with people in town.

The Hilton Garden Inn, 470 South Martin St., is in Harvest Junction, is the only hotel designated as Longmont’s Downtown hotel.

“The designation allows us the responsibility to truly represent Longmont, and what Longmont can offer potential travelers and businesses coming into the market. we are also the only hotel featured on the downtownlongmont.com website,” Sahagun said.

Dand said he became aware of Longmont thanks to his visits to Estes Park. Its appeal was its proximity to attractions, but with lower population density than Boulder and a lower price point than destinations such as Estes Park.

COVID has impacted the performing arts project, as well as the way the hotel has marketed itself to fill rooms as hotels across the state struggle to survive the pandemic .

The hotel is offering a grand opening discount and has created packages aimed at those looking for a “staycation,” including the Longmont Neighborhood package, which offers a discounted rate for those who live in Longmont or know someone who does.

The hotel hit a few bumps in the road on the way to opening, which was originally planned for late September or early October.

Among them were delays in the supply chain, which meant it took four to five weeks for mattresses to arrive, instead of one or two, as materials were diverted for use in personal protective equipment.

To address a dearth in applicants, Sahagun said the hotel expanded its postings beyond its usual job boards and networks to include broader sites such as Indeed and Craigslist. And he said they’ve been seeing applicants with higher skill levels and industry knowledge and experience.

Choosing staff to launch the hotel was exciting, Dand and Sahagun said.

“... We get to pick our all-stars from the beginning, from the foundation up,” Sahagun said.