Is the cure for hiccups being made in Longmont?

A doctor in Texas thinks he has a cure for the hiccups and has turned to local companies to manufacture and market the device.
David Reed Oct 17, 2020 10:00 AM

While there is no shortage of suggestions to be found on Google — hold your breath an swallow three times, a teaspoon of sugar, breathe through a paper bag — is there really a cure for the hiccups?

A doctor in Texas thinks he has one and has turned to companies in Longmont to manufacture and market the device.

HiccAway, a fluid-sipping straw that stops uncontrolled hiccups, was designed by Dr. Ali Seifi, an associate professor and director of the neurosurgical intensive care unit at the University of Texas Health Sciences Center in San Antonio.

Seifi said he noticed over several years that patients showing serious problems with uncontrolled hiccupping rarely were aided by the usually recommended pharmacological methods. He decided, after reviewing articles clarifying what little was understood about the condition, to try a purely physical method.

He eventually decided to use a specially constructed plastic straw-like device that changed the pressures in the chest as fluid passed through. After some initial testing on a sample of patients and getting favorable reports, Seifi decided to arrange for manufacturing and selling the device.

Through a series of personal contacts Seifi brought his device to Longmont — to Altratek Plastics Inc. to produce the straw and to Aim Dynamics to market and distribute the device.

Victor Fehlberg, general manager of Aim Dynamics, said several thousand straws have been manufactured by Altratec and sent by Aim Dynamics to hospitals as well as outlets such as Amazon, Walmart and Walgreens. Each unit retails for $14.

And while hiccups might sound like more of an inconvenience than a medical problem, they result in more than 4,000 annual hospital admissions, according to a journal article in the National Library of Medicine. In addition serious problems can occur in hospital settings with patients who simply cannot control ongoing hiccupping, as Seifi said he has seen in post-operative environments. 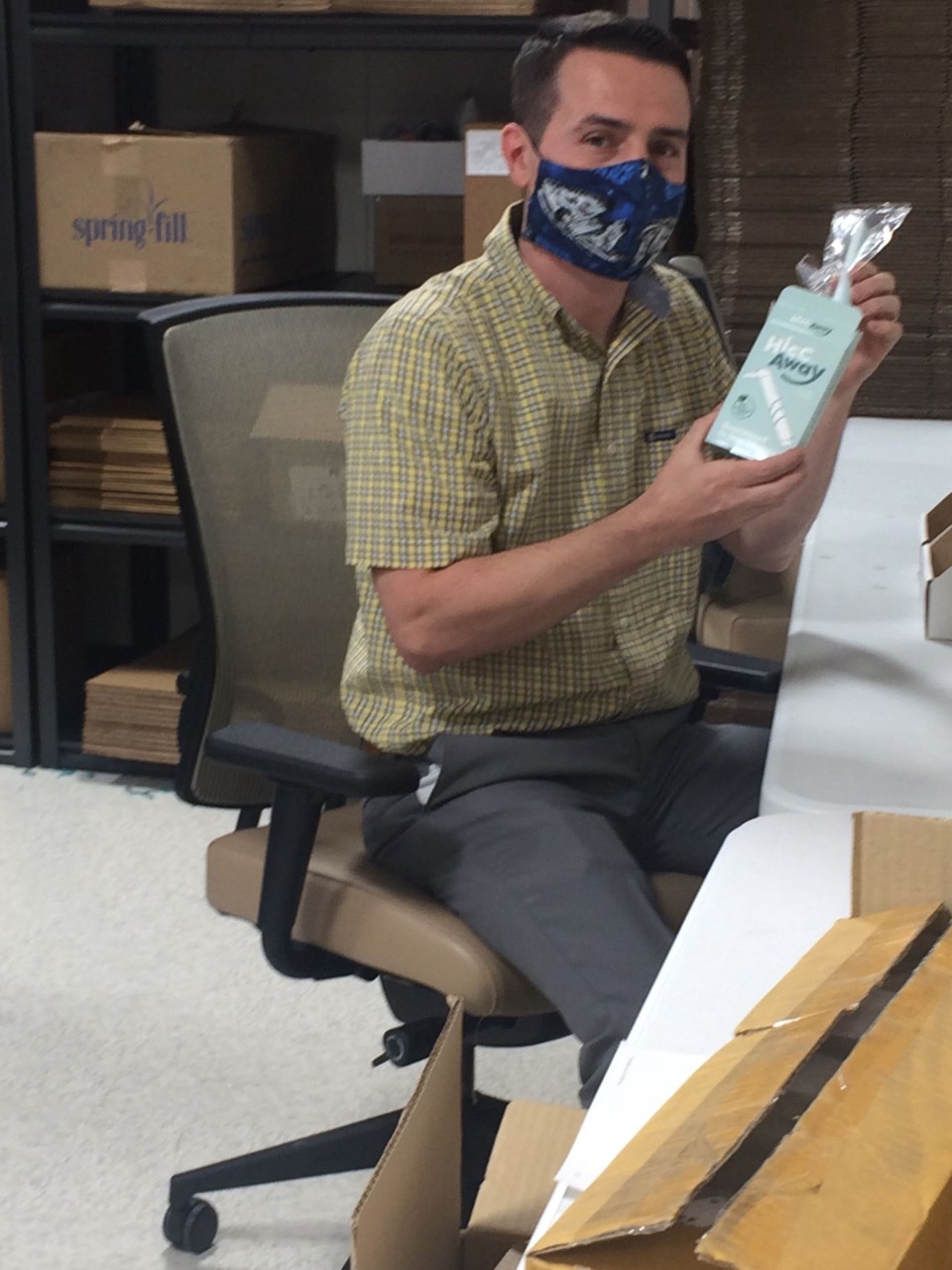