Airius partnered with Global Plasma Solutions, or GPS, which created technology that “delivers clean indoor air without producing ozone or other harmful byproducts,” according to its website.
Mar 26, 2021 1:00 PM By: Macie May 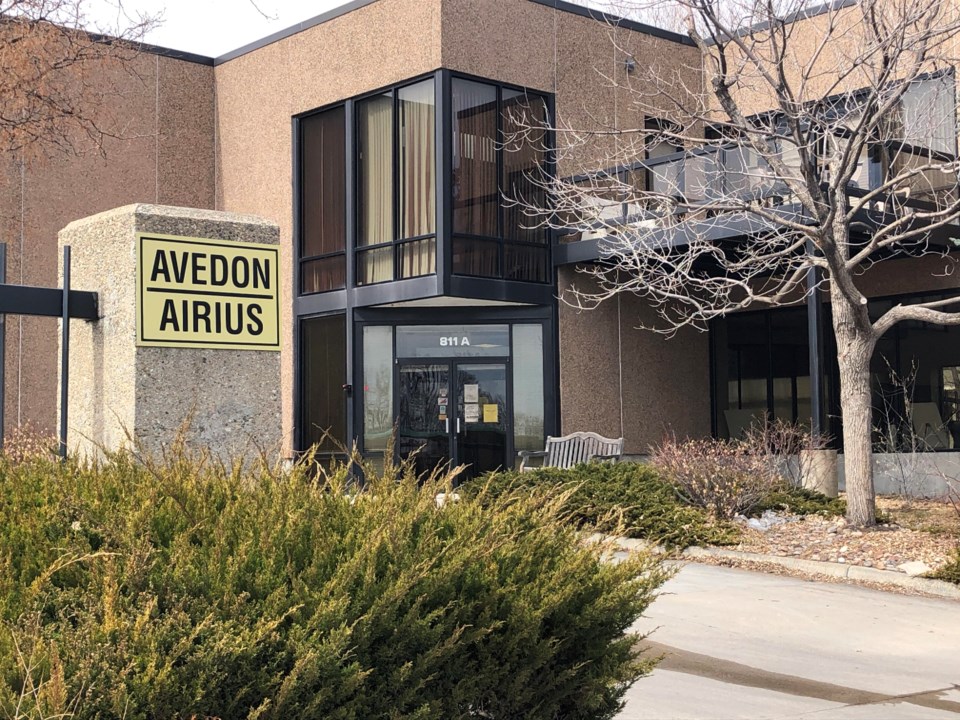 Air circulation in a business is a concern facing not only owners and employees but also patrons. One Longmont company has responded to the coronavirus pandemic by putting that knowledge at the heart of its work and has adapted its commercial fans to help eliminate airborne viruses such as COVID-19.

The effort started as Avedon Engineering was trying to solve the problem of air temperature control within its buildings and built a fan to circulate air within its commercial properties, Christian Avedon, director of sales and marketing at Airius and son of Ray Avedon, founder of Avedon Engineering.

Airius, which manufactures air circulation and purification fans, is the second company owned by the Avedon family, both of which are in Longmont. Avedon Engineering began in 1991 with a focus on plastic injection modeling and “making other people’s products,” Christian Avedon said.

When such manufacturing began to shift to an overseas market in the late 1990s, Ray Avedon had to “reinvent himself,” Christian Avedon said.

The reinvention became Airius, which started manufacturing products Ray Avedon had been tinkering with for a few years before deciding to bring them to market, Christian Avedon said.

The original use for the fan was to help industrial businesses, including their own, reduce energy costs by circulating air to maintain a regulated temperature throughout the building, he said.

“... With COVID and everything that has been going on, air purification and air sanitization has become a very big topic,” Christian Avedon said.

Restaurants and business owners were forced to close at the onset of the pandemic because of concerns of spreading the airborne virus in confined spaces.

“The layout and design of a building, as well as occupancy and type of heating, ventilation and air conditioning system, can all impact potential airborne spread of the virus,” the Environmental Protection Agency website states.

In Downtown Longmont, the Longmont Downtown Development Authority and the city worked together to expand the outdoor spaces of businesses by closing one lane of and placing barriers along Main Street.

Other businesses also found creative ways to expand their outdoor spaces, including with tented outdoor dining.

Given those factors, the Avedons saw an opportunity to turn their product into something that could benefit the community. The family’s roots run deep in the Longmont area and it still calls the city home.

Airius partnered with Global Plasma Solutions, or GPS, which created technology that “delivers clean indoor air without producing ozone or other harmful byproducts,” according to its website. The technology referred to is needle point bipolar ionization, or NPBI.

The technology has been tested and been proven to reduce the amount of the COVID-19 virus by 94% over 30 minutes in an enclosed area, Christian Avedon said.

The partnership between the two companies resulted in Airius PureAir fans, which neutralize “pathogens, bacteria, molds and even odors ... to provide indoor spaces with safe, clean air,” according to a news release.

Christian Avedon said one of the great things about the fans is they don’t need to tie into existing ventilation systems, which allows businesses with limited ventilation options to use them.

“You can easily install it. You don’t have to have a contractor come in to make modifications and run electrical. Typically with our product it is a plug-and-play-type device,” he said.

“With what has been happening (with) COVID, it has put a spotlight on indoor air quality. We responded to the pandemic with our partnership with GPS to help people out there, to help people reopen and provide a safe space, a cleaner space moving into the future so we can all, hopefully, get back to some sort of normalcy.”