When opening the store more than 17 years ago, owner Carrie Adams decided that, as an independently run pet store, she would offer higher quality natural foods, free from chemicals and preservatives as much as possible. It’s a focus she’s retained ever since.
Sep 21, 2020 9:00 AM By: Deborah Cameron 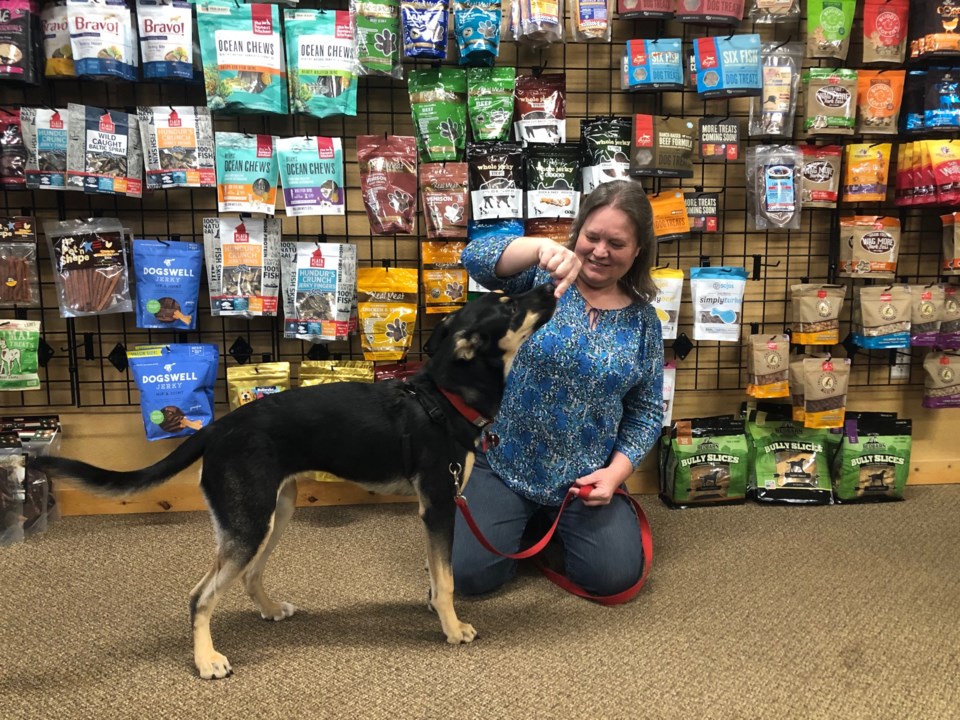 Since Four Paws & Co. opened more than 17 years ago, Carrie Adams has helped a lot of Longmont’s four-legged residents.

“There have been so many that we’ve started working with since puppyhood. At this point, pets have passed away and now we’re helping families with new pets,” she said.

Adams loves being there for the animals, a passion that started when she was 16 and she worked at a large boarding kennel in Longmont. With that as her inspiration, she considered going to school to become a veterinarian. In college, she took human nutrition classes as part of her program and realized there was a need to apply nutritional knowledge to the way animals are fed.

“Vets get very, very little training in nutrition and I felt that that was a place where I could contribute as part of the veterinary world,” Adams said. “Eventually, I went off the vet track and focused on the feeding part.”

The word Adams uses to describe the pet food landscape that existed in 2003, when she opened her store, is basic.  “The quality of the original dog food in the ’80s, wasn’t that great. The goal was to feed cheaply, to produce the most food at the lowest rate,” she said.

Adams decided that, as an independently run pet store, she would offer higher quality natural foods, free from chemicals and preservatives as much as possible. It’s a focus she’s retained ever since.

In addition to providing food, Adams consults with clients on any kind of food-related health issues and disease prevention, including pet allergies, managing health at different life stages, and maintaining healthy pet weight. As needed, Adams works closely with veterinarians throughout the region. Sometimes they refer their patients to her for food suggestions.

Said customer Paula Gurak, “When I first heard about the store, I went in and was immediately made to feel that I was a part of their family. I had a lot of eating issues with my dog at first. We went through many different brands. If something didn’t work, I was able to bring it back.”

Through the years, the store has provided other specialty services including training, access to a vet that performs acupuncture, and a self-service dog wash. All of it has been conducted with an extremely small staff.

Adams has also developed relationships with community entities. She helped the Longmont Humane Society to get its store, Boz’s Place, started, though the store now runs on its own. In addition, she runs a collection bin for donations to Longmont Friends of Feral and Abandoned Cats and supports the Longmont Police K-9 Association, a nonprofit for which Gurak serves as president.

As part of her commitment to pet-related charities, Adams’ store also hosts a donation bin for the Colorado Pet Pantry. In her view, its services have been even more needed as people are struggling to feed their pets due to the coronavirus pandemic. “It’s important to continue to support these groups that help families in need to keep their animals instead of having to relinquish them,” she said.

Since her first days in business, Adams has seen how the industry has changed. In many ways, it’s meant the pressures she faces as an independent business have only grown. “That has been the hardest part of the business, having big corporations move in. The online presence of Chewy, owned by PetSmart, has also been hard. PetSmart and Petco are in town, too,” she said.

Adams works to counter that by providing added services and working to keep her prices as low as she can. Surprisingly, she doesn’t have a large website or social media presence.

“I do very little marketing. We’re always just so busy talking to people in the store. It’s word of mouth, and we just have a really strong relationship with our customers,” she said.

For her, it’s those relationships that make the difference.

As Gurak said, “ They’re very friendly, I love the atmosphere. And they love my dog. When he comes in, he just lays down as if he’s part of the shop.” 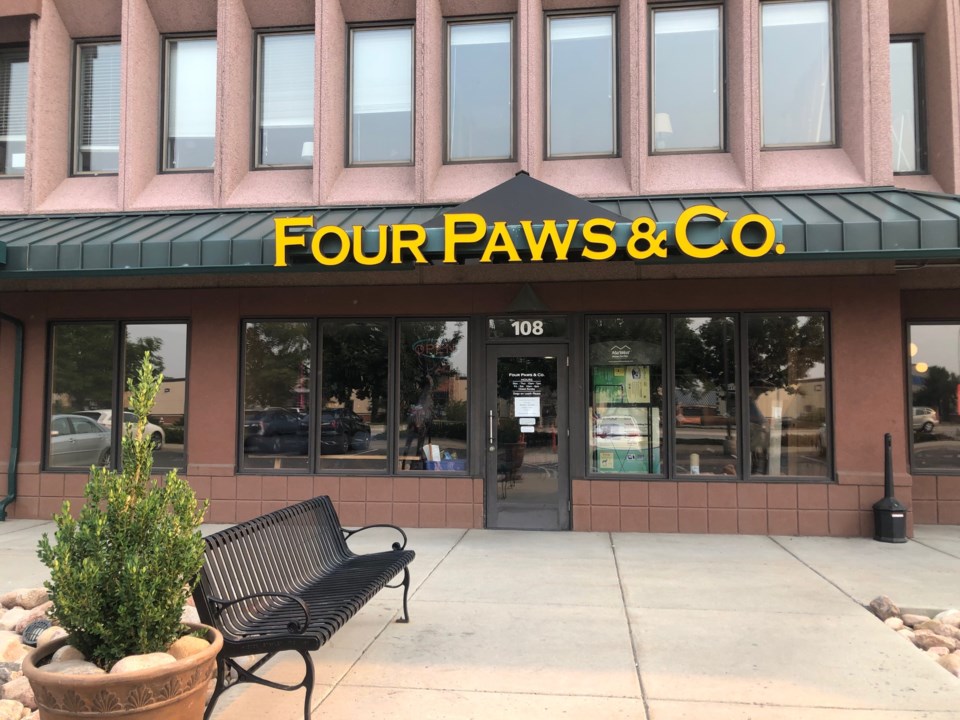 4 Paws & Co. opened more than 17 years ago and has kept its focus on providing high-quality pet food at the best prices possible and by supporting local nonprofits and animal-related causes.(Photo by Deborah Cameron)

Longmont Local: A chiropractic practice extends to another generation — and into Longmont
Jan 11, 2021 9:00 AM
Comments