Novartis to close Longmont plant by July, laying off 400 workers 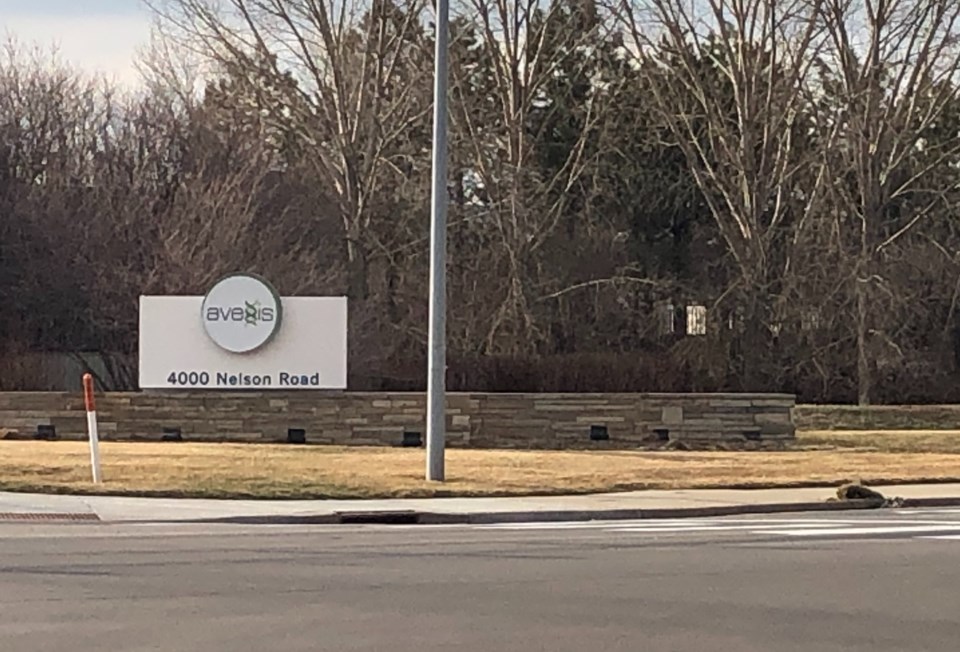 Novartis on Wednesday, March 24, 2021, announced it is closing its six-building manufacturing plant in Longmont where its its AveXis unit makes gene therapies.Macie May

Pharmaceutical company Novartis Gene Therapies is ceasing operations at its six-building manufacturing plant in Longmont, which will close by July 9. The company will lay off about 400 employees in Colorado and at some select locations in other parts of the company’s operations.

Novartis, located at 4000 Nelson Road, in 2019 was offered nearly $1.9 million incentives from the city for reopening the former AstraZeneca/Amgen site. It also received $7.26 million from the Colorado Economic Development Commission, according to BizWest.

“Our economic development partners are working with the company to support displaced workers,” Dominguez said in an email. “The economic partners are also immediately beginning the process of looking for opportunities to make use of the current Longmont location.”

Longmont’s package of incentives was close to $1.9 million, but it was all reimbursements of future fees and taxes, said city spokesman Rigo Leal. To date, the city has only rebated $52,901.65 of permit fees and sales taxes to Novartis, he said.

Those rebates are subject to clawback — that is money already paid must be returned to the city — under the agreement between Longmont and the company, Leal said.

Novartis, in a statement, did not say what led to the closure of the 692,000-square-foot Longmont facility, which it opened in January 2020. The company said gene therapies and advanced platforms are still expected to play an increasingly important role in the years and decades to come at Novartis.

“To ensure the success of our long-term vision it is imperative that we take into consideration factors such as current and future demand, capacity, technology advancements, process improvements and new regulatory realities, while also investing in our promising early pipeline for the future,” the company stated in an email. “When associates are impacted, these strategic decisions are always extremely difficult and taken only after thoughtful review and deliberation of alternative approaches.”

Novartis is continuing to invest significantly in gene therapy work, the company stated.

Swiss-based Novartis bought the Longmont facility from fellow big biopharma company AstraZeneca to grow its gene therapy work and help its AveXis unit in the production of therapies including Zolgensma, according to a 2020 BioProcess International story.

“The new site will be manufacturing gene therapies for rare genetic diseases, including our FDA-approved gene therapy for the treatment of spinal muscular atrophy,” Novartis spokesperson Anja von Treskow told the publication.

Zolgensma is a one-time infusion designed to address the root cause of spinal muscular atrophy, a severe neuromuscular disease characterized by the loss of motor neurons leading to progressive muscle weakness and paralysis, according to Novartis.

Since acquiring AveXis for $8.7 billion in May 2018, Novartis has invested heavily in gene therapy production capabilities, according to BioProcess International. Two investments totaling $115 million have been made for a manufacturing center in Durham, North Carolina, and to expand production development at a facility in San Diego, California.

The 700,000-square foot facility in Longmont, which sits on 70 acres, was the largest manufacturing facility in the Novartis network, at least until the North Carolina site is built out, according to BioProcess International.

The Novartis plant once housed Amgen, which produced its biologics Epogen and Aranesp, both of which are used to treat anemia in patients with long-term serious kidney disease.