A life of service and family: Remembering the work and legacy of community leader Nino Gallo

Gallo personified work ethic and worked relentlessly to push the advancement and promotion of equity and his death leaves a huge gap in the lives and heart of the community, said Nina Christensen, Boulder County Area Agency on Aging bilingual wellness outreach coordinator and Gallo’s daughter.

Longmont City Council will vote Tuesday to proclaim Nino Gallo Day. The same is the case for Boulder and Boulder County, where city council members and commissioners will vote for a proclamation naming Tuesday in Gallo’s honor in recognition of his service to the community across the two municipalities and the entire county. Tuesday would have been Gallo’s 71st birthday.

On Dec. 1, Gallo died from COVID-19, leaving two daughters, three stepdaughters, a wife, countless friends and a legacy of community service that is too extensive to be summarized in one document.

“His legacy is intergenerational and broadly felt,” said Janet Heimer, former Boulder County Community Action Programs director and Gallo’s boss for many years. “It's rare to come across any initiative or project that he didn't touch.”

Having arrived in the United States from his native Chile in 1989, Gallo’s life could be considered an example of opportunity.

“Our abuelita (grandmother) had moved here and we wanted to be closer to her. They had planned on returning to Chile in five years. After spending more time (here) ... (my mom and dad) decided that they would like to stay because there were many more opportunities of work and education for us,” she said.

That is when Gallo’s legacy in the county began.

Gallo in 1995 started working as a housing manager for the Boulder County Housing Authority, managing Casa Esperanza and Casa Vista, which are properties providing housing to migrant workers and their families, Heimer said.

In 2000, Gallo started with Community Action Programs and the county working on immigrant advocacy, Latino parent leadership and the Know Your Rights Campaign, a workshop designed to teach immigrants their rights in the U.S., Heimer said.

“Know Your Rights was very controversial at the time and Nino received significant resistance from the anti-immigrant movement,” she said.

Shortly after, in partnership with United Way, Gallo created the Personal Investment Enterprise program, or PIE, an initiative that seeks to empower people with low incomes to save and build assets to strengthen their economic stability. The program remains active and successful.

By 2016, PIE had 258 graduates that had saved more than $240,000, driving more than $1.25 million into Boulder and Broomfield counties economies, according to Boulder’s Nino Gallo Day proclamation.

Gallo remained the coordinator of PIE until his passing.

Gallo’s involvement in the city of Boulder included time as a victim advocate for the Boulder Police Department from 1998 to 2000. He also was a member of the city's Human Relations Commission from 2002 to 2007, during which time he advocated for city council to act on immigration reform and for the creation of Boulder's Celebration of Immigrant Heritage Month.

Gallo also collaborated with the city's Department of Housing and Human Services by supporting new homeowners and low-income communities. 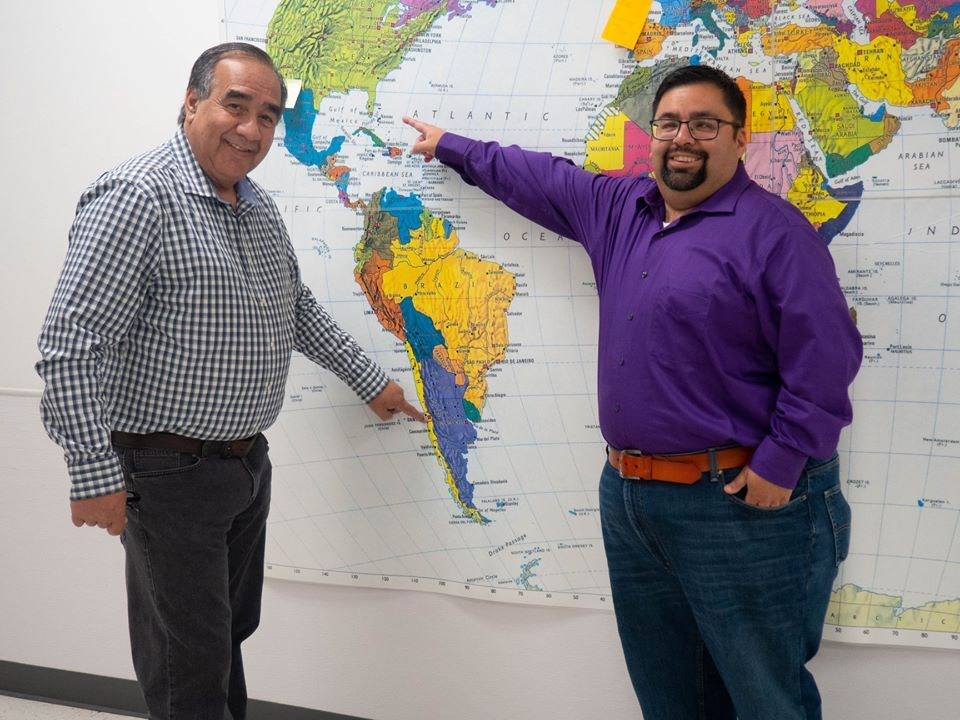 Gallo’s involvement in the city included participation in the Longmont Housing Opportunities Team.

He also was involved in a group that played a role in the creation of the Longmont Strategic Plan that later evolved into what is now known as the Longmont Multicultural Committee, an element that helped Longmont win its first All-America City award in 2006.

Work with immigrant and Latino communities

From the beginning of his community work, Gallo was highly engaged with the immigrant community.

In addition to his work with immigrant workers in the ’90s, Gallo  in 2002 co-founded the Immigrant Integration Program in Boulder County, a program that provided coordination of immigrant services and advocacy with El Comite, Amistad and Intercambio, according to Heimer.

“Nino was very supportive of the immigrant community,” he said. “He understood people sometimes don't have legal status because they are thrown into difficult situations, and are forced out of their homes by difficult conditions.”

His commitment to the immigrant community was undeniable and fueled by his own journey coming from Chile, Riosmena said.

“He understood people immigrate in search of a better life, a better life that basically means upholding safety or security, in search of better economic opportunities,” he said. “At an organization like the center, we advocate for people, and Nino embodied and espoused that philosophy.”

Beyond immigrant rights and issues, Gallo was heavily involved in service to the larger Latino community across the county.

Gallo was among those who started the Latino Task Force at the beginning of the millennium, making him one of the founders of a movement that has served as the platform through which much work and multiple initiatives within and for the Latino community have emerged, according to Carmen Ramirez, community and neighborhood resources manager at the city of Longmont.

The Latino Task Force originated through a volunteer group of 12 leaders who were “hands on,” and sought to make a difference for the larger Latino population in the region.

“When you think about Nino’s work it was not just paid work but really how much volunteer work he did … (it was) all related to that deeply knowing of the issues and deeply understanding the opportunity (he had) to help in a culturally appropriate way,” Ramirez said, adding the task force led the first-ever assessment of the Latino community in 2001, through which several dozens of community members participated in a series of focus groups that later informed decision-making for the county and municipalities.

“He was very humble, and was always asking ‘How can I help, what can I do?’,” Ramirez said. “He was always willing to serve this community … this is something I will always remember, along with his jokes.”

Among other efforts in which Gallo was involved in the Latino community was the creation of the Latino Chamber of Commerce of Boulder County, according to Peter Salas, co-founder of the chamber and longtime community advocate. 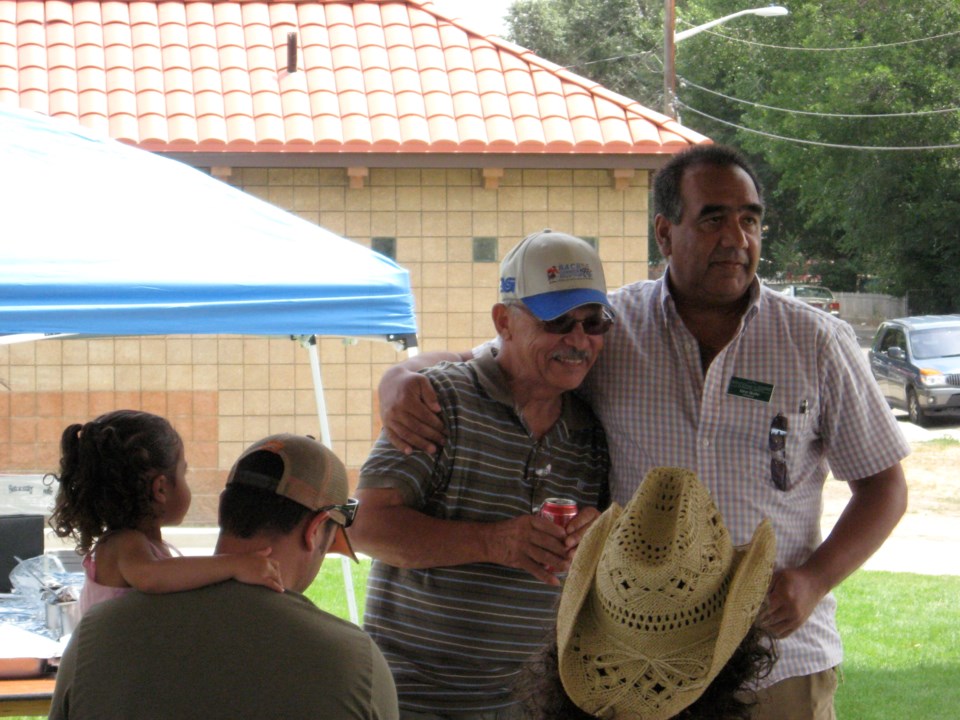 Nino Gallo, and Michael Medina, co-founders of the Latino Chamber of Commerce of Boulder County, pictured in the early '90s. By Courtesy photo
Along with a core group of 14 other people, Gallo started the chamber to support Latino, Hispanic and Chicano entrepreneurship and to advocate for the recognition of the work and contributions that members of this community had been doing and continued to do in the region, Salas said.

“He worked with passion, but it was the kind of passion that ran deep,” he said. “You could tell when he talked that it was there and he didn't need to be loud … it was exhibited really in his work.”

His work at the Latino Chamber not only served to support other Latinos but also as a tool for advocacy for inclusive practices in business, according to Jesse Esparza, Boulder Small Business Development Center bilingual counselor.

“He made every effort… to be inclusive to everybody,” Esparza said. “He really worked at trying to accommodate a lot of small business owners … just trying to expand the whole arena of inclusive businesses into the Latino Chamber.”

His involvement across the community also included his participation in and volunteering with the Democratic Party, according to Bob Norris, a longtime Longmont community advocate.

“(In the early 2000s) both of us together were going to go door knocking for candidates. We knocked on doors in the northwest part of Longmont,” he said. “He happened to know a lot of the people, too, which was what impressed me most.”

Gallo also was involved in the creation of the Colorado Statewide Parent Coalition, Norris said.

Beyond the work he did, those who knew Gallo said he modeled a life that left a mark. Across the board, people remember his sense of humor as something that brought smiles to the faces of all who encountered him.

“He’s definitely a very, very silly guy. He was just so funny and made life so simple that way. This was a huge lesson for me: to not take life so seriously and things so at heart. That has definitely changed my perspective on my life,” said Alondra Perea, Gallo’s stepdaughter, whom he lived with until the very end. “I just loved seeing him every single morning. … He just started his day happy.”

Humility and selfless service are qualities that best described him, according to those who knew Gallo.

“It was never about him, he never bragged about him, he just helped and did stuff, and was always gracious with anything that he did,” Norris said.

“His most amazing attribute was his human quality. He was a being of light, he shined with his own light. He had the biggest heart and full acceptance for all and everything,” said Norma Fuentes, Gallo’s wife of nearly 10 years. “He was one of those people who came to this world to do good, to be a good human being. To serve and to love.”

All about family, close and extended

Above all else, Gallo’s family was his priority. All who spoke of him highlighted his love and commitment to his family.

“Our dad’s best quality was that he always puts this family first,” said Claudia Perry, Gallo’s daughter. “Our dad taught us the value of family, hard work and always standing up for what we believe in. He was always dedicated to his family, a provider and protector. … The most important thing that stays with us is his unconditional love.”

Many across the community not only considered him a colleague or peer, but a member of an extended family through which strong and lasting relationships were forged, as the Community Foundation serving Boulder County stated in a recent post: “The social sector mourns the loss of not only a co-worker, collaborator, and mentor, but also a member of our extended family.”

Gallo personified work ethic and worked relentlessly to push the advancement and promotion of equity, Christnensen said, adding his death leaves a huge gap in the lives and heart of the community.

“We are extremely lucky that we (had) him as our loving and caring father, first teacher in life and unwavering supporter,” she said. “We strive to always celebrate his life and his legacy in everything we do.”