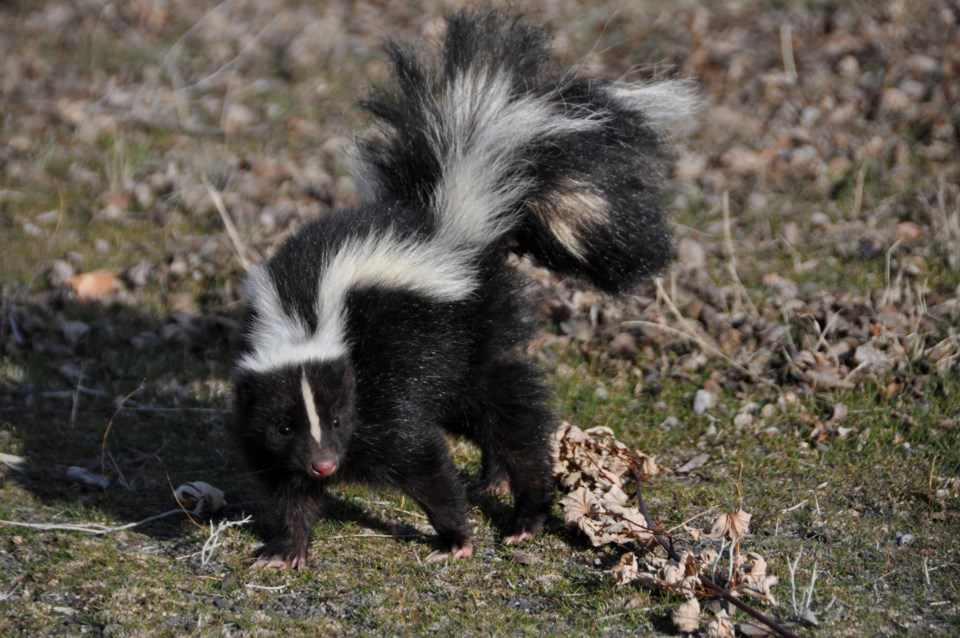 A rabid skunk bit a dog at a property on Quail Road in Longmont last week and a risk assessment was completed for the dog and dog owner. Boulder County Public Health Spokeswoman Angela Simental said she could not disclose the results of the assessment on the dog owner.

The dog approached the skunk and the skunk bit the dog’s leg and paw, according to a Boulder County Health news release. The dog owner “released” the rabid skunk from his dog and called animal control and submitted it for rabies testing.

After the skunk tested positive for rabies, a risk assessment was completed for the dog and the dog owner, the news release states.

“Fortunately, this pet owner understood there might be a risk of rabies and did the right thing by contacting animal control to have the skunk tested,” said Carol McInnes, Boulder County Public Health Environmental Health Specialist in the news release.

Another skunk was seen near Quail Road three weeks prior which also appeared to have rabies. But that skunk had no known contact with people or domestic animals, the news release states.

Boulder County Public Health is asking anyone in the area of Quail Road who has been in contact with a skunk or had a domestic animal recently injured by a skunk or unknown animal  to contact the agency.

Anyone whose pet may have come in contact with wildlife, or who sees wildlife or a stray pet that looks sick or is acting unusual should call their local animal control office, the news release states. Other wild animals that may carry rabies include raccoons and foxes.

Pets that are not vaccinated against rabies may need to be euthanized or placed in a facility quarantine for four months at the owner’s expense, if they come into contact with a rabid animal, states the news release.

“Making sure rabies vaccinations are up-to-date for dogs, cats, horses and valuable livestock is the most important and effective way to protect both animals and humans from contracting rabies,” McInnes said.

Rabies is generally spread from a bite or scratch by an infected animal and it is sometimes practically undetectable, such as a tiny puncture of the skin by a bat.

Rabies is an infectious viral disease that affects the nervous system and is almost always fatal to humans unless it is treated before any symptoms appear. Treatment for rabies exposure involves a series of vaccinations.

Public health officials recommend the following precautions to reduce the risk of exposure to rabies:

For more information about rabies, visit www.BoulderCountyRabies.org or call 303-441-1564.