The CDPHE is holding work group sessions and seeking public comment on a proposed bill that is likely to be introduced in the next two weeks
Apr 12, 2021 10:00 AM By: Jerd Smith, Fresh Water News 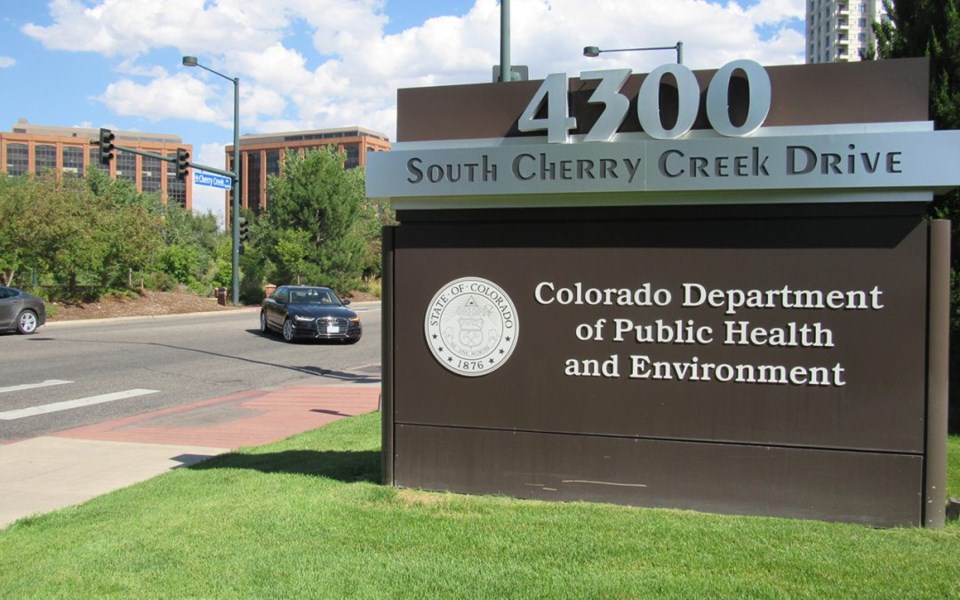 The Colorado Department of Public Health and EnvironmentFresh Water News

Editor’s note: This story was originally published by Fresh Water News and was shared via AP StoryShare.

For the second time in less than a year, state health officials plan to ask lawmakers to fast-track permitting authority over hundreds of miles of streams left unprotected after a 2020 Trump Administration rollback of federal Clean Water Act rules.

The CDPHE is holding work group sessions and seeking public comment on a proposed bill that is likely to be introduced in the next two weeks, officials said. The CDPHE declined to comment for this article.

Last May Colorado Attorney General Phil Weiser sued the U.S. Environmental Protection Agency and won a temporary injunction against the new rules, which would have taken effect in June 2020. But a federal appeals court overturned that decision last month.

As a result, the rules are set to take effect in Colorado April 23. Though many expect the Biden Administration to alter the new rules, once again, state health officials say an interim rule is needed to ensure the state has the permitting authority and the funds needed to protect streams.

The CDPHE launched a similar effort last year, but a lack of support for that proposal caused the agency to withdraw it. Now agency officials say they will try again.

Colorado Water Congress Executive Director Doug Kemper said right now there is too much uncertainty around which streams and which activities will be overseen by federal and state agencies.

“It’s a big deal right now because you don’t really know what activity is covered and what is exempted,” said Kemper. His group has not taken a position on the CDPHE’s initiative, in part because a formal bill has yet to be introduced.

Environmentalists said it’s important that the state moves quickly to assume the permitting authority to protect streams and to allow millions of dollars in construction, dam and road projects to be properly reviewed and permitted.

“We’re concerned that the focus is solely on legislative options,” said John Kolanz, an attorney who represents the Colorado Stone, Sand and Gravel Association. He believes the state could make changes to its own rules, rather than enacting a new law.

“We don’t think it’s advisable to rush through legislation and a complicated rulemaking by the end of the year,” Kolanz said during a public work group meeting hosted by the CDPHE Monday.

quickly in order to adequately monitor and fund stream protection work over the next one to two years.

“The biggest part of this legislation is getting some fees so that the [Colorado Water Quality Control] division can do its job and go out and see what’s happening on the ground,” Kassen said Monday.

At issue is what’s known as the Waters of the U.S. (WOTUS) rule. The rule was designed to classify which streams are subject to federal rules and which activities must obtain permits from the Army Corps to ensure those streams are protected even when they are disturbed by home and road building, construction of new storm water systems, and other activities.

But WOTUS has been contested in courts for years over murky definitions about which waterways fall under its jurisdiction, which wetlands must be regulated, what kinds of dredge-and-fill work in waterways should be permitted, what authority the CWA has over activities on farms and Western irrigation ditches, and what is allowable for industries and wastewater treatment plants to discharge into streams.

It has also been difficult to administer because the U.S. is home to such a wide variety of waterways.

In the East and Midwest massive rivers are filled with barge and shipping traffic and are clearly “navigable.” That was the term early courts used to determine how water would be regulated. If a stream was considered navigable, it was subject to federal law.

Under the new federal rule only perennial and intermittent streams, or those deemed navigable, are regulated, meaning that thousands of miles of streams in Colorado and other Western states are no longer protected under the law.

If the CDPHE’s new legislative effort succeeds, it would give state health officials the authority to issue so-called dredge-and-fill permits on stream segments no longer protected by the federal law.

Jerd Smith is editor of Fresh Water News. She can be reached at 720-398-6474, via email at jerd@wateredco.org or @jerd_smith. Fresh Water News is an independent, nonpartisan news initiative of Water Education Colorado. WEco is funded by multiple donors. Our editorial policy and donor list can be viewed at wateredco.org.