The UNA Boulder County chapter since 1996 has been recognizing residents for their work protecting and defending international human rights. On Friday it will honor Eugenia Brady, advocacy coordinator and diversity specialist at the Association for Community Living.

A longtime Boulder County advocate for people with intellectual and developmental disabilities — whose work has been infused with passion and purpose from her personal experiences — will be honored Friday by the United Nations Association.

The recognition of Eugenia Brady, advocacy coordinator and diversity specialist at the Association for Community Living, comes after a longtime push to recognize the work of Black, Indigenous and people of color.

The UNA Boulder County chapter since 1996 has been recognizing residents for their work protecting and defending international human rights, said Zuza Bohley, board member and advocacy chair.

“When I saw Eugenia Brady was nominated I was thrilled because she is perfectly deserving for this award,” she said. “She is a woman of color and with Indigenous roots. She is a single mother, works hard and volunteers for her community… She is also a fighter, una luchadora, for people with special needs or concerning issues of equity, diversity and inclusion.”

Brady’s experience includes many years of work in the Boulder Valley School District and as a volunteer and board member for nonprofit organizations including the Autism Society of Boulder County, the Parent Engagement Network, Boulder Valley Gifted and Talented and Engaged Latino Parents Advancing Student Outcomes, or ELPASO.

“Eugenia has a passion to serve others particularly minorities and underrepresented communities,” stated the award ceremony invitation. “In recent years, her focus has been helping to advocate with and for people with disabilities providing a voice for those who have been historically targeted with bigotry, dehumanization and abuse.”

At the Association for Community Living, an independent advocacy organization for individuals with intellectual and developmental disabilities, Brady has been an integral part of addressing language and cultural barriers that prevent individuals and families from accessing its services, said Executive Director Ailsa Wonnacott.

When Wonnacott and Brady began working together about a decade ago, the organization was only serving two Latinx individuals. Within a year, 20% of the people ACL worked with identified as Latinx.

“She transformed the organization,” Wonnacott said. “Eugenia is an incredibly strong person, a formidable force, and it shows. … She is such a trusted and known person in the community. Her service in the community is so deserving of this award.”

The organization moved to Longmont from Lafayette in August 2019 because Longmont is home to the largest population of people with intellectual and developmental disabilities in Boulder County. It finished a remodeling to make the facilities accessible to its clients in December, Wonnacott said.

“Her service in the community is so deserving of this award. Little by little, Eugenia quietly walks around bringing people together and making the community safer,” Wonnacott said. “I cannot speak highly enough of her.”

This is not the first recognition Brady has received, according to Wonnacott. In 2013, the Caminando Juntos program she created won the NOVA Award for Innovation in Human Services Programs presented by the Community Foundation of Boulder County.

A Costa Rica native, Brady arrived in Boulder County in 1998 and for many years worked in education advocacy before transitioning to a career to support people with disabilities.

In the early 2000s, her third child, Benjamin, was diagnosed with autism. As a single mother living far from her family, her passion for advocating for the needs of children with developmental disabilities and their access to services was born of her own need, she said. 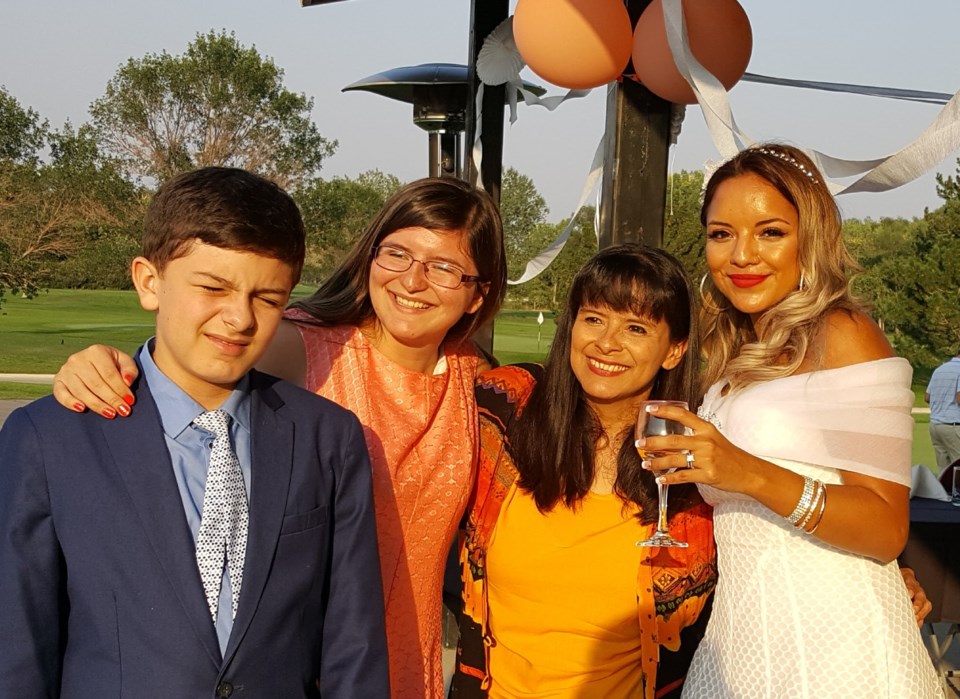 Eugenia Brady with her children, Benjamin, Brittany and Raquel. By Courtesy photo
Her desire to understand her child’s condition propelled her to become involved in any opportunities to grow her knowledge, she said.

“That is when I started to educate myself about what autism really is. I went to as many seminars, conferences, anything else I could find on the topic to learn,” she said.

One of her biggest motivators was supporting other parents struggling with similar challenges and empathizing with the experience and barriers they encountered, she said.

“I had the advantage of speaking English, that opened a lot of doors for me … I would think ‘I’ve managed to handle the situation with the support I’ve found along the way, even as a single mom, but how are other mothers doing it? How do they do it without books, internet, a computer, none of that?,’” she said. “So I started knocking on doors, I’ve never been shy to ask for help.”

Greater awareness of developmental disabilities has been an especially important area of focus among the Latinx community, Brady said. Language and cultural barriers can make it difficult for members of this community to access the information and services they need, she said.

“Before me, there wasn’t a bilingual person at ACL,” she said. But with the organization’s support she started a program in Spanish for Latino families “with many culturally responsive things to help families feel comfortable asking questions, talking and sharing an opinion,” she said, adding that also helped participants to confront their own prejudices.

Three years ago, the issue of advocacy for people with disabilities came even closer to home for Brady when one of her feet was amputated after a medical procedure went wrong.

“I’ve always believed in the potential of people with disabilities. I’ve advocated for them, and now I am a part of this community,” she said, adding her experiences have given her the empathy to understand what others may be dealing with and the strength to help those in worse circumstances.

“Awareness is not enough, we have to accept people as they are,” she said. “Open a door, give these individuals a chance, look beyond the color of the skin, the disability or whatever else it might be, a grain of salt makes a world of difference.”