Two options for size and amenities will be laid out before council.
Apr 5, 2021 4:12 PM By: Monte Whaley 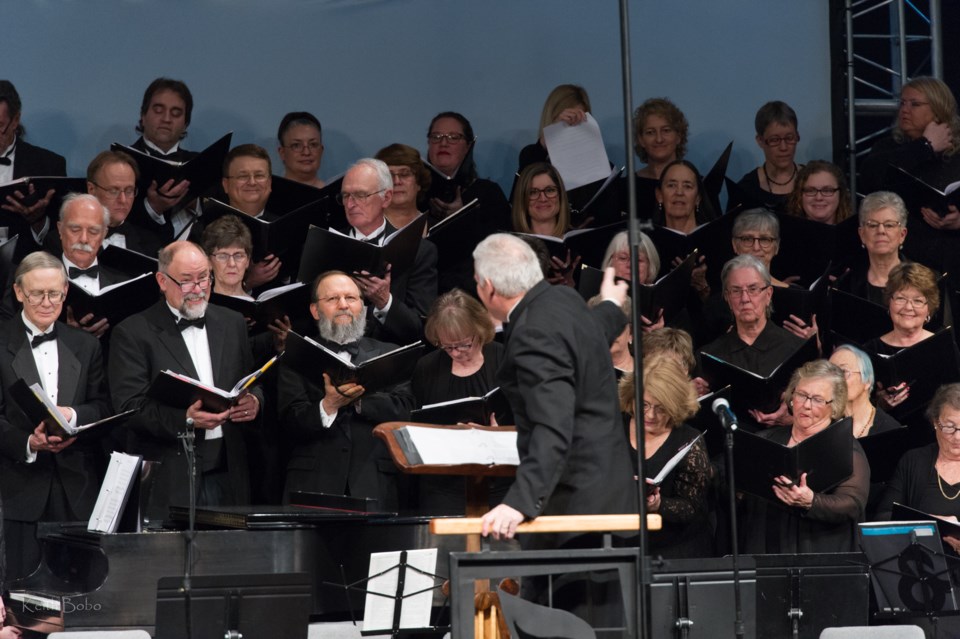 The Longmont Chorale at a past performance. (Courtesy photo / Keith Bobo)

Longmont could support a 138,000-square-foot performing arts and conference center downtown for conventions, trade shows, exhibitions and banquets at a cost of $104.4 million, according to a consulting group.

Chicago-based C.H. Johnson Consulting Inc. proposed the convention center could be built in two phases. The second phase would include a more fully built 216,000 conference center that would meet local and regional demands for performing arts and conferences at a cost of $159 million.

The consultant’s report will be presented Tuesday night to the Longmont City Council during a study session that begins at 7 p.m.

C.H. Johnson stated in its 161-page report that a Phase 1 facility is conceptualized as the “bare minimum,” or as the most cost-conscious facility that still makes sense from a market and demand perspective.

“It is intended to serve the majority of the arts-related demanded generated by the LPAI,   organizations and the local demand that exists for an event center, while also allowing for commercial and touring activity in the arts center and the attraction of regional, state and national events to the event center,” the report states.

The Phase 1 facility would include a 25,000-square-foot multipurpose hall to host a wide variety of users and event types, a 1,000-1,500-seat auditorium, eight to ten meeting rooms of varying sizes, catering kitchen and bars, “highly sophisticated” digital display, parking and transportation within walking distance.

A Phase 2 center is seen as ‘aspirational’ to accommodate future growth and demand in Longmont, the consultant’s report stated, with elements that can be included all at once or one at a time.

It includes a 500-seat recital hall, 10,000-square-foot ballroom, 10,000-square-feet for meeting rooms, additional lobby and greenrooms, a 200-room hotel and an amphitheater, the report states.

The consultants listed five sites that were considered as a site for the facility - the Boulder County Fairgrounds, former Plaza Convention Center the current location of Flatirons Community Church in the 1800 block of Industrial Circle; the Quail campus which is the site of the Longmont Museum, the old Sugar Mill site or the Building STEAM (Science, Technology, Education and Arts) location.

The STEAM site is favored because it has a variety of projects underway which will help energize the southern end of Main Street, the consultant report states. There also extensive access to Dickens Farm Nature Area and the St. Vrain Creek Greenways, the report states.

“It has also located within all three types of incentive zones that could provide funding opportunities for the capital and/or operational costs of the proposed arts and event center,” the consultants report states.