Colorful Characters from Longmont’s History: William DuBois’ vendetta leads to murder and his own death

“The story of William Dubois is a good example of how different perspectives lead to quite different histories. His friends thought that he was unjustly persecuted by local leaders.  Those leaders thought he was an outlaw and a cold-blooded murderer. In the end, we know that both Ed Kinney and William Dubois died violent deaths, and their friends mourned their passing.”
Mar 6, 2021 9:00 AM By: Deborah Cameron 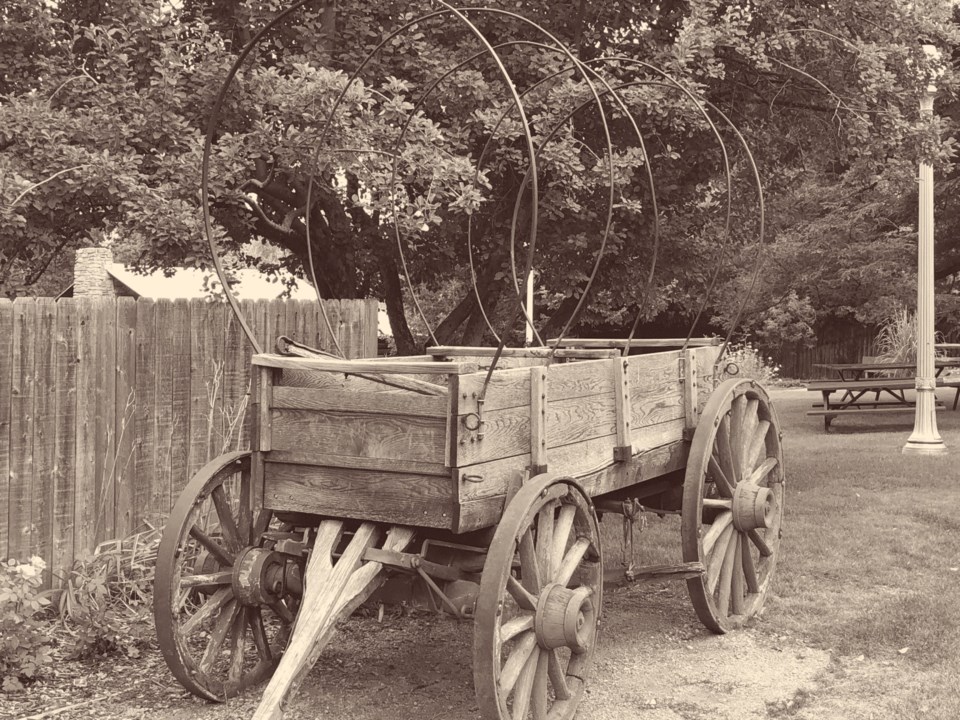 Editor's note:This year marks the 150th anniversary of Longmont’s founding. To celebrate, The Longmont Leader is working with Erik Mason, curator of research at the Longmont Museum and author of the book "Longmont: The First 150 Years," to highlight notable individuals from Longmont’s past.

The series will include wives and mothers, businesspeople, a soldier, an activist, and even an outlaw or two. Together they show the determination, strength, business skill, and sometimes a lack of principles, that made the city what it is today.

As a frontier town, Burlington (Longmont’s predecessor) wasn’t immune to the kinds of dramatic events that inspired gunslinger Westerns. Such was the case when, on Dec. 26, 1869, the mail stage was robbed while on route from Denver to Cheyenne. The incident ignited a vendetta, a killing, multiple gunfights, and a posse chase of an escaped murderer to the Boulder foothills.

The Hollywood-worthy story begins when Burlington resident William DuBois was accused of robbing the stage with some friends and was brought to Denver for trial. Ultimately, he was found not guilty, but the accusation required him to mortgage his land claim to cover defense costs.

According to a Feb. 23, 1870 Rocky Mountain News story,  DuBois remained bitter. He held several men, including Burlington’s Assistant Postmaster and prominent resident Ed Kinney, responsible. He insisted they pay him between $300 and $500 by the first of March so he could recover costs.

When Kinney didn’t pay, DuBois sought him out, ultimately finding him with another resident, John Wells, in the back of a wagon that was leading a colt. Dubois shot Kinney dead. A March 1, 1870 Boulder County News described the scene in detail:

“He met Wells and Kinney about two miles north of Burlington, whereupon he ordered Wells to stop the team (of the wagon they were riding) … turning toward the back part of the wagon where Kinney was sitting . . .drew his revolver and shot him. At this shot, the horse jerked back, pulling Kinney out onto the ground, and staggering fell face foremost. DuBois fired, we believe, five shots in all, every one of them taking effect in the body of the murdered man.”

Though Wells’ horses rode quickly away from the scene, the Rocky Mountain News reported that DuBois caught up with him and ordered Wells to return to care for Kinney, saying, “you know, John, I have been abused like a dog by you, and Ed Kinney and Ed Neuman, and Bill Dickens, and God Damn You, I’ll have all of you yet. Now go back and help that man.”

In response to the murder, a group of armed men, led by William Dickens, was sent to go after DuBois, ultimately surrounding him at his home. DuBois was determined not to be taken alive. He escaped with a wounded foot, while his horse sustained a gunshot in the shoulder.

The men followed DuBois and his ride to the foothills, with the Boulder County News noting that they used blood to track him. Ultimately, DuBois was killed by a gunshot to his hip and over his eye. The News further stated that, “his horse was pierced with bullets and left to die. The body of DuBois was placed in a wagon and given over to Burlington, where it was given over to his brother and then taken home and buried.”

The dramatic events left a lasting impression on the town of Burlington. Dorothy Large, in her book, “Old Burlington: First Town on the St. Vrain,” wrote “the town and county were badly shaken by the murder which continued to live in the memories of every man, woman, and child for years to come.” Large notes that the story was frequently retold, sometimes to DuBois’ benefit and casting Kinney and Dickens as villains.

Erik Mason, curator of history at the Longmont Museum, shared a historian’s view of the incident: “The story of William Dubois is a good example of how different perspectives lead to quite different histories. His friends thought that he was unjustly persecuted by local leaders.  Those leaders thought he was an outlaw and a cold-blooded murderer. In the end, we know that both Ed Kinney and William Dubois died violent deaths, and their friends mourned their passing.”