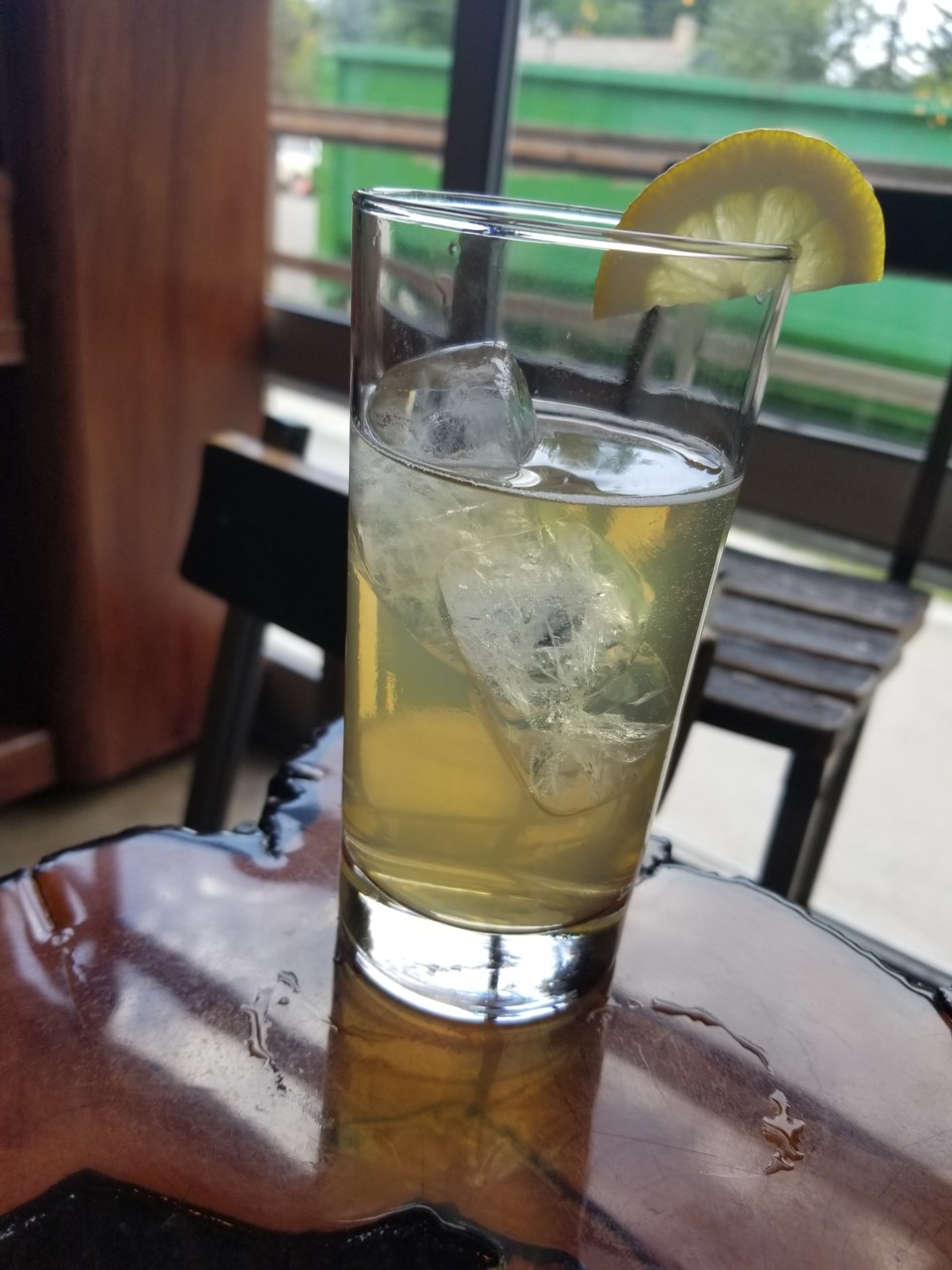 Mixed at the bar, not from the can.

This is a great mixed cocktail for the warmer weather. Watch out you cannot taste the booze so for those who do not self regulate well you are forewarned.

The lemon and ginger blend nicely at first for a delightfully refreshing start, followed hard by the carbonation and a strong gingery burn.  The strength of the ginger flavor will probably be foreign to anyone who hasn’t spent time in an (ex)colony of the British Empire, none the less it is wonderful.