Weekly events include food trucks and music at the historic home.
Aug 14, 2020 8:00 AM By: Jack Carlough 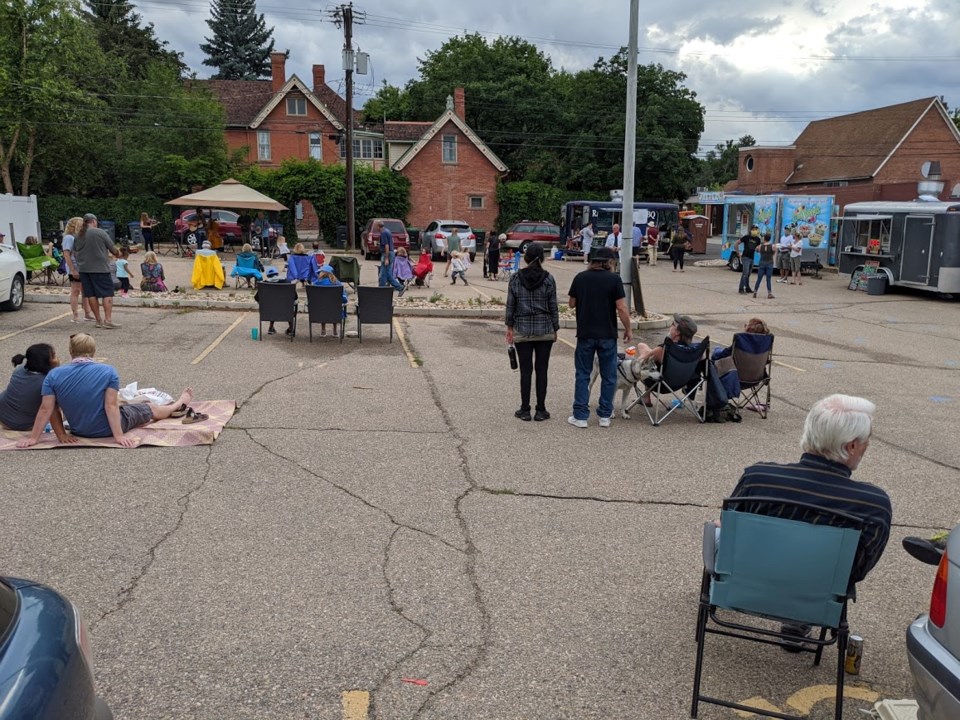 A crowd hangs out while staying socially distant during a recent Food Truck Friday at the Coffman House. (Photo courtesy of Jose Rosas)

Beginning when she bought the Coffman House in 2017, Page Pulver has been dedicated to building a sense of community in downtown Longmont. Pulver pitched the idea of Food Truck Fridays to Coffman House Assistant Manager Jose Rosas, and in late May the project became reality.

The weekly event features multiple food trucks including Shinkyu-No, It’s All Greek To Me, La Garnacha and Rat’s WoodShack BBQ. Things kick off at  5 p.m., with live music beginning around 6 p.m. Local musician Tom Pakele from the band Hotfoot serenaded the evening on Aug. 7, and this week Late For Supper will perform.

Bobbi Georgeton and her husband, Chris, created the It’s All Greek To Me truck in November before the coronavirus pandemic hit. They’ve been serving up a variety of Greek food at Food Truck Fridays and were grateful for the opportunity after a quiet spring.

“It was a huge help,” Bobbi Georgeton said. “They did a great job. They really talked with the city, they (asked) ‘What do we need to do for social distancing?’ and (they’ve been) marking paths, (and) having signage for people to wear masks. We felt safe going back to work because they did a great job. It just was a really good outdoor space to be able to gather larger groups, not too large, but bigger groups for food trucks to be able to actually have kind of a normal quote unquote event.”

Georgeton said their reception in Longmont has been great and a big help for keeping their business going strong.

The Coffman House, built in 1902 at the corner of Third Avenue and Coffman Street, offers an “alternative” living environment for a diverse group of residents. Rosas said residents of the 42 rooms have appreciated the event and the sense of community it has created. 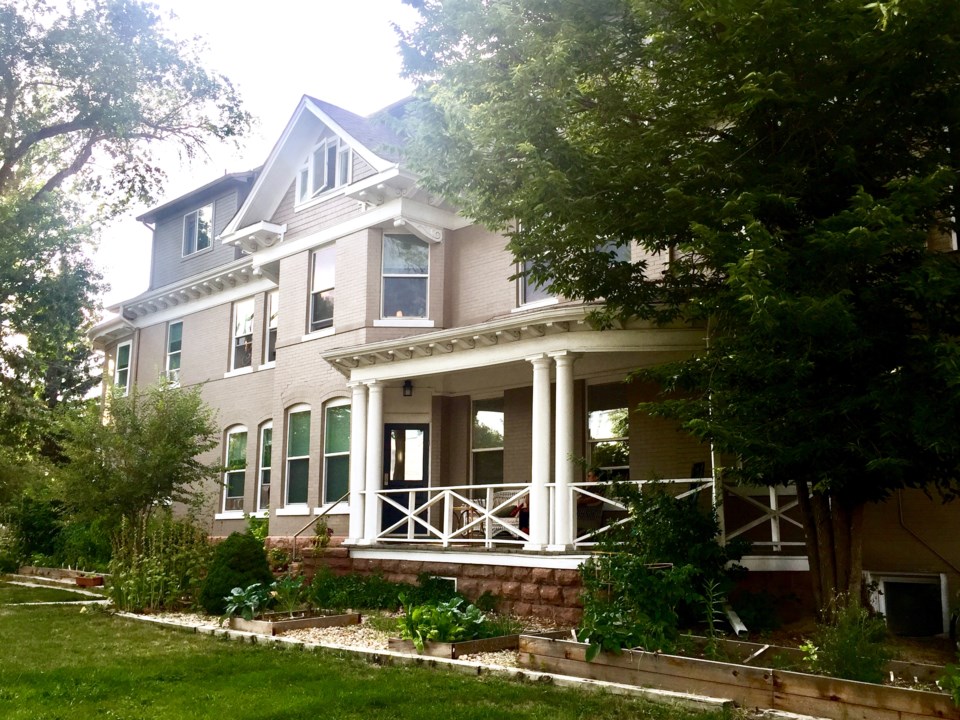 The Coffman House, which “alternative” living environment for a diverse group of residents, is hosting Food Truck Fridays through fall.(Photo courtesy of Jose Rosas)

Pulver and Rosas’ “win-win” vision is now drawing between 150 and 200 socially distanced people and is bringing joy back to the streets of Longmont.

“Musicians wanted to be out, food trucks needed venues, people needed safe things to do, (and) they're outside,” Pulver said. “A lot of people aren't seeing their friends, it seems like people who are coming to this, some of them are having tailgate parties over in the parking lot on the other side of the street, (a) public parking lot and maintaining social distance, so it's just a way that people can see each other and remain safe.”

Looking forward, Pulver and Rosas expect the event to continue throughout the fall but will evaluate on a weekly basis based on feedback.

“It's been doing really well lately,” Rosas said. “I think the community really seems to enjoy it.”