During the month of February, all babies born at Longs Peak Hospital have been receiving a knitted red hat as part of the American Heart Association’s Little Hats, Big Hearts Campaign.
Feb 27, 2019 3:00 PM By: Sophia Collender - Longmont Observer 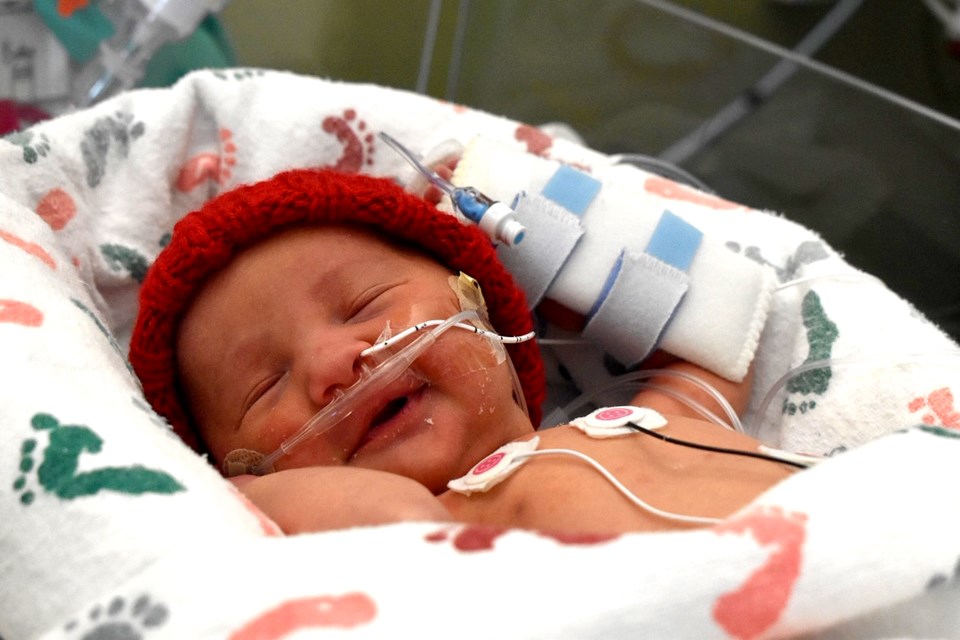 During the month of February, all babies born at Longs Peak Hospital have been receiving a knitted red hat as part of the American Heart Association’s Little Hats, Big Hearts Campaign.

February is National Heart Awareness month, which makes it a great time raise awareness for heart disease among new families.

According to Heidi Bradley, the director of women and children’s services at Longs Peak Hospital, the program has been a fun way to bring awareness to families.

Congenital heart disease describes any abnormality that is present in a child’s heart at or before birth. These usually include leaky valves, defective vessels, or holes in the heart’s tissue. Although anomalies such as these can be treated by medical professionals, increased awareness is crucial to continuing current research and furthering possible treatments.

Little Hats, Big Hearts was initially launched in Chicago in 2014 with only 300 hats to distribute. Now, in 2019, the initiative has grown to encompass more that 40 states and in 2018 the program received a total donation of 200,000 hats from their volunteers.

The response at Longs Peak Hospital has been just as positive. According to Bradley, many new families at the hospital have commented on what a neat idea this campaign is for raising awareness for such an important cause.

The hospital originally learned of the campaign through one of their marketing partners, and is thrilled to be on board.

Bradley explained: “Our organization's mission is to improve lives, and our everyday result with our moms and babies is to have a healthy mom and a healthy baby. Our programs are all about prevention and since the Heart Association is about prevention awareness as well, it just fits really well with where we are going and what we are trying to do for our patients.”

The hats are knitted and packaged by volunteers across Colorado who are organized through the Colorado chapter of the American Heart Association. These hats come in three different sizes and vary in so that every newborn in the hospital is able to stay warm following their delivery. The pop of red symbolizes the shared mission of a heart-healthy lifestyle for people of all ages, with a specific emphasis on congenital heart disease and its prevention.

This year marks the hospital’s first time participating in the campaign, and Longs Peak looks forward to doing so again in the years come!