The city considers the parcel a “priority acquisition” as it lies immediately adjacent to Clover Basin Reservoir, according to a staff report to council.
Sep 15, 2020 8:00 AM By: Monte Whaley 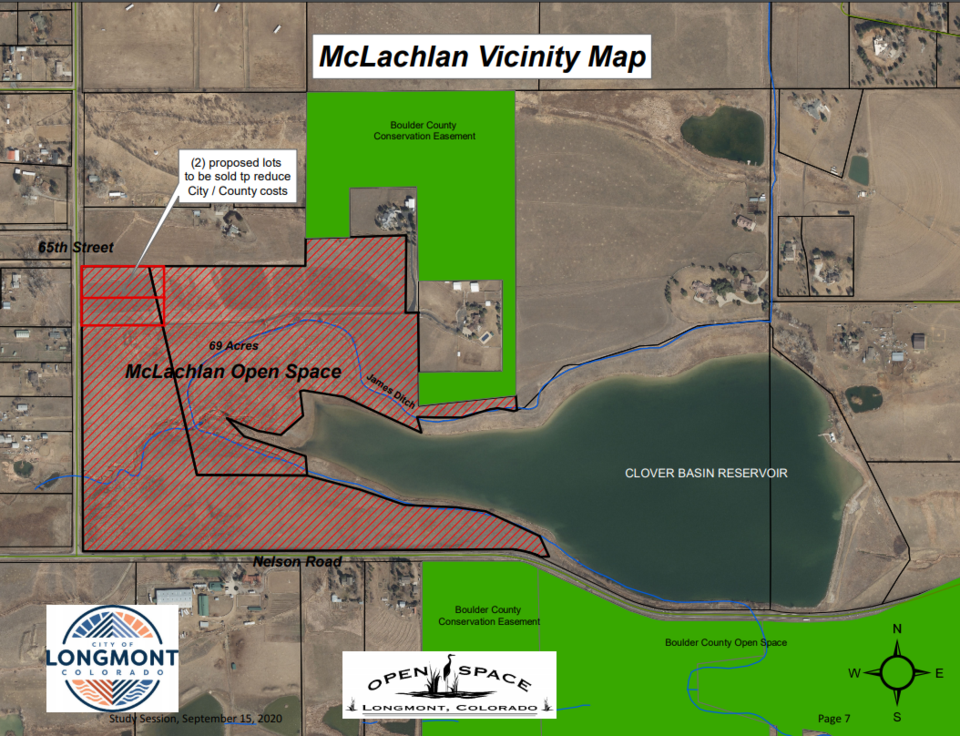 Longmont could pay half of the $2.4 million needed to purchase the 73-acre McLachlan property west of the city, which is coveted for its open space and wetlands.

Longmont City Council during its Tuesday work session will discuss a deal with Boulder County for the purchase and management of the McLachlan parcel. No permanent deal is expected to be struck at the work session but council members will give city staff members direction on whether to pursue the transaction.

The McLachlan property is just west of city limits at the southeast corner of Nelson Road and North 65th Street. The city considers the parcel a “priority acquisition” as it lies immediately adjacent to Clover Basin Reservoir, according to a staff report to council.

The property contains significant chunks of dryland agriculture and wetland features while the  James Ditch meanders through the property, according to the report.

The city has submitted annual acquisition requests to Boulder County for the property since 2014 and in early 2020 the county told Longmont the Mclachlan property was back on the market. But at the time city open’s space funds were tied up in other acquisitions, the staff report states.

Boulder County offered to take the lead on the purchase of the property, which included a proposal for the city to buy into a joint ownership if open space funds became available, according to the report.

Boulder County has paid $2.4 million to acquire the fee title of the land from Courtney and Brittany McLachlan. The county also plans to create residential lots on the northwest portion of the property, each about 2 acres in size.

The city, with council’s approval, would pay for a portion of the property with funds from Longmont’s open space sales tax.

“Even with the financial impacts of the coronavirus, this fund has the ability to cover the cost of this important Open Space Acquisition,” the staff report states.

As an open space property, a variety of “passive” activities would be allowed on the McLachlan parcel including hiking, snowshoeing, cross-country skiing, photography, picnicking, bird-watching, biking and other nature observation or study, said David Bell, Longmont’s director of parks and natural resources.

“At some point, the city may want to take over that lease, so that it is consistent with our management objectives,” Bell said in an email.

Currently, the city does not have any approved management plans for the McLachlan property. Any future recreation of development would be reviewed by the city’s Park and Recreation Advisory Board and city council, as well as the public, Bell said.

“This would allow for the Longmont community as well as neighbors of the reservoir to participate in the long-term planning,” he said.