The reopening of the library, for which no firm date had been set, has been pushed back because of structural issues discovered as carpet replacement got underway.
Feb 19, 2021 7:00 AM By: Julie Baxter 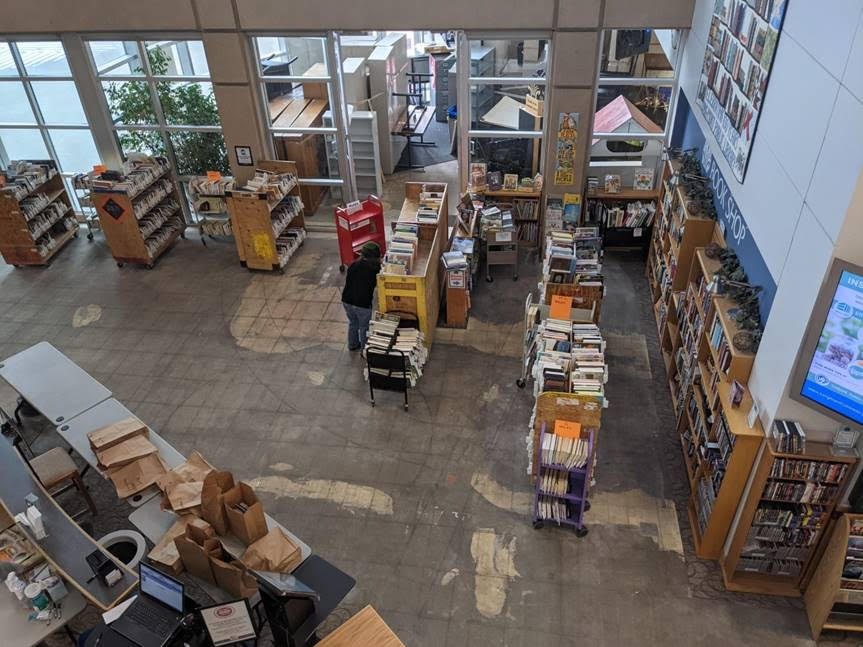 A view of the cracks found in the library lobby as viewed from the second floor. Courtesy photo

Patrons itching to get back into the Longmont Public Library will have to wait a bit longer.

The reopening of the library, for which no firm date had been set, has been pushed back because of structural issues discovered as carpet replacement got underway.

“The reopening of the Longmont Public Library has been delayed, and this time, it isn’t because of the novel coronavirus,” the library announced in a news release sent Thursday afternoon

The installation of carpet was already scheduled for this year, with plans to complete the project while the library was closed because of the COVID pandemic. When workers began removing the carpet, they discovered significant cracks across the first floor, according to the release. Some cracking was anticipated based on examinations done from the below-ground parking garage but the damage was more substantial than expected, according to the release.

“For the long-term safety of the building, these cracks must be remedied prior to new carpeting being put down,” the release states.

"The library rehabilitation construction and carpet replacement is part of the City Facilities Bond Project that voters passed a few years ago. The cracks ... were anticipated, but they were larger and more numerous than first thought," Assistant City Manager Sandi Seader said in an email sent a few days later. "We apologize for giving the impression that this was an emergency. The building is sound, we are just not reopening to the public until the planned repairs are made and the carpet is replaced."

There is no timeline for when repairs will be complete and carpet installed, nor is there a projected reopening date. The library will continue its Curbside Delivery service in the interim. 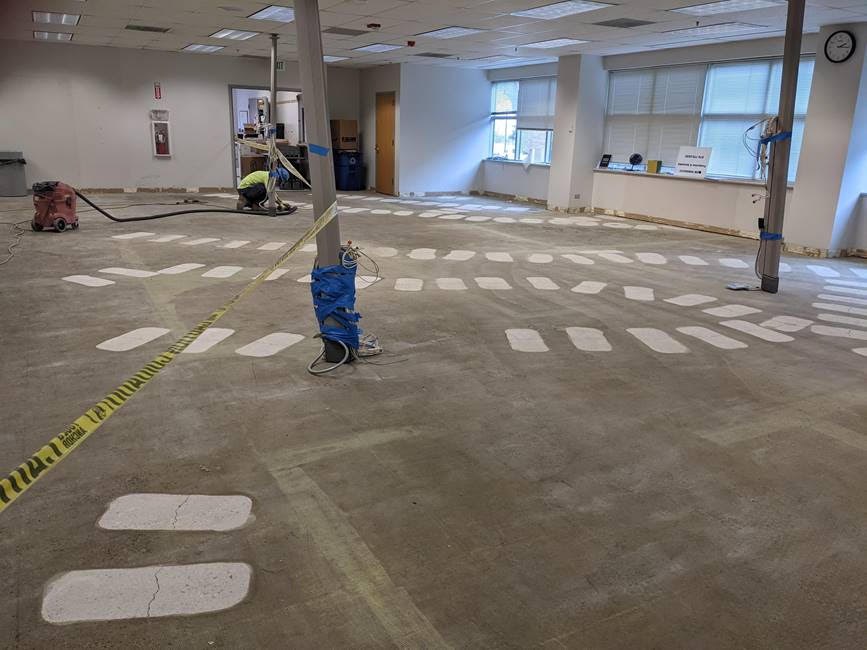 The view of the floor in the library meeting rooms. When workers began removing the carpet, they discovered significant cracks across the first floor. Courtesy photo