The Rev.  Paula Stone Williams, pastor of Left Hand Church in Longmont, spoke at the 59th Inaugural National Prayer Service alongside 29 other participants. Stone Williams, who identifies as a transgender woman, was among five speakers from the LGBTQ community. She focused her speech on gender equality.

Longmont was represented in Washington, D.C., Thursday as part of the transition to the new Biden administration.

The Rev.  Paula Stone Williams, pastor of Left Hand Church in Longmont, spoke at the 59th Inaugural National Prayer Service alongside 29 other participants. She and others were part of a diverse program that included prayers, readings, blessings and hymns from interfaith leaders and artists to “mark the beginning of a new national journey that restores the soul of America,” according to a news release.

Stone Williams, who identifies as a transgender woman, was among five speakers from the LGBTQ community. She focused her speech on gender equality.

As an evangelical pastor to transition, she said she has learned a lot about power and the harm of patriarchy, and has gained a lot of media attention through her work as a pastor, as well as her participation as a TED speaker.

“As an educated white male, I had had culture in my favor. As a transgender woman, it has been quite an eye-opening experience for me,” she said, adding she has learned “how much more different things are as female.” 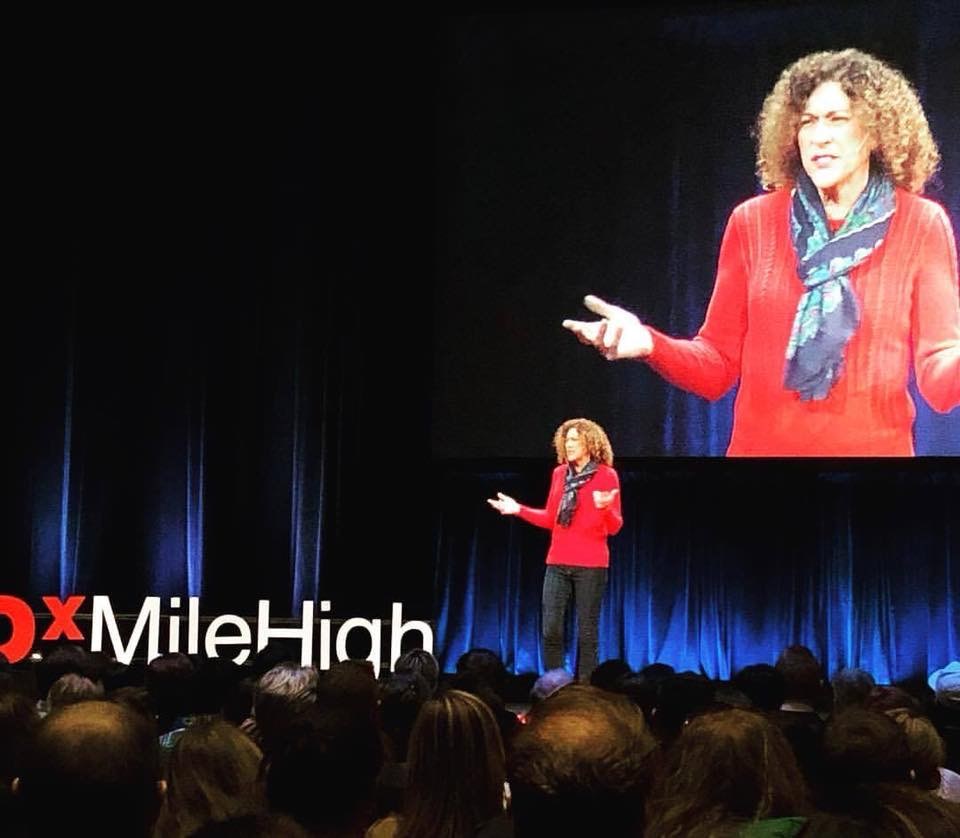 The Rev. Paula Stone Williams, of Left Hand Church in Longmont, during her TEDxMileHigh talk, "I've lived as a man and a woman. Here's what I learned," in November 2017. (Screenshot)
Having served prior to her transition as a teaching pastor at what she described as a Boulder County megachurch, Stone Williams said she personally experienced the rejection of a transgender woman by a faith community. That, she said, propelled her to become a voice and advocate for LGBTQ commuinities. “As soon as I transitioned, I was kicked out of that world,” she said.

Only 3 years old, Left Hand Church has gained steam serving people in Longmont and Boulder County, as well as an international audience, she said. With just over 100 local members and more than 1,000 international viewers joining services virtually from places such as Australia, New Zealand, the Phillipines, Brazil and Mexico, 30% of its membership identifies as queer, Stone Willliams said.

Being invited to participate in the inaugural service as a representative of post-evangelical Christians and the LGBTQ+ community speaks to President Joe Biden’s commitment to “be everyone’s president,” she stated in the news release. “The voices represent a wide swath of faith communities and strong representation by female, LGBTQ+ and minority leaders within those.”

On Wednesday, Biden’s first day in office, the president signed an executive order to enforce prohibitions on discrimination on the basis of gender identity or sexual orientation, ordering the head of each federal agency to within 100 days develop a plan to carry out actions to prohibit sex discrimination and combat overlapping forms of discrimination. Alphonso David, president of the Human Rights Campaign, called the mandate “the most substantive, wide-ranging executive order concerning sexual orientation and gender identity ever issued by a United States president.”

Stone Williams said she was shocked to see how wonderful the prayer service turned out.

“I couldn't believe they were able to put that many different people from that many religious groups in one hour of service,” she said. “That to me was a remarkable thing.”

The president’s message during the inauguration on Wednesday, as well as the speeches from the various faith leaders who participated in the prayer service, left her feeling hopeful. “I’m left with a great sense of hope for our nation, with a recognition that all forms of spirituality are ways in which we all try to figure out together how to love god, neighbor and self,” she said.

While there is still a ways to go for churches and faith communities to become more supportive of the LGBTQ population, Stone Williams said Boulder County and the Longmont community have made great strides.

“Longmont is such an expression of the breadth of our nation, not so much racially unfortunately, but certainly politically and socioeconomically, and it is becoming more cosmopolitan and accepting,” she said. “When I first transitioned, I would gravitate more toward Boulder but that's no longer true. I find that I am loved and accepted outside of that narrow evangelical world, and I’m loved and accepted in Longmont as much as anywhere else.”

She hopes the incoming Biden administration can continue setting an example for justice, acceptance and peace.

“My strongest word for the community right now would be to give peace a chance,” she said.