Ocean Babin, day one of his 400-mile challenge (Photo courtesy of Ocean Babin)

Having recently lost a dear friend to cancer, Longmont resident Ocean Babin has challenged himself to ride 400 miles in September as part of the Great Cycle Challenge.

The challenge is “a national Children’s Cancer Research Fund fundraising initiative” in which individuals set personal riding goals to raise money “to fight kids’ cancer,” according to the website. The challenge began in 2015 with riders from all 50 states pedaling a total of 18,831,310 miles, raising $24,615,507 for the cause, according to the site

Babin hopes to add to those numbers by riding 400 miles and reaching his fundraising goal of $2,500.

Harry Lozinski, longtime friend and Longmont business owner, said Babin is what he considers a giver. “For me it seems like a huge undertaking but I am very proud of him for stepping up and wanting to support cancer research. I don’t know that I could do it but I am grateful that he is doing it,” Lozinski said.

Babin grew up in an abusive home and suffers from PTSD because of those experiences. He also believes no child should experience what he did and seeks out ways to make a difference in the lives of children.

“… Because of the childhood I came from I try to help children get the best life they can get,” he said.

Lozinski said, “It points out the type of person he is. In the time that I have known him, he is very conscious of helping others, even at the expense of his own time. He’s a giver, he has a great giving spirit that wants to help.”.

As a way to cope with his emotions, Babin is always looking for ways to physically challenge himself. He began riding his bike and quickly discovered he enjoys cycling.

One day as while surfing Facebook he found a post for the Great Cycle Challenge. “It was all the algorithm but it was a perfect fit,” he said.

Over 100,000 participants are striving for the same goal — to ride miles to raise money for children with cancer.

Babin has never done something so hard but is excited to complete the challenge. He said he is changing his routine to make sure he gets up early and rides even before his morning coffee. “I’m not a morning person but I’ll do anything for the kids,” he said.

While Babin has a modest goal of raising $2,500 in his campaign he said his friends have really come through for him.

“I am grateful to have the friends I do because there are people in the challenge that haven’t raised any money at all. It made me feel extra grateful that I was able to raise that much,” he said.

At the time of this interview, Babin had raised $1,000 toward his goal.

“He is a humble spirit, humble person as well, never looking for a pat on the back for what he does; he just loves to be helpful. I’m sure he is going to make every mile of that 400 miles,” Lozinski said. 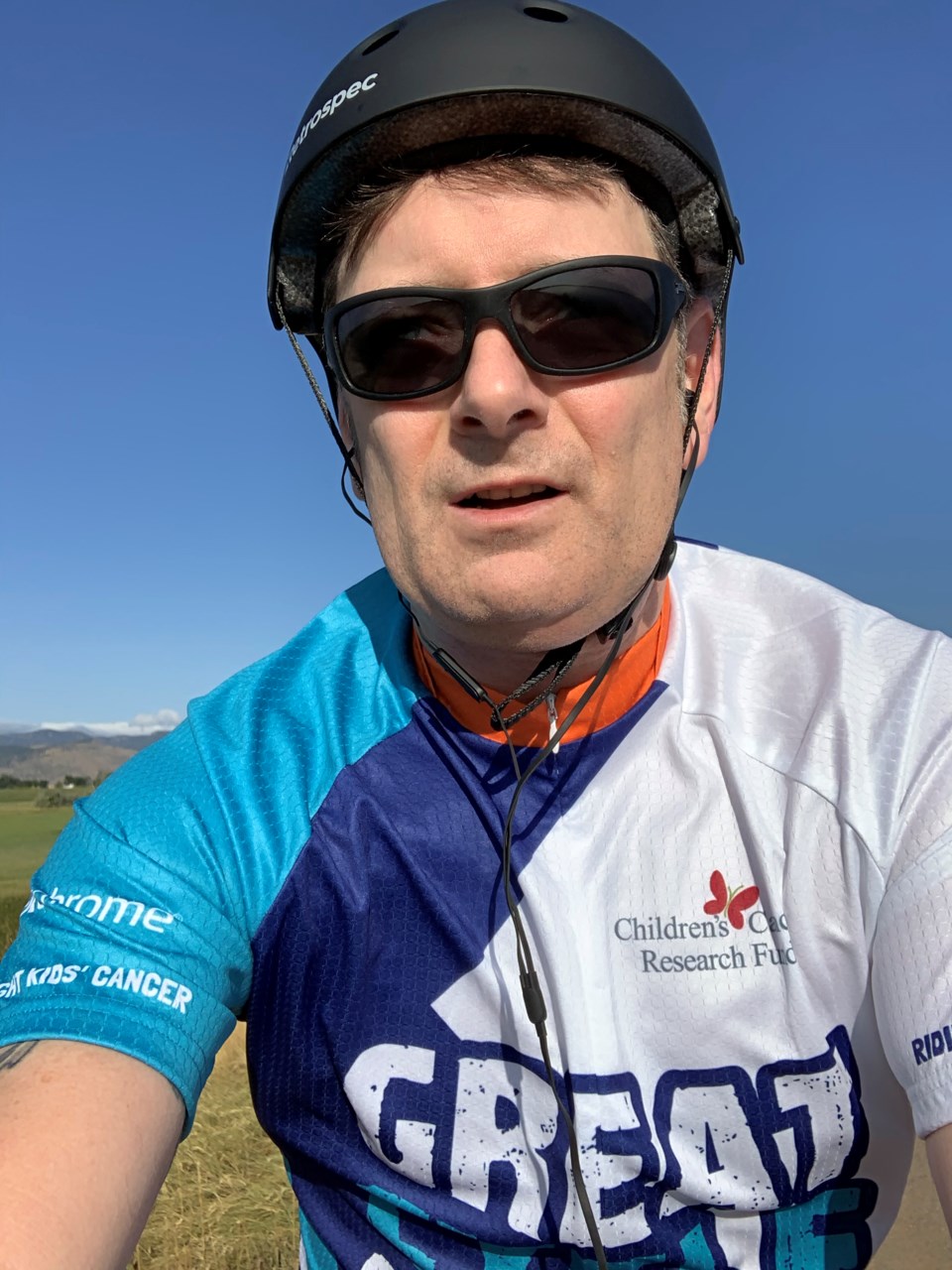 After reaching his initial $500 goal Babin was given a jersey by the Great Cycle Challenge and is excited to sport it on his daily rides. When he reaches his $2,500 goal he will get a second jersey called the Superhero Jersey. Babin said he is excited about the second jersey because it is Spiderman.

“I’m winning for the children and letting other people be a part of it, it’s a win for them and I am winning for myself by challenging myself by doing things outside of my comfort zone, ” Babin said.