Lucas, a 20 month-old Longmont resident, is always excited when it is trash day. His mother, Renee, reports that Lucas gets excited the night before when he sees the trash cans appear on the curb.
0
Nov 20, 2018 12:00 PM By: Matt Steininger - Longmont Observer 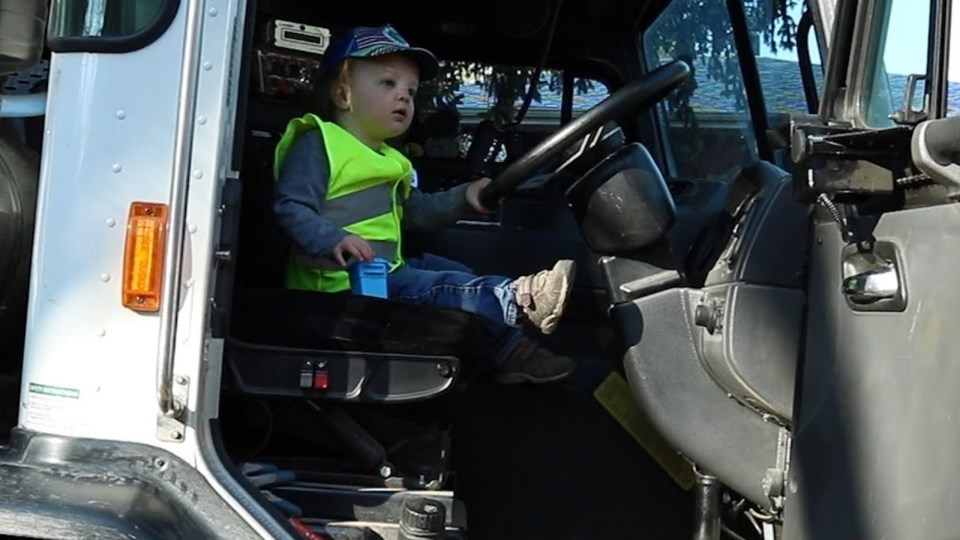 Lucas, a 20 month-old Longmont resident, is always excited when it is trash day. His mother, Renee, reports that Lucas gets excited the night before when he sees the trash cans appear on the curb. The following morning, he is up early and spends his day at the window waiting for the trash truck.

Dean, the trash truck driver, waves at Lucus with the trash truck's mechanical arm each week and Lucas waves back using the same pinching wave the truck arm uses.

One of Lucas' first words was trash. Since he was just over a year old, Lucas has been fascinated with the different types of waste. He can now tell the difference between compost, recycling, and trash.

Even in play, Lucas enjoys his toy trash truck and his-size trash cans the most. His parents say that he has several Lucas-sized and mini-trash cans that are always close at hand.

On the day this video was shot, Charles Kamenides, City of Longmont waste services manager, presented Lucas with a city-issued compost bin filled with goodies. Those goodies included a hat, a water bottle and coloring books.

Dean was excited to get to meet Lucas in person and allowed the small boy to climb in the truck and push all the buttons. After Lucas had had enough of playing in the real truck his attention went to his toy truck, giving Lucas an opportunity to show Dean how the toy truck operated.

For Halloween, Lucas' mother designed him a costume to replicate the City of Longmont's uniforms along with his own trash can, that also resembles trash cans provided by the city. While attending a Longmont Library event, a librarian notice Lucas' costume and took a photo. The photo was sent to Waste Services.

The folks in the waste services department were so in awe of Lucas' costume and the detail his mom added to it that they thought it would be a great idea to arrange a special treat for their little fan.

"We were taken aback by the cuteness and level of detail in Lucas' costume and the appreciation this family showed in an area of service that is often taken for granted. We wanted to surprise Lucas with a hands-on experience while also giving the driver a chance to stop and get to know one of his customers. It is often a thankless job and the one-on-one feedback for the driver is priceless," says Holly Milne, public information specialist for the City of Longmont.

The event drew out the neighbors and their little ones and turned into a learning experience for several children in the neighborhood and an opportunity for Longmont's Waste Services a unique opportunity to connect with a part of the Longmont community.

TRENDS Diary: Motivating each other to move
Jun 1, 2020 10:00 AM
Comments
We welcome your feedback and encourage you to share your thoughts. We ask that you be respectful of others and their points of view, refrain from personal attacks and stay on topic. To learn about our commenting policies and how we moderate, please read our Community Guidelines.