'No matter how big or how small you are, you can make a difference' 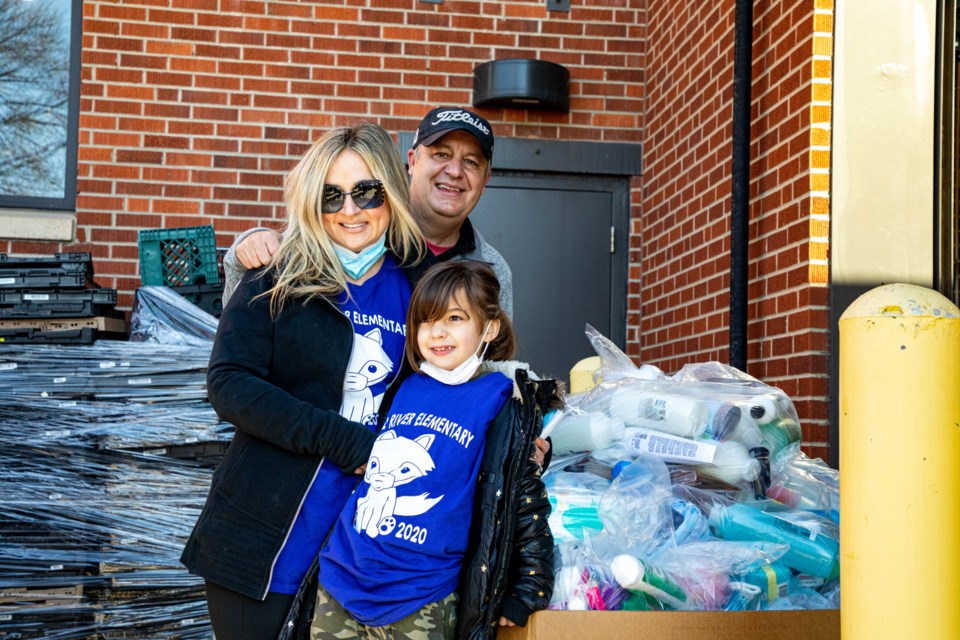 Harper McCarty and mom, Sarah, and dad, David, take a moment to pose for pics on Friday when delivering more than 2,500 hygiene items collected during Harper's donation drive for the OUR Center. Matt Maenpaa / For the Leader

Wealth, fame and power aren’t needed to do good in the community. Neither is adulthood. Just ask Harper McCarty.

“Here’s what I like to say around the house: No matter how big or how small you are, you can make a difference,” she said.

Harper, by the way, is 7 and is the driving force behind a donation drive that resulted in more than 2,500 toiletry and personal hygiene items being delivered Friday to the OUR Center.

“My very first reaction when I heard what Harper had accomplished with her toiletry drive was simply ‘WOW!,’” Marc Cowell, OUR Center executive director, said in an email earlier this week.

The drive started with an assignment in Missy Wills’ second grade class at Fall River Elementary. Wills had students write New Year’s resolutions and No. 1 on Harper’s list was helping people, her mom Sarah McCarty said.

Harper said she drew inspiration from a unit in Wills’ class in which students read biographies and “getting into history … I found a bunch of people I really liked.” Chief among them, Mother Teresa, the famed, and now sainted, nun who devoted her life to helping the residents of the slums of Calcutta, India.

Knowing she couldn’t emulate Mother Teresa’s path of living among those she was serving, Harper said she at least knew she could “give stuff to them.”

Harper said she originally planned to collect and donate personal protective equipment but at the urging of her mom, they reached out to the OUR Center to find out the nonprofit’s greatest needs.

Her drive started small with family, friends and neighbors, and Harper expected to fill a basket or box with donations. It ballooned into the truckload of toothpaste and toothbrushes, razors, shampoo, baby wipes and more after Fall River students and staff got involved.

“Everybody started helping, it was really great,” Harper said.

Wills, who has taught at the school since it opened in 2001, said the schoolwide support for Harper’s drive is no surprise to her.

“If there is an opportunity to give, this community rallies,” Wills said. 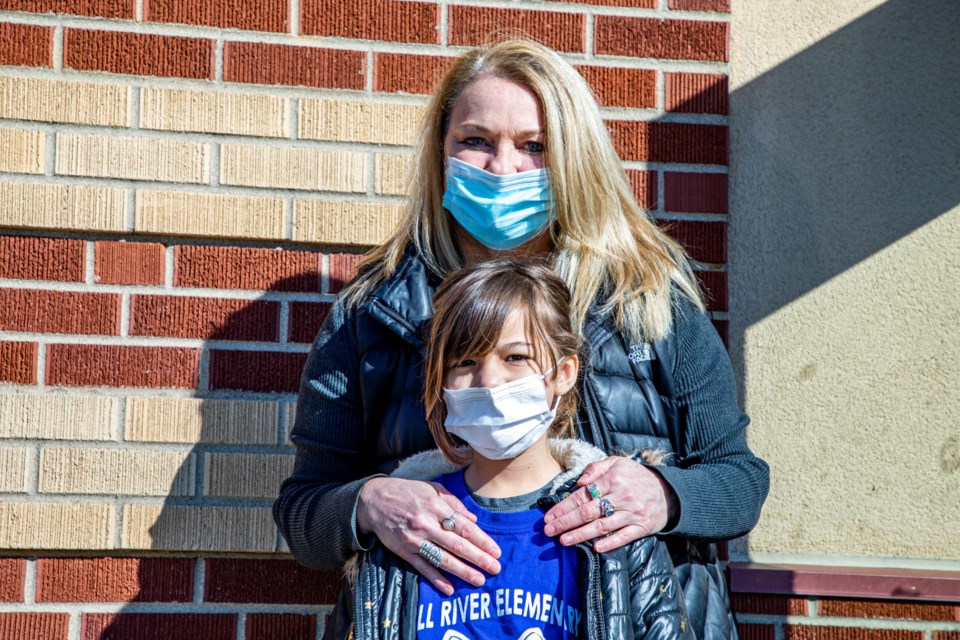 Harper McCarty and her Fall River Elementary School teacher Missy Wills at the OUR Center on Friday when the more than 2,500 hygiene items collected during Harper's donation drive were delivered. By Matt Maenpaa / For the Leader
Harper shared her message schoolwide via the daily announcements presented by fifth graders, and even spoke to first graders about her drive, explaining that used items wouldn’t do by using a cookie analogy and asking them if they’d like a cookie from which someone had already taken a bite.

Her drive turned into a contest, with the winning class scoring a pizza party for its grade level.

It seems cheese and pepperoni can be pretty inspiring — Harper dropped off 2,574 items on Friday; the second graders won the party with pies.

History and pizza aside, Harper said her true inspiration was helping people and she extended big thanks to her parents, grandparents, neighbors, schoolmates and school staff for making her drive such a success.

And that is inspiring to Cowell.

“Harper is truly an inspiration and a wonderful role model. She is proof that all you need to have a positive and significant impact in someone’s life or in the community is a good heart and compassion for others,” he said in his email.

Wills, whose lessons Harper and her mom credit for sparking the idea for the drive, said the inspiration is a two-way street.

“Teachers are inspired by kids every day. It really is sort of a symbiotic relationship between Harper and I,” Wills said, adding that as she teaches during the pandemic, history (in which she has a degree) is always on her mind. “The time we are living in is a great opportunity to teach kids about empathy and giving back. What can we do even as a 7-year-old to make a difference in our world; what can we aspire to do as we grow into adults? Many of our lessons are based around those kinds of conversations.”

Harper’s donation drive is a shining example of how classroom lessons apply to the real world, Wills said.

Sarah McCarty said she learned a lot from her daughter’s donation drive, too.

“It’s funny because I’ve never done anything like this. I wouldn’t have dreamed of it as a kid,” she said, adding that Harper’s observation of “It’s actually really easy to help a lot of people isn’t it Mom?” was spot-on.

“She’s 100% right. The big thing she wants people to know is this isn’t hard to do. I didn’t even realize it was this easy.”

Cowell echoed that sentiment, adding “there is no such thing as a gift (time, financially or in-kind) that is too small or too big. What matters the most is that your gift is meaningful to you and for each of us that is different and in the end all meaningful gifts are part of the same collective and positive impact.”

Such an impact is particularly important to the OUR Center right now.

“We continue to see a very high need for services. Despite the government stimulus packages and the rollout of the vaccine, we have not seen any drop in the community’s need for food and financial assistance,” Cowell said. “We expect the need for assistance to remain very high through most of this year and for many households that have been devastated by the pandemic, they may not be able to completely recover until 2022 or well beyond.  At this time we continue to focus our efforts on raising funds that will assist families who have been severely impacted by the pandemic to pay their rent and/or utility bills as well as nonperishable food, hygiene and toiletry items.”

Community members who would like to make their own impact can organize food or hygiene drives, volunteer at the OUR Center or support its ongoing Empty Bowls project, which lasts through early April, he said.

Harper meanwhile is already thinking about what she’ll do next to help others.

“After this donation, I want to help Children’s Hospital,” she said.

Want to help the OUR Center?

For more information on how to donate or volunteer at the OUR Center, click here. Learn more about its Empty Bowls project here.