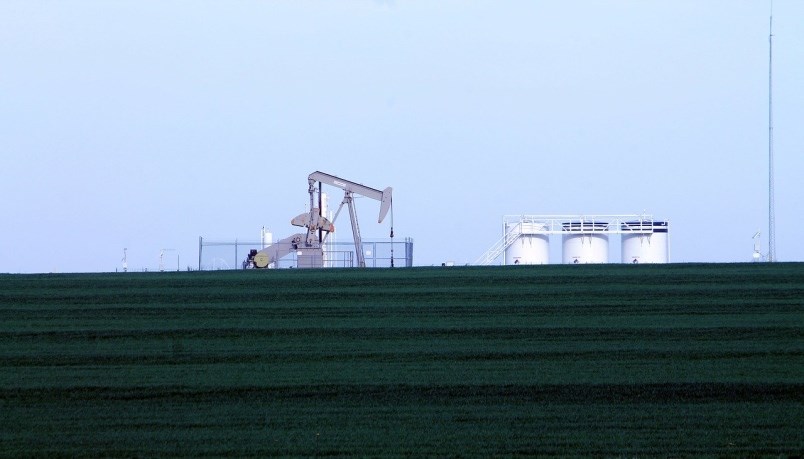 The state’s leading advocacy group for the oil and gas industry this week blasted the conclusions of a former University of Colorado Boulder research scientist who said unhealthy spikes in toxic gases near Union Reservoir are linked to oil and gas activity in the area.

The findings from controversial research scientist Detlev Helmig are driven by his distaste of the oil and gas industry, said Dan Haley, president of CEO of the Colorado Oil and Gas Association.

“Dr. Helmig continues to present his agenda-driven research and draws misleading conclusions about emissions and oil and natural gas activity throughout the Front Range,” Haley said this week.

Helmig could not be reached for comment. Helmig has been targeted in the past by the oil and gas industry for saying production emissions exceed safe levels of toxic gases.

Helmig and his company Boulder Atmosphere Innovation Research LLC, or Boulder AIR, was hired last year under a $560,905 contract to conduct an air quality study near Union Reservoir and Vance Brand Municipal Airport. Boulder AIR began collecting data at Vance Brand in September 2019 and data collection started at Union in December 2019, according to the city.

The renewal of his contract is planned to be brought before city council for consideration on Aug. 25, city officials said.

Helmig on Tuesday told council that there was a “high abundance” of elevated benzene emissions during February and March at Union Reservoir, which is a major source of irrigation water as well as a popular spot for swimming and boating.

Benzene is a natural part of crude oil and gasoline and has been known to cause cancer, according to the American Cancer Society.

The Environmental Protection Agency says a safe level for benzene, a carcinogen, should not exceed 9 parts per billion over a 24 hour period, Helmig said. The World Health Organization says there is no safe limit for benzene.

But Helmig said many measurements at Union showed benzene levels between 1 and 10 ppb.

The levels are “much higher than at all other comparison sites,” according to Helmig’s report to city council. The elevated levels also were helped by northwest to easterly winds, he said.

Levels dropped steeply in April, May and June, the report said.

Methane levels shot up well past normal levels in February and March and then dropped in March and April as COVID-19 restrictions kicked in and oil and gas production was curtailed, Helmig said.

“On April 20, oil prices took a nosedive,” as did methane levels, Helmig said.

In his written presentation to council, Helmig said the “correlation of benzene and methane indicates oil and gas source.”

Haley said Helmig, who has been targeted by the oil and gas industry in the past, has ignored studies that show oil and gas emissions are no more harmful than those coming from the family lawnmower.

The Colorado Department of Public Health and Environment have spent thousands of hours collecting data from its mobile lab, which has taken numerous measurements in communities near oil and gas operations in Colorado, Haley said.

“Those measurements have never found oil and gas related compounds with levels that would cause health effects,” Haley said.

The study found there is a possibility of negative health impacts at distances from 300 feet out to 2,000 feet. The modeling study did not measure the actual concentrations people are exposed to in areas surrounding well pads or the health impacts people have reported.

City council took Helmig’s report with no comment. A contract change order was approved in April, which extended the initial contract term with Boulder AIR to Aug. 31. “The extension was made to account for delays and unforeseen complications encountered during the installation of air quality monitoring infrastructure,” according to a city report.

The report also said staff members have “requested significant sources “ in the 2021 budget for oil and gas environmental monitoring, including an estimated $350,000 for continued air quality monitoring at the reservoir and the airport.

City staff members and council did not mention the controversy surrounding Helmig, a former associate researcher at CU Boulder’s Institute of Arctic and Alpine Research. Helmig was fired by CU this spring for allegedly mixing public funding for his work at CU with his own company.

A subsequent audit by CU said Helmig, in diverting business to his company, had cost the university more than $700,000. But published reports said the audit contained numerous errors, including that a contract for air monitoring between CU Boulder and the city of Longmont was switched to Helmig’s company.

The city of Longmont told CU after the audit that the contract would be through Boulder AIR, according to published reports.

Deputy City Manager Dale Rademacher said via email that Longmont is only concerned about the monitoring of air quality in the city.

Correction: Helmig's name was misspelled in one instance and has been corrected.

Drone to take to skies over Union Reservoir Wednesday afternoon
Oct 20, 2020 4:30 PM
Comments
We welcome your feedback and encourage you to share your thoughts. We ask that you be respectful of others and their points of view, refrain from personal attacks and stay on topic. To learn about our commenting policies and how we moderate, please read our Community Guidelines.