On the morning of December 6th, City Clerk Dawn Quintana, whose office processes open records requests, sent an email to a number of interested parties to detail the process that would be used to respond to Cheyney's request.
Dec 9, 2019 3:00 PM By: Shakeel Dalal - Longmont Observer 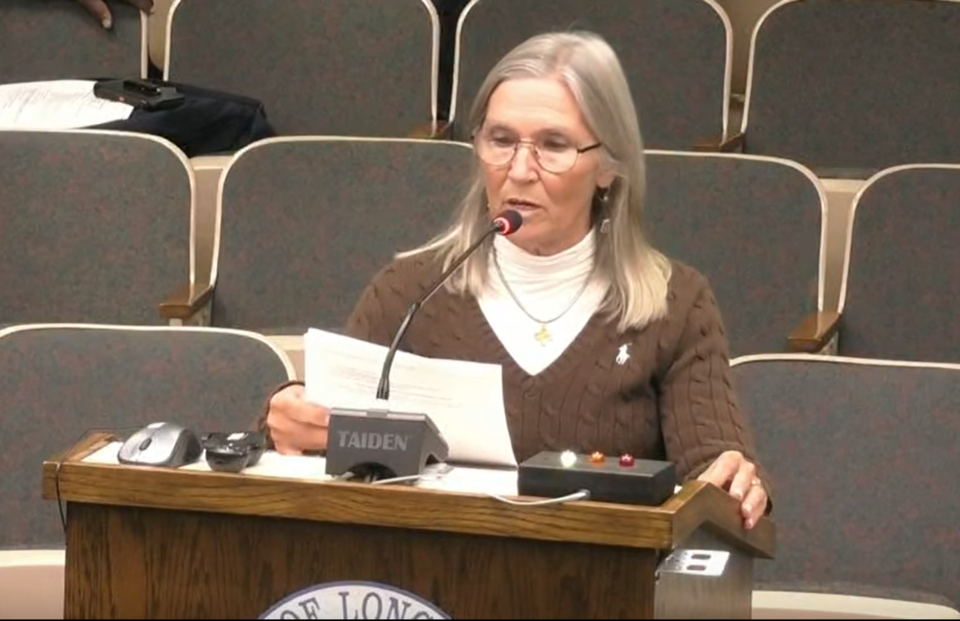 In written correspondence, Longmont City Clerk Dawn Quintana said there would be no independent inspection of the private email accounts of City Council Members Joan Peck and Polly Christensen.

This is in response to a Colorado Open Records Act request filed by Longmont resident Regina Cheyney. Cheyney announced she would be filing the request at the November 19th Longmont City Council meeting.

Cheyney filed the request after it first became public knowledge that Peck and Christensen had allegedly intimidated a Longmont nonprofit using personal communication means, while possibly acting in their official capacity. In Cheyney's request, she asked for "All personal emails of Councilwoman Joan Peck and Councilwoman Polly Christensen related to City of Longmont business."

At the December 3rd Longmont City Council meeting, Cheyney returned to inform the Council that, as required by City of Longmont and Colorado law, City Clerk Dawn Quintana had performed a search of city servers and estimated that responding to Cheyney's request would cost $1,350.

A debate followed between council members regarding the appropriateness of the City covering the cost. Councilmember Tim Waters opened the debate by agreeing with Cheyney, but after a point made by Councilmember Aren Rodriguez, Waters suggested that it would be appropriate to cover the cost if the scope of Cheyney's request was limited to the scandal at hand. A vote of the Council was 3-4, with Councilmembers Peck, Christensen, Rodriguez and Susie Hidalgo-Fahring voting against the council covering the cost of the request. Before the vote, Mayor Brian Bagley suggested that Peck and Christensen should recuse themselves from the vote, which they refused to do.

After the failure of the vote, Bagley took the unusual step of writing a personal check for $1,350 and covered the cost of the request himself. Bagley said he did it because, "given how hard Joan and Polly fought to keep the private emails out of the public light, I felt that someone should pay the fee so we can all see what there is to see. Public business must be done in public. If we begin to tolerate extortion and illegalities here in Longmont, we are no better than our national leaders. If council will not hold ourselves accountable, then who will?"

In response to an inquiry, the Boulder County District Attorney's Office said that it had not yet "[determined] whether a criminal investigation is necessary," and so it is not yet known whether Bagley's implication that Peck and Christensen's behavior was criminal is supported.

On the morning of December 6th, City Clerk Dawn Quintana, whose office processes open records requests, sent an email to a number of interested parties to detail the process that would be used to respond to Cheyney's request. In the message, Quintana cited Colorado law saying that she was required to respond with records "made, maintained or kept" by the City. She cited one email address each for Peck and Christensen which was used to search City email servers to generate the estimate she provided to Cheyney for the cost of fulfilling the request.

Quintana also specified that she asked Peck and Christensen to voluntarily provide any emails from their personal accounts that were responsive to the search. Quintana noted a numerical discrepancy between the number returned by her search of City servers (85 for Peck and 1509 for Christensen) and the number self-reported by Peck and Christensen (0 and 6, respectively). The numbers returned from Quintana's search of City servers would also fail to include any messages sent by Peck and Christensen from their personal email accounts in which they were acting as members of City Council but were not forwarded to the City (including, for example, the email which initiated the search).

When asked if the City Clerk's Office or an independent third party would be conducting a search of Peck and Christensen's private email accounts, Quintana replied, "The information provided in my email of 8:46 a.m. describes the process we are following."

When asked, Cheyney indicated that she did expect an independent search of Christensen and Peck's private email accounts to take place in response to her CORA request. "Since the allegations stemmed from an email from Christensen’s personal email account, my CORA request was to see if this email was one of a kind, or if there are others."

Asked if he had concerns about Quintana's process, Waters said, "Well, only if they're not willing to provide all of their private email accounts." Pressed to respond Waters continued, "If they fail, in my opinion, if they fail to provide their private email accounts for [Quintana's] inspection, they're failing to meet their obligation to the community...I think it's an ethical obligation. I don't know if it's a legal one. There's no one to police that. No one can tell them that they have to unless [there is] a warrant. It's my understanding unless there's a warrant or subpoena, it's voluntary. And the only people who can make that call, publicly, are other elected officials."

In slight contradiction to Waters is City Public Information Officer Rigo Leal, who was interviewed by the Times-Call in 2017 when Peck was embroiled in a different scandal regarding the use of her personal email account while acting as a City Council Member. At that time, Leal cited orientation materials provided to newly elected City Council Members. "Using your personal e-mail account for City business and constituent correspondence may make information on your personal computer subject to an Open Records request search.”