Review: 'The Rocky Horror Show' at the Longmont Theatre

The Longmont Theater's exuberant production of The Rocky Horror Show will make you want to run out and get some fishnet stockings and platform shoes so you can properly dance the "Time Warp" again.
0
Oct 13, 2017 4:00 PM By: Sergio R. Angeles - Longmont Observer 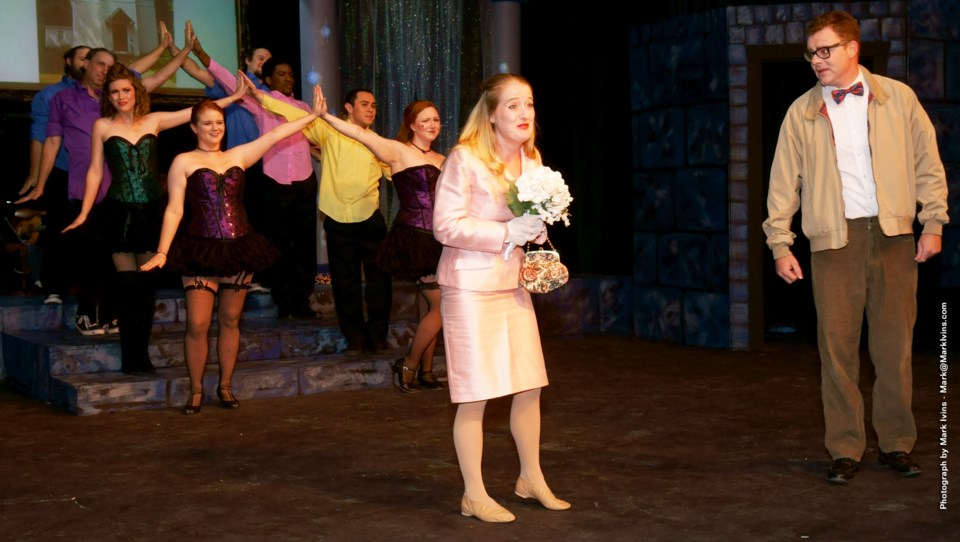 The Longmont Theater's exuberant production of The Rocky Horror Show will make you want to run out and get some fishnet stockings and platform shoes so you can properly dance the "Time Warp" again.

For the veterans of the movie or the musical, you'll feel right at home. For those "virgins", well you're in for a fun and wild night filled with memorable songs and plenty of prop-bag usages.

Directed by Jim Kimbrough, who also directed the production in 2014, The Rocky Horror Show immediately grabs your attention before the show even starts as cast members walk through the aisles and begin interacting with you. And before you know it, you'll be singing "Damn it, Janet".

If you are new to The Rocky Horror Show, here’s a brief summary of the plot: Looking for no more than to make a telephone call, a young innocent couple, Brad and Jannet, become sucked into Frank-N-Furters' world, who wants to create a Frankenstein-like monster. To say any more would spoil the hilarity that ensues, but let’s just say that by the end, Brad and Janet are no longer as innocent as they started.

Reprising their roles from the 2014 production are Bonnie Sims as Janet, Taylor Sims as Brad, Jef Forsberg as Frank-N-Furter, and Arnie Follendorf as Riff Raff.

Both Bonnie and Taylor are perfect for the roles as they have great chemistry on stage and strong vocals throughout. Jef, who plays Frank-N-Furter, radiates with a sensual and sexually fluid persona that holds true to Tim Curry's original character. He dominates the stage the minute he is introduced to the audience and delivers a fierceness that is incredible to watch. And Arnie, well, he is just stellar as Riff Raff.

Newcomers to the production also do a phenomenal job of singing, immersing themselves into their characters, and interacting with the audience.

All of your favorite music is back, along with a live band that sounds remarkable. "The Time Warp" is done really well and "Touch-A Touch-A Touch Me" is just incredibly fun to watch.

If you are a fan of the original movie or have seen The Rocky Horror Show in the past, you’ll thoroughly enjoy the production that the Longmont Theatre has put on. It's fun, memorable, exciting, and enjoyable to watch.

But just before you think it’s all over, The Rocky Horror Show has one last piece of audience participation: dancing to the ‘Time Warp’ with the entire cast. And as you dance along with your fellow audience members, you may realize that you’ll want to experience the production again. Well, maybe a couple more times.

Note: The Rocky Horror Show is rated R for language and adult situations.