The city of Longmont is working to turn to more natural ways of keeping parks and greenways healthy and beautiful.
Deborah B.G. Kelly Sep 28, 2020 12:00 PM

Creating competition to help grow healthy lawns, parks, and open space might seem surprising, but that's exactly how the city of Longmont plans to transition to organic land management.

In a collaborative effort with Natural Grocers (Vitamin Cottage), People and Pollinators Action Network, or PPAN, and Beyond Pesticides, the city of Longmont is changing its land management efforts to reduce or eliminate the use of pesticides in city-owned land.

"We partner with Natural Grocers to keep things local. We also have help from Frontier Fertilizer in Johnstown, guiding us in the selection of organic fertilizers," said David Bell, director of Parks and Natural Resources. "Moving toward organic allows us to have healthier soil, using techniques like healthier aeration and overseeding." 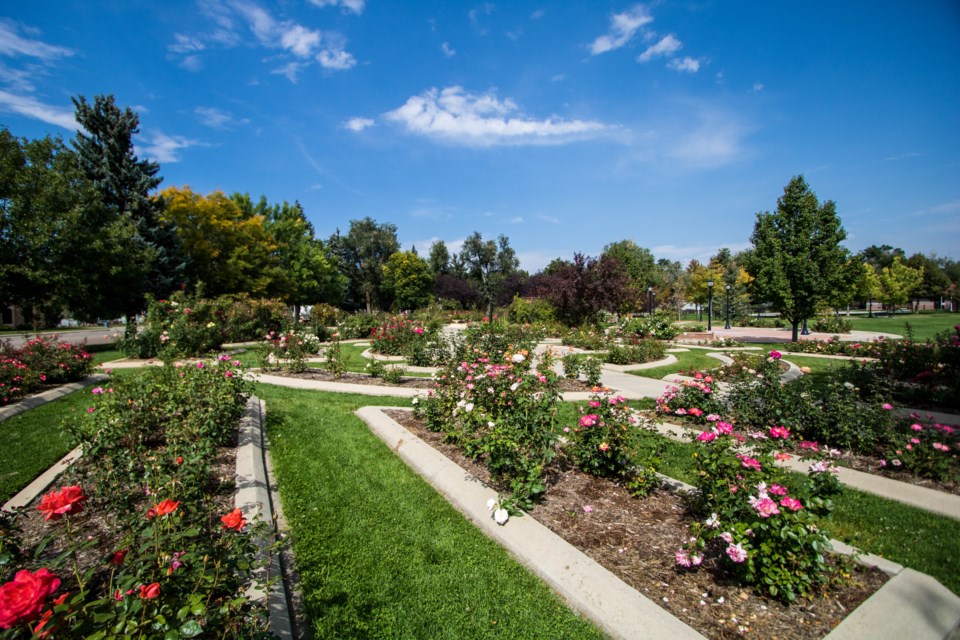 "Starting at Roosevelt Park was an easy decision for all of us. It's near our Longmont store and is high profile," said Alan Lewis, vice president of Advocacy & Governmental Affairs at Natural Grocers. "The challenge will be that the park was so beautiful before it switched to organic management."

But, success at Roosevelt Park's rose garden, he hopes, will lead to greater community understanding of the benefits of switching away from pesticides.

"Now, what we're going to show is that we can remove all those toxic pesticides and have an even better park that takes less water, and zero toxic pesticides. So this is going to be fun for everybody to realize that the old method, the chemical-intensive method, was never required from the beginning," Lewis said.

Jay Feldman, executive director for Beyond Pesticides, aims to create education around organic soil management throughout the country. He said that creating competition in managing a landscape means creating a balanced ecosystem that ensures healthy plants thrive with deep roots and compete to keep the weeds out.

Beyond Pesticides is a nonprofit based in Washington, DC., whose mission is "protecting public health and the environment by providing hands-on services to the public and supports local action by identifying and interpreting hazards and designing safe pest management programs," according to the website.

The partnership between Natural Grocers and Beyond Pesticides isn't a new one.

“We've had an opportunity over the years to develop a relationship with Natural Grocers around protecting and enhancing organic standards nationwide," Feldman said. “became aware of our work around parks and playing fields, and efforts to move our communities to more ecologically sound land management practices...And I think they saw an opportunity to engage their customers in it given that their customers self-select for supporting ecological land management by virtue of being organic consumers."

Bell said the city is looking to expand the program to all city parks but has settled on the Roosevelt Park rose garden as the pilot site.

"We're viewing this as a pilot demonstration site," Feldman said, "our hope is that through the experience of managing this site, the city would broaden these practices throughout its park system and public lands management." 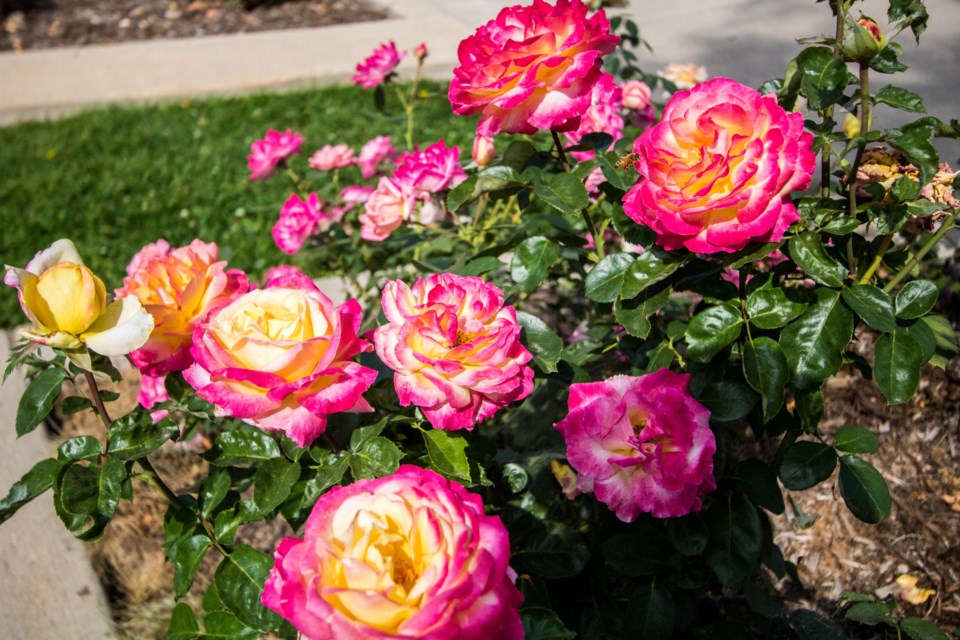 Karen Staley, a Longmont resident who moved from Kansas City, volunteers at the Roosevelt Park rose garden. She is excited to see the city taking action to protect its community members. "When I was rolling on the safe fertilizer, it smelled so good. Good, rich, organic. I'm so happy to see it working this way.I see this garden becoming a jewel in Longmont's crown."

Sue Anderson, board member and a founder of PPAN, said she hopes to educate the Longmont community about the harmful effects on the environment, plant, insect, bird and human health. PPAN approached Longmont City Council asking for it to reduce or eliminate the use of pesticides on city-owned property and for the city to educate residents about the problems of using pesticides, Anderson said. City council passed a resolution to do both in 2017. In choosing Roosevelt Park, Anderson said she is optimistic people and businesses will think If the city can do it, 'we can do it.' "They might also talk to their neighbors about protecting biodiversity," Anderson said.

The steps taken by Longmont toward more eco-friendly lawn care can “help people to make a paradigm shift for how they see their own lawns-clovers are not weeds, they're actually beneficial. A manicured lawn is a food desert for biodiversity. It can still be a pretty yard. We can help people see their land differently," Anderson said.