Fire restrictions are in place in unincorporated western Boulder County, including mountain areas, and no fireworks of any kind are allowed.
Jun 28, 2020 4:00 PM By: Longmont Leader Staff 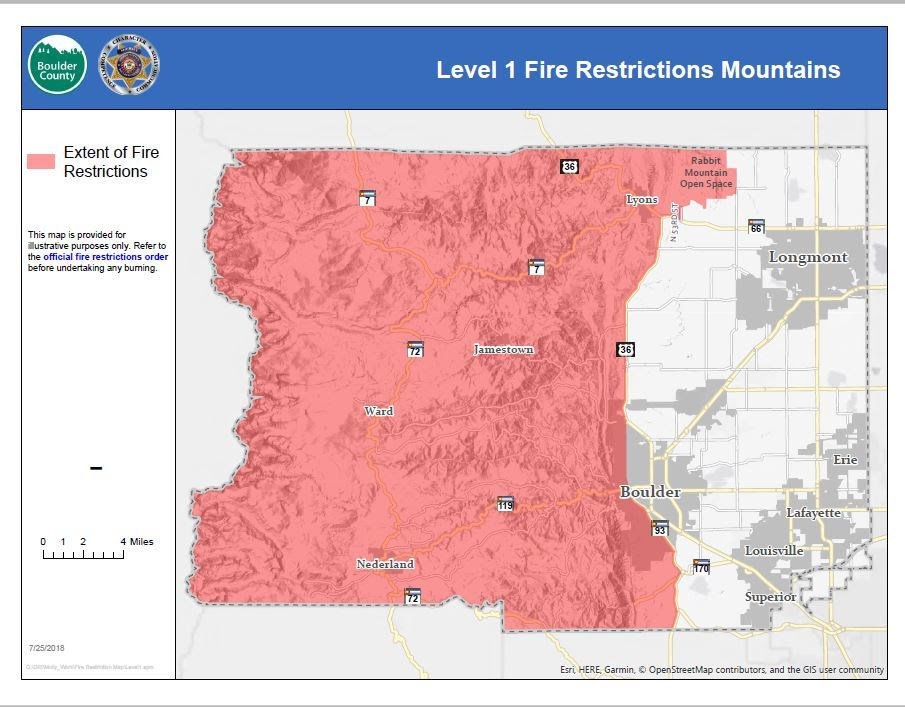 With the July 4 weekend approaching, the Boulder County Sheriff’s Office is asking those heading to the hills for the holiday to leave their fireworks behind.

Fire restrictions are in place in unincorporated western Boulder County, including mountain areas, and no fireworks of any kind are allowed, the sheriff’s office stated in a news release. Areas included in the fire restrictions are:

In areas without restrictions, only those fireworks that do not explode or leave the ground are legal statewide. In Longmont city limits, all fireworks, including sparklers, are illegal on city streets and golf courses and in parks and other public areas.

A full list of what is allowed and not allowed under state law can be found here.

Penalties for violating fireworks laws can include fines of up to $750, six months in prison or both, according to the sheriff’s office.

In Longmont, police are asking residents to make their neighborhoods “voluntary fireworks-free zones.”

Fireworks complaints can be difficult to enforce, according to Longmont Deputy Police Chief Jeff Satur, because often they do not include exact locations and there oftentimes are delays in responding to them.

Residents are asked not to call 911 to report fireworks violations. Violations can be reported by calling the Longmont Emergency Communications Center at 303-651-8501. Callers can choose to remain anonymous or be identified in the course of the complaint.

Longmont out and about: The Longmont Museum opens exhibit to celebrate the 150th year anniversary of Longmont
Aug 5, 2021 12:00 PM