Affordable housing is a hot topic in Longmont. Many groups are working diligently to address the issue in a variety of ways.
Feb 16, 2019 3:00 PM By: Macie May 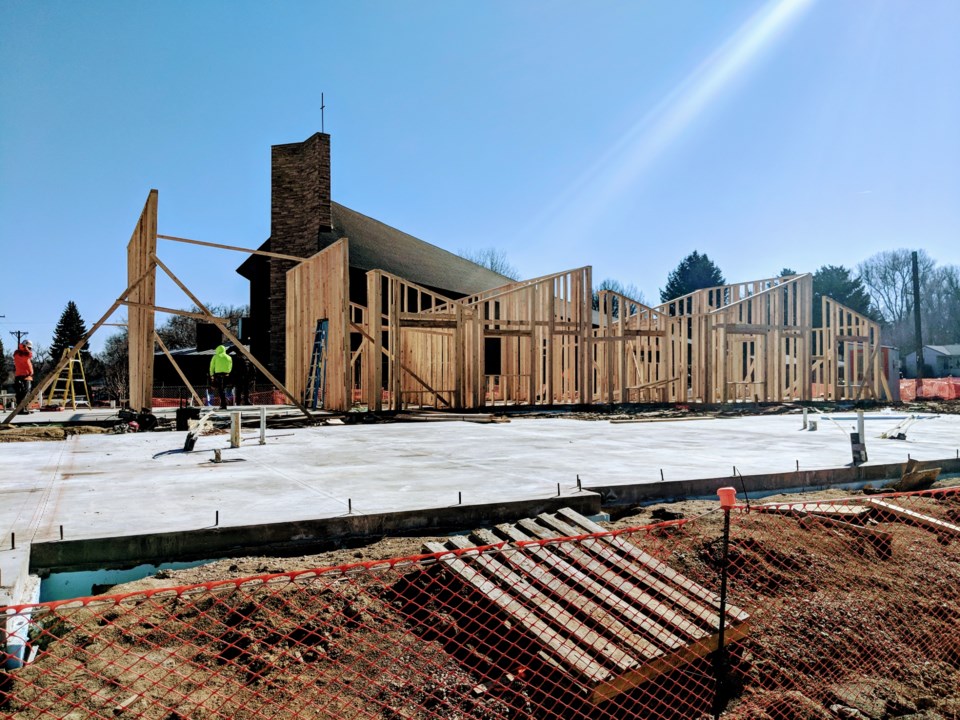 The Micah Homes (Photo courtesy of The Inn Between)

Affordable housing is a hot topic in Longmont. Many groups are working diligently to address the issue in a variety of ways. The United Church of Christ and The Inn Between have teamed up in an effort to make a small but impactful dent by starting what they have named the Micah Project.

The United Church of Christ approached The Inn Between in 2016 to form a collaborative effort on the topic of affordable housing.

At the time, the church had extra space on their grounds that was only being used as a parking lot. Realizing that the land could be used for something more, it was offered to The Inn Between to build affordable housing units on it.

When completed, the small quarter acre plot will hold six new units which will provide homes up to 14 people.

It began with this donation of land but has since gained many other contributors to the project. One such contributor is Longmont Housing Development Corportation (LHDC).

In January, the LHDC offered a matching donation opportunity of $60,000. The community rallied around the effort and The Inn Between was able to raise the $60,000 in one month.

Additional funding has been contributed from the City of Longmont in an affordable housing loan, two rounds of Boulder County Worthy Cause funding, First Community Lutheran Church provided $40,000 of seed money, many individual donors, and Krische Construction who is providing their construction services pro-bono.

"The end goal here is to build permanently affordable units that people with a limited income might otherwise be challenged to find," states Executive Director of The Inn Between, Tim Rakov.

In total, the project is expected to cost $800,000. At the end of January, Rakov estimated that the project has received $500,000. "Every dollar raised to support Micah Homes brings us closer to our goal and reduces the need of using loan funds to make it happen," says Rakov.

Fundraising efforts continue for this project. The Inn Between has put together a wish list that allows contributors to purchase individual studs or to make larger donations.

The homes in the Micah Project will be permanently affordable, costing residents only 30% of their income to live there.

The recipients of these homes have already been chosen from people who are currently working with The Inn Between in their transitional housing program.

In addition to the new homes, The Inn Between will have an on-site service/community center for residents to continue the support they need and have a community room for social gatherings.

Although this project has come a long way it still has a ways to go. Over the month, The Inn Between is hosting a community campaign to purchase 8,250 studs to help frame the homes. Studs cost around $2 each.

The Micah Project will celebrate their ribbon cutting on March 5 from 4-5 p.m. The project's location is 1515 Warren Ave. Longmont, CO. Ribbon cuttings are free and open to the public.

Firehouse Art Center puts out call for Summer on the Streets volunteers
Aug 4, 2020 7:00 AM
Comments
We welcome your feedback and encourage you to share your thoughts. We ask that you be respectful of others and their points of view, refrain from personal attacks and stay on topic. To learn about our commenting policies and how we moderate, please read our Community Guidelines.