Twenty-six people gathered in the St Vrain Memorial Building at Roosevelt Park to learn to stagger and shuffle to the rhythm of Michael Jackson’s iconic hit.
Oct 17, 2020 12:59 PM By: Matt Maenpaa 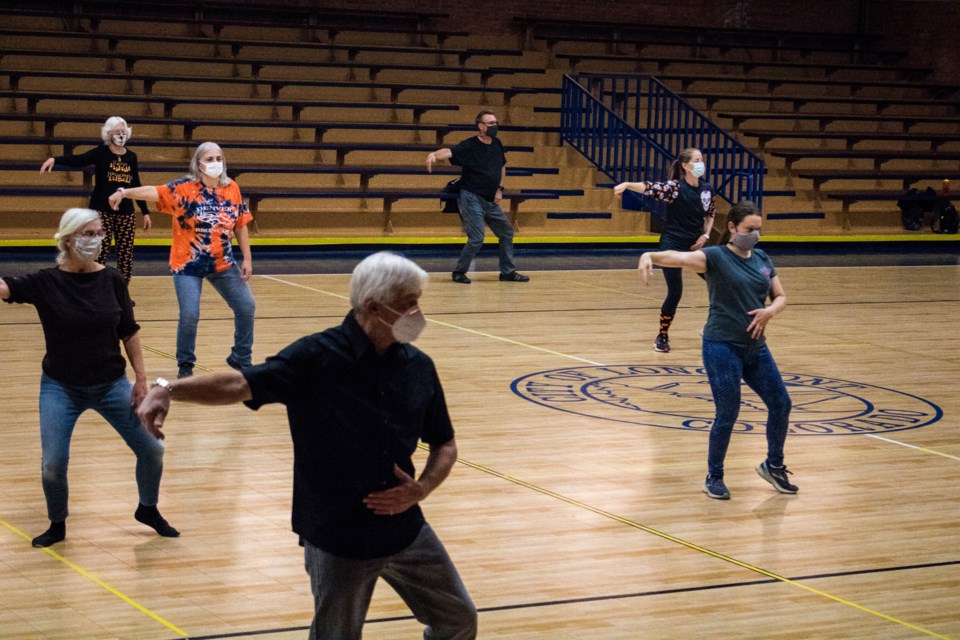 With Halloween just around the corner, a group of dancers got into the spirit of the season Friday night, learning to emulate the zombie-like moves made famous by Michael Jackson 38  years ago.

Twenty-six people gathered in the St Vrain Memorial Building at Roosevelt Park as Longmont Recreation Services hosted the workshop taught by Casablanca Dance Studio instructor Carl Gerleit, who with the help of his son, Derek, taught attendees to stagger and shuffle to the rhythm of Michael Jackson’s pop classic “Thriller.”

The group spread out across the basketball court, maintaining social distance and donning masks for the duration of the two-hour workshop. Of the 26 participants, the vast majority were women, and the whole group was of varied age. 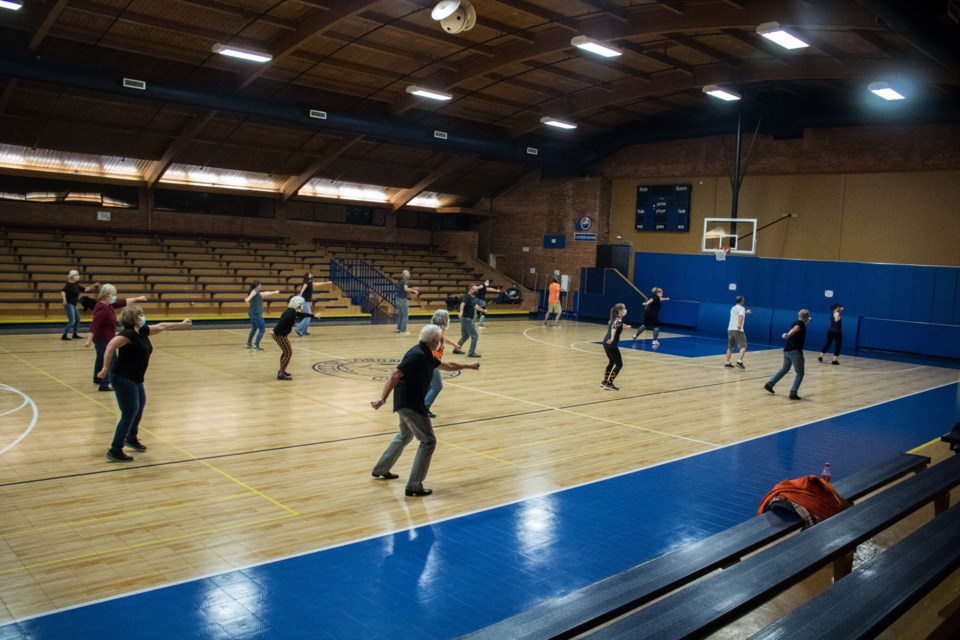 Participants go through their paces at the Thriller workshop hosted by Longmont Recreation Services on Friday. (Photo by Matt Maenpaa)
The steps took some practice, with the Gerleits demonstrating the moves and giving them their proper names. Repetition was the name of the game, as instructors and students chained together the steps before setting them to a slowed-down version of the song.

The workshop, a sweaty two hours of joy and spooky shuffling, ended with the dancers putting the whole thing together.

The Gerleits and Casablanca Dance Studio started the Thriller workshop in 2009 before Jackson’s death in June that year. Despite the death of the pop icon, they opted to carry on with the workshop, and it’s been a tradition ever since.

Twelve years later, and in the time of a pandemic, attendance has declined, but smaller numbers don’t mean less fun.

“The first year, we had nearly 80 people I think. Last year we had maybe 30, but it’s always a fun time.” Derek Gerleit  said. “There are always a few familiar faces and plenty of newcomers every year.” 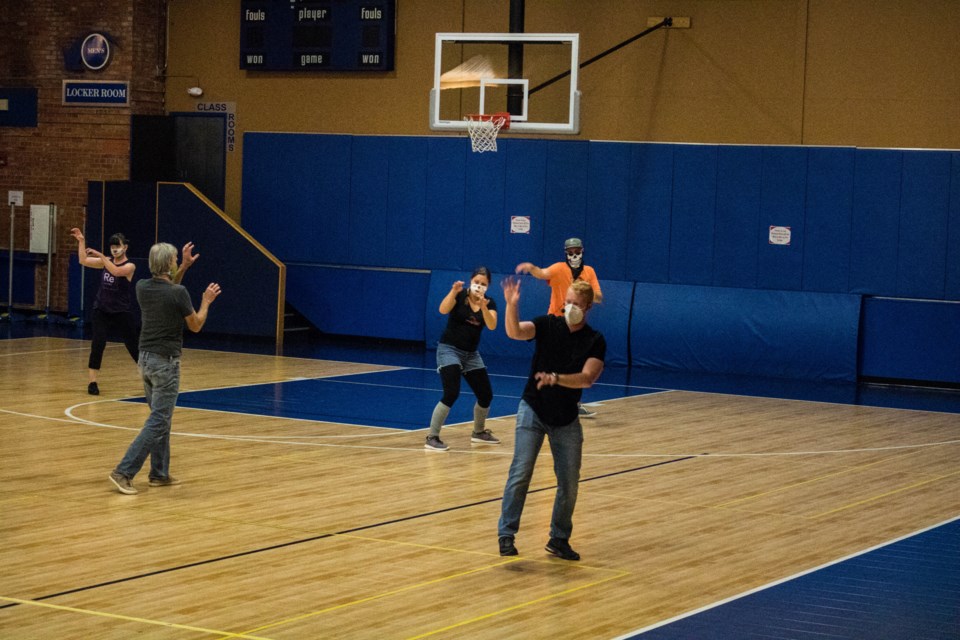