Trish Zornio, 2020 Candidate for U.S. Senate, Sits Down With the Longmont Observer 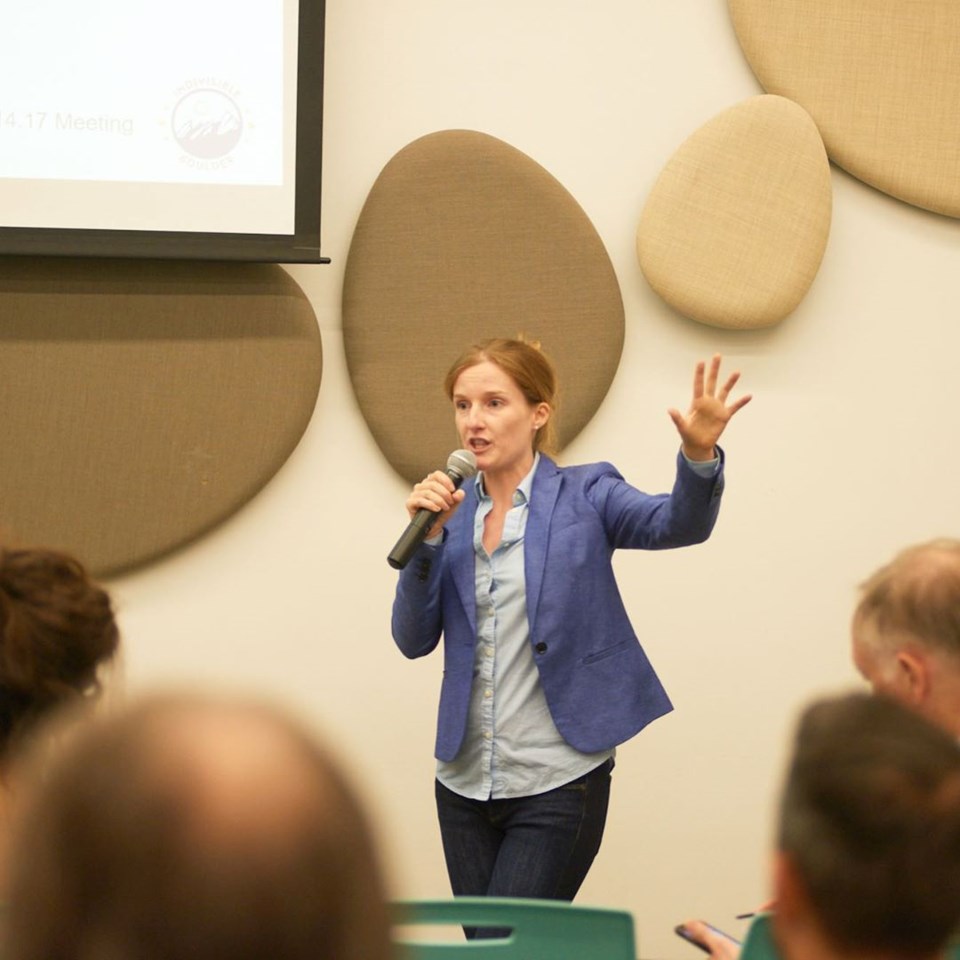 Trish Zornio, Democrat running for the U.S. Senate in 2020, sat down for a 45 minute interview with the Longmont Observer's Shakeel Dalal. In the interview, Zornio talked about growing up in rural New Hampshire, science-based policy making and anti-science sentiment from liberal activists, her opposition to incumbent Senator Cory Gardner and what positions she would take on hot button issues if she were elected.

Zornio is currently a resident of Superior, CO and teaches as a lecturer at the University of Colorado - Denver. In the past decade living in Colorado, she has worked in translational medicine, neuropsychology and taught at universities. She described the town she grew up in as small, rural and conservative, and discussed at length how that upbringing influenced how she views issues differently from other Democrats.

Among the issues Zornio considers the most important, and where she brings a particular perspective, are healthcare, gun violence and the use of science in policy making. In describing the town she grew up in, "I know what it's like to not have a local grocery store...We had to travel a little over an hour to go to any sort of a grocery store. I know what it's like to have hospitals be much further away. So when we talk about why access to healthcare is an issue, in a lot of these rural communities it's a different type of issue. It's literally the ability to get the care we need."

The issue of gun violence touches a particular point for Zornio, who grew up target shooting and learning how to safely handle and fire guns from her family. "For me, thoughts and prayers are not enough anymore. We are literally having children lunging after gunmen, we are having children apply pressure to their friends' bullet wounds." Zornio prefers to frame the issue of gun violence as one of gun safety and enforcing good practice by gun owners, and specifically cites draft legislation framed by the American College of Physicians after the 2012 Sandy Hook shooting.

Zornio also had harsh words for incumbent Senator Cory Gardner, whom she would run against if she secures the Democratic party's nomination in a crowded field of 12 candidates. "We have robust evidence to show what is happening [with respect to climate change], and Mr. Gardner has hardly even acknowledged that it exists, let alone the impact by man. He is out of step, completely out of step with the scientific literature on these fronts."

Regarding Senator Gardner's interactions with the Trump administration, Zornio criticized his apparent deference to the President. "He is continuing to support an administration that Coloradans did not choose and overwhelmingly do not support. And so my issue with Mr. Gardner, at large, is that he doesn't use his voice for what he says should be able to happen. He doesn't use the voice he has been given by Coloradans to represent us. And that is a bigger concern. At one point he even said it was not his role as a senator to advise the president on positions such as the EPA. And I think this is, for me, first of all, which job description did he read?"

Arborist aerial rescue training Friday in Longmont's Thompson Neighborhood Park
Aug 4, 2020 9:00 AM
Comments
We welcome your feedback and encourage you to share your thoughts. We ask that you be respectful of others and their points of view, refrain from personal attacks and stay on topic. To learn about our commenting policies and how we moderate, please read our Community Guidelines.