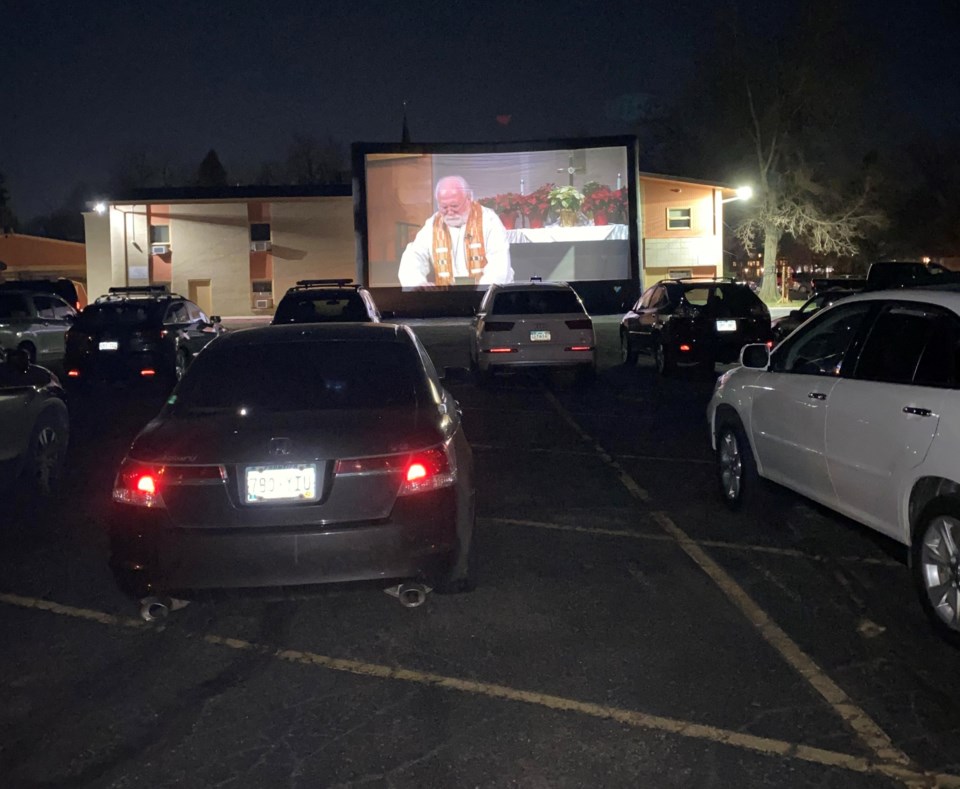 Youth are taking the lead to bring entertainment and education to Longmont this weekend.

“I'm a big fan of cinema as a whole. And I don't think it's talked about as an art form enough,” said Isaiah Smith, a County Collective arts leader, “and I think that it can be super, super educational while also being entertaining.” He gives full credit for the idea of the pop-up drive-in to Dean Morales, another arts leader for the County Collective.

Most weeks, the group will run two movies a week throughout the winter. At least one movie each week will include a discussion session which will take place on Zoom.

“Why can’t we offer drive in movies that provoke discussions about race, immigration, mental health, etc ...,” Morales said in a news release.

“This is a way to bring the community together and it includes us having fun, restaurants being able to sell their food, nonprofits raising money, creating jobs and youth leading change,”  said Hermine Ngnomire, founder of County Collectives.

Eric Hozempa, executive director of the Longmont Community Foundation (LCF), said the foundation was proud and honored to support CommCi’s growth until they receive their 501(c)3 status. He remarked that the project is well thought out and has incredibly detailed planning.

“I think that the cinema is pretty brilliant in the in the sense of ... let's bring people together for a cinema and then also have some talks and discussions about the movies’ themes, maybe having some of the people from either the movie itself or having other people lead in discussions about the meaning of the movie,” Hozempa said, “Maybe talking about (it will help with) everybody getting along a little bit better and appreciating the fact that certain issues have gone on for centuries that haven't really been really discussed and we haven't really made much movement towards.”

Hozempa said LCF helped the nonprofit find contacts to ensure compliance with city planning/codes. Those provided quite a bit of challenge for CommCi as COVID, the city’s processes, and the location in a residential neighborhood collided.

Ben Ortiz, transportation planner for the city of Longmont’s planning and development services department, said he had several concerns once the application landed on his desk.

“My main concern was the peace and tranquility of the neighborhood and, the safety, obviously, of those who are attending.”

In addition to helping the group confer with Boulder County Public Health to be sure the event met county COVID guidelines, Ortiz addressed noise ordinances, traffic plans, and the initial ask of 153 days temporary use application, which typically expire after 14 days.

Smith said that one of the biggest challenges in launching the program was the zoning issues. The initial application and discussion with the city began near the end of November. The group received its letter of approval for their temporary event on December 28, just in time for the New Year’s Eve launch.

In addition to covering issues of racial justice and addressing other social justice issues, the group wanted to give back to a community hard-hit by the pandemic. They were unable to incorporate food trucks in the event due to red level restrictions but have partnered with local restaurants to offer pre-orders for dinners. Additionally, CommCi will highlight a different nonprofit that fits the theme of the week’s discussion  movie. Partnering nonprofits will receive 10% of the proceeds from the associated events.

Community Cinemas will begin showing Drive-in movies at Heart of Longmont Church in a New Year’s Eve Celebration beginning with “Spiderman Into the Spiderverse” at 4:30 this afternoon, followed by a 7:15 showing of “Star Wars: Return of the Jedi.” They will offer popcorn, beverages and warming mechanisms for movie patrons. Tickets are $52.80 per car and the initial showings are focused on family movies and classic favorites.