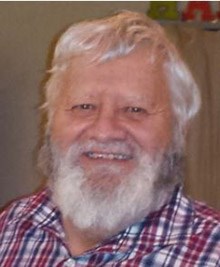 Al was born in St. Paul, Minnesota, to Norma and Alger Syme II. He met the love of his life, Kathleen, when he was only 19. After they married in 1969, life proved to be an adventure. Their love for missions took them all throughout the United States and throughout Latin America, as they taught others about faith. They had four cherished children. Al was a skilled aircraft mechanic and pilot. People always said he could fix anything. He loved ham radio and held the highest possible ranking for a ham radio operator, complete with mastery of Morse code.

He is survived by his wife, Kathleen, and their four children – Phillip (Ann), Matthew (Pam), Bonnie, and Cindy, along with his five grandchildren – Henry, Cora, Jeremiah, Erika, and Alex. Sisters Elizabeth “Betty” (Keith) Jensen and Julie (Wayne) Holstad. He is preceded in death by his parents, Alger and Norma, his sister Kathryn Syme.

Services will be held Tuesday, May 4 at 10AM at Risen Savior Lutheran Church in Broomfield.