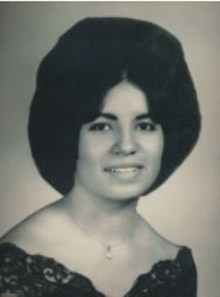 A mass of Christian burial for longtime Lamar resident, Alice Mae Ibarra will be held at 10:00AM on Monday, May 10, 2021 at the St. Frances de Sales/Our Lady of Guadalupe Catholic Church with Reverend Steven Murray as celebrant. A rosary service will be held prior to the mass at 9:30AM with Deacon Allan Medina reciting. Interment will follow at the Fairmount Cemetery in the Veteran’s Section.

She is preceded in death by her mother, Jessie Terronez; her grandparents, Juanita and Ramon Terronez.

Alice Mae is survived by her husband, Raul Ibarra of the family home in Lamar; children, Raul Jr ( Sandra) of Colorado Springs, Pamela (Jason) of Des Moines, Iowa, Veronica Ibarra of Richmond, Texas, Roland (Chandra) of Lamar, Jessica (Leo) of Lamar, her sibling and best friend, Jo Ann Orozco of Lamar, grandchildren, Ashley, Alicia of Lamar, Stephanie, Zach, Jacob of Des Moines, Iowa, Adrian, Xavier of Houston, TX, Nadia, Beck, Gia of Lamar, CO, Isreal, Alexandra of Denver, Andrea of Lamar. She is also survived by her great grandchildren, Mariah, Ellia, Miley, Rosa, Daisy, Lailie, Aracely, and Lorenzo who is due in July, nieces, Michelle Ramos and Annissa and Allison, Addyson, Dayzee, Xenissie, Uneeke, who she treated as her own, her uncle Lupe Terronez who was raised with her and Jo Ann as well as several aunt's and another uncle, numerous cousins, a host of friends and her beloved pet J.R..

Memorial contributions may be made to the Lamar Area Hospice either direct or in care of the funeral home office.